23:25 - At the mid point of a narrow wooden bridge with my puppy. I would be the first one to admit that the bridge is only meant to be for cyclists. Certainly not for a maniac on his scooter.

The person on the scooter is at a pace that would seriously do damage to anything he would have made contact with (dog, me, bridge, the mud on the river bank).

I’m 6’4" and have my full wingspan spread out in the clotheslining position. The guy breaks (he has nowhere to go but straight), fortunately I drop my arm, he skids, he stops and starts laughing at me. In my other hand, I have my phone. I light up my screen on the phone, I take a photo of his lit up number plate as he is wheel spinning the f@$k out of there.

So he is parked at the end of the bridge and his girlfriend on her scooter is now at the other end. I feel like “The Troll” from the “Billy Goat Gruff” story with a puppy as a sidekick patrolling the bridge. Big stand off for about 5mins.

Walk in the direction of home, passing the female scooterist, male guy comes zipping over the(my) bridge, I now have my phone fully stretched out in front of me as if it was a hand grenade ready to detonate.

Adrenaline still pumping as I type. Things could have gone so wrong.

Moral of the story: If you have a new phone that has video features and can be accessed very quickly, make sure it doesn’t autolock after 5 secs and you don’t get the footage.

he stops and starts laughing at me. 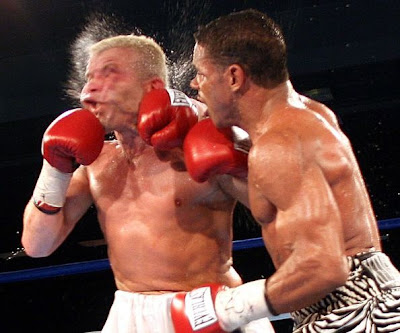 Good thinking getting a picture with the cel cam!

I think this is where the male posters have to chime in with how they would have - let me see, what is the American expression?, ah yes, - opened up a tin of spank bottom.

I feel like “The Troll” from the “Billy Goat Gruff” story

My good man, for future reference, please note that comparing potentially violent encounters to kindy stories rather reduces the dramatic impact. I could have accepted a comparison to that hero in tights, Robin Hood, but please spare us the pre-schooler pantheon of animal characters.

[quote=“GRC22”]
Moral of the story: If you have a new phone that has video features and can be accessed very quickly, make sure it doesn’t autolock after 5 secs and you don’t get the footage.[/quote]
Classic!
:bravo: