I turned on my computer just now and saw this headline.

Here’s a picture of the kid.

Here’s the article in its entirety.

[quote]ST. PAUL – St. Paul Police were notified of a child wandering the halls of an apartment complex at 175 Charles Ave. Tuesday. Officers extensively searched the complex and surrounding areas, but did not find anyone who identified themselves as the 2-year-old’s parents or guardians.

The 2-year-old boy, possibly Somali, is in need of the public’s help in identifying the young boy or his parents.

As of 5:30 p.m. Tuesday, no one has reported the young boy missing.

The boy is 3’ tall and 30 lbs. and was found wearing the same clothes as in the image[/quote]
link

It’s my understanding that “abandoned” means, or at least suggests, willful or purposeful desire to drop him off and leave him. Isn’t that correct?

As you can see in the article, there doesn’t appear to be any evidence whatsoever to support that. It’s equally possible the child may be “lost” and the parents may be frantically looking for him. He may have “strayed off.” Or perhaps he was “abducted and taken from his parents.”

At this point it seems anything is possible. Weren’t they wrong to refer to the kid as “abandoned”? He is a cute kid. But he’s black. Would they (Fox News) have used that word if it were a cute blond haired girl with blue eyes and curls?

Don’t accuse me of being a hypersensitive liberal. I’m just asking.

How did they know he was Somali? Was he trying to shoot down the police helicopter. Does he try to hijack the bathtub toys? Yeah, it’s racist.

How did they know he was Somali? Was he trying to shoot down the police helicopter. Does he try to hijack the bathtub toys? Yeah, it’s racist.

Perhaps they were using a different meaning of the word.

Maybe they wanted to say that the child was “exhuberantly enthusiastic.”

On a more serious note . . . I think they should wait a little longer before using the word, “abandoned.”

If my two-year-old child were missing for very long, I’d sure report it to the police. In this case, they say that by 5:30 of the same day, no one had claimed the child or reported it missing.

How did they know the child was from Somalia? I’m guessing that there aren’t a lot of Somalians in Minnesota.

Meethinks there could be two or three more sentences in this report that clarify the situation.

But that would be so gay!

A intern from a podunk J-school wrote the article under deadline. What do you expect?

And had to find short words for a pithy headline.

Deadlines explain a lot. “Intern from a podunk J-school” explains even more.

A quick search shows that Minnesota has a sizable Somali population (more than any other state). Whattayaknow.

I knew they took in a lot of Laotians three decades ago, but I hadn’t heard about the Somalians.

Minnesota is about as cold as it gets in the U.S. It must take some getting used to for the people of Laos and Somalia.

Actually there are a LOT of Poles in Minnesota, especially up north where Robert Zimmerman comes from.

However, there are very few ten-foot Poles in Minnesota. The average Pole is less than 180 centimeters tall.

Without sounding racist (I hope) I quite often find it easy to tell which group a person is from within an ethnicity. Somali’s do a have a very different look to say Aboriginal Australians for example. I have often confused students with my ability to work out who is Hakka and who is not on features alone…

But anyway, the article is pretty racist

(a) equally likely to be true,
(b) not insulting/defamatory to the parents,
© even shorter and thus a better headline?

If this was the child, would they promptly announce that she was “abandoned”? Or would they use some other wording? 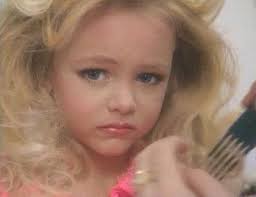 Personally I’m astonished Nama would make such a racist generalisation about black males and their members, and in this case it’s just some kid!

Personally I’m astonished Nama would make such a racist generalization about black males and their members, and in this case it’s just some kid!

You don’t think Obama got into the White House on charm alone, now do you?

I don’t exactly see how this article is racist. But if you want to take up my race-card quota for the month, MT please feel free.

I don’t exactly see how this article is racist. But if you want to take up my race-card quota for the month, MT please feel free.

Thanks. Here’s how it works. What do you think?

Your efforts in law are clearly squandered. You should get a job in the media!

What efforts in law? Do I appear to be working?

I don’t think the article/headline is necessarily racist. They could have used the term “abandoned” because as of yet nobody has reported a missing child. If a child is missing and reported as such, it would be incorrect to term the child as “abandoned”.

The headline could be inaccurate, as the child’s parents and or guardians could be desperately searching for him… but, based on what it appears that the writer of the headline knows, the use of “abandoned” isn’t necessarily a racist usage, IMO.

Do you agree that there is such a thing a “Missing White Girl Syndrome”, which works like this?

[quote]“missing white girl” syndrome, and it continues to be one of the most pernicious expressions of our contemporary media culture. The latest celebrity victim is an adorable little girl named Caylee Anthony, a child who has been missing for months from the care of an unstable mother, who remains in jail. . .

Caylee Anthony is the latest in a long list of celebrity victims, or should I say, victims who become celebrities. You know their names by now: Polly Klaas, JonBenet Ramsey, Elizabeth Smart, Chandra Levy, Laci Peterson, Natalee Holloway, and now Caylee Anthony. These victims, who were either kidnapped or murdered or both, have several things in common:

Beneath the endless cable promotions and unquenchable public curiosity is a dark hole. If you shine a light into that hole you will find three familiar demons: racism, sexism, and a virulent class bias. . .

Here’s how it works. . . First you identify an appropriate victim. Then you alert us time and time again of her and our collective vulnerability. The exposure turns the victim into a celebrity, a household name. You create an irresistible story engine, a question that viewers need to have answered: Is this girl dead or alive? What happened to her? Where is she? Who did this to her? Why isn’t law enforcement more effective in finding the victim or prosecuting the criminal? Finally, to justify continuing coverage, you treat even the tiniest new development in the case as “breaking news” or an “exclusive report.”

. . . . Please try and think of exceptions to this coverage if you can. Perhaps you recall the recent case of murder involving relatives of actress and singer Jennifer Hudson, who lost her mother, brother, and nephew. Jennifer Hudson gained her fame through “American Idol” and her Oscar-winning performance in “Dreamgirls,” and it was her celebrity that drove the news coverage, not the plight of her missing 7-year-old nephew.

Do you remember his name? It was Julian King. If he had been a pretty white girl, it would probably be on the tip of your tongue.[/quote]
poynter.org/column.asp?id=78&aid=154337

Isn’t the above true?

Still no Clue to Whereabout’s of Toddler’s Parents.

Instead, all we get is a few local sources saying, “Looking for parents of abandoned kid.”