Is traffic the worst part of Taiwan's lingering third worldism?

It was awful! I got stuck in Sanchong!

When people ask if learning Chinese is hard, just tell them that there are some words that are so difficult to comprehend even many Taiwanese have no idea what they mean… 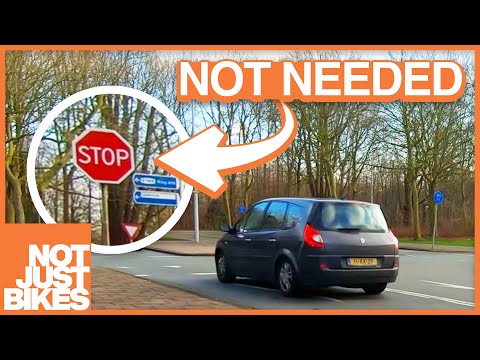 Some of the buses I take are now up to 75 minutes.

I thought you just walked everywhere

I don’t know what that means, is it important ?

I don’t know what that means, is it important ?

You sir have demonstrated that you are now eligible for honorary Taiwanese citizenship!

You will see this word in this sign, which means “Parking for luxury cars, rainy days, and everyone who can’t be arsed”

Lol, oh shit. I thought it was weird i only saw 1 or two red stop signs in town. Or is that indicating the stop line?

it was weird i only saw 1 or two red stop signs in town.

Eh, that’s one or two more than most of the other drivers noticed. I think you’re OK.

I’m not sure if the 停 indicates anything more than what the white line / stop line already does. For others who pay more attention to the letter than the spirit of the law: if there’s no 停 in the picture above, does that actually change anything? I don’t think it would to me.

Improving basic walkability would help a lot too. Having to cross in between roads and qilou and dodge the messes on both walking becomes a lot less attractive. Just easier to just do the same as everyone else ride a scooter directly to where you want to go.

Similarly stupid stuff like intersection corner/entrance to parking lots which makes it pretty dangerous for drivers and pedestrians, lack of basic enforcement, and just basic concepts of safety. Even police officers seems to lack the basic understanding of why they issue illegal parking fines. Have recently seen a few police officers writing up people for illegally parking on a red line close to an intersection, meanwhile the police parks their car on two crosswalks whilst there’s plenty of space all around for them to park their car in safe manner.

Also those delivery trucks man…have to watch out for those, almost got turned into paste again by those dangerous drivers, they see people as points like you’re in a video game. Got run off the sidewalk a bit (missed me by ~10cm I would guess) as they parked on the corner of an intersection or similar situations where they backup into a small spot with no spotter in an area with a decent amount of foot traffic and poor visibility.

Lmao I’ve made this joke multiple times to the wife. I’ve narrowed it down to the following:

Last year Hualien city starting adding alot more traffic lights…and even nearby county. Have to be careful as what was a blinking YELLOW light for the last 8 years is suddenly a RED light. I almost blew through one last week as is on a major road and the YELLOW was replaced at an intersection which might have less then 10 cars per day there…as is very, very small road and does not connect to other side.

Another light I almost ran through because I turned right and just two car lengths from the intersection is a new RED light. I was even worried my tail-end was sticking out into the previous intersection…and knew anyone else turning right would not have enough time to stop before hitting me.

Improving basic walkability would help a lot too

Taiwan should really push even further measures to discourage car usage and ownership. Like required to have a proper registered parking spaces for cars (scooters would be impracticable), toughen up the licence requirements (and reordering the motorbike licencing system, personal rant, the division for white, yellow and red plate bikes is moronic), make gas and tolls more expensive, together with more expensive car fees and parking fees in urban areas.

There are so many idiotic things it’s hard to know where to start. You havent even mentioned the apalling road design , the enforcement and the air pollution issues of current vehicles.

The only plus really is that it is pretty cheap to operate a car with low fuel, tax and insurance, parts and labour cost.

Well, I come from a country with no road design😂 where urban roads are thousands years old, designed at most for horse-drawn carts and people, not cars for sure. The issue of pollution will get better with the decrease of traffic, but the real pollutant are electric power plants still using coal and oil and some heavy industry. However, pollution here in Taiwan is already better than many other places (used to live in HK, all the crap coming from the Mainland it’s appalling, couldn’t see 50 metres away at times, headaches and coughs). A better street management policy is indeed a real need, too many cars randomly parked. A system similar to Japan of car ownership based on register parking space would help greatly. Also increasing the costs of licence and the difficulty of the test will help to “grow a conscience”. Somewhere ought to start…

Awesome Taiwanese boyfriend keeps fleeing from the police pursuit even though his girlfriend fell from the scooter. What a guy. He ain’t getting laid anytime soon. It could be worse @TaipeiXiaojie

No third worldism in Taiwan compares to the level of hatred for women in America.

No third worldism in Taiwan compares to the level of hatred for women in America.

Well,gee @gain…this Taiwanese guy sure didn’t show much love, loyalty or concern for his girlfriend’s well-being.

No idea why you’re bringing the whataboutism regarding the United States into this thread.