Jackie Chan wants to join the party? Say it isn't so

Anyway, back to Jackie. What is he thinking? This is so antithetical to his entire career and his messages.

I’m not going to burn or delete my Jackie Chan material. In fact I’m going to make an effort to actually sit and watch all the classic movies I’ve collected and haven’t had a chance to see.
I won’t throw out an actors material just because they’ve done some bad things.
(Well, Miley Cyrus may be an exception）

What is driving him? It cannot be financial. I believe he and his family stay in Taiwan and the States.
I don’t see any new movies of his coming from China.
I can’t wait to see the day he comes to his senses, moves to Taiwan, lies on the therapist’s couch and writes his tell all book.
By the way, I’m waiting for Jay Chou to possibly turn. To me, his movies and short videos show the essence of Taiwan life. But I just saw an article that states he gets quite a bit of money from the other side of the straight… 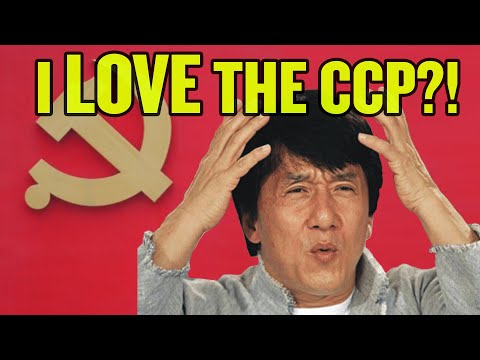 Fuck Jackie Chan. This is not antithetical. This is peak Chan.

Fuck Jackie Chan. This is not antithetical. This is peak Chan.

Hey, bear.
Elaborate more. How much do you know him and his work?
Did you watch his movies on the small TV back in the States and feel uplifted afterwards?
Were you sent by devoted fans to search the vcd bins of a country you can’t even understand the language of when they found out that you were going to Taiwan?
I was.

Like I said, this is not out of character for him at all. He’s been building up to it for years.

For those who may have forgotten:

nytimes.com/2009/04/20/arts/ … han&st=cse Jackie Chan Says Chinese Need Control Published: April 19, 2009 It’s not unusual for actors to stumble when they talk about politics, but Jackie Chan, below, has struck a nerve on a particularly divisive issue. In the southern Chinese province of Hainan on Saturday Mr. Chan, the action star, told a group of business leaders, “I’m not sure if it’s good to have freedom or not,” The Associated Press reported. He also said: “I’m gradually beginning to fee…

Yeah, all true. He like, sadly like many a
star, turn out to be not great people.
But for years…it was Jackie Chan, Andy Lau and a few others calling me to come to Taiwan. And to a lesser extent Hong Kong I arrived here the month Hong Kong was "given back. I never made it there

I feel kind of betrayed by and hope for redemption.
But, I loved and still love his work.

I never made it there

Say what? You love Jackie Chan and you went to Taiwan and never went to HK? That is weird man!

And, who’s that Taiwanese singer standing next to him on that stage.
I’m still stuck in the old style Taiwan pop of Yuki and Coco Lee, so I’m a little out of date.
How can she show herself in Taiwan after this. Did she get back lash?

I like Wagner. That’s all I have to say on this matter.

You love Jackie Chan and you went to Taiwan and never went to HK? That is weird man

He did marry a famous Taiwanese actress and almost lived exclusively in Taiwan for a while. During that time he did many promos for the Taiwanese government to promote blood drive or quit smoking.

Say what? You love Jackie Chan and you went to Taiwan and never went to HK? That is weird man!

Yeah right…
And I say $$$$$
And a dangerous fish allergy…
My girlfriend thought I’d probably eat something and die. .
Did. The Taiwan hospital tour …
But yeah… I regret it and was hoping to go there sometime in the future.
But, by that time they’ll probably be nothing left.

OK you guys are more on top of the JC details than I am. I will leave the room now.

He did marry a famous Taiwanese actress and almost lived exclusively in Taiwan for a while. During that time he did many promos for the Taiwanese government to promote blood drive or quit smoking.

That’s why I’m going crazy. My whole world is shattering man…
I don’t like it.

The Curse of Chan? 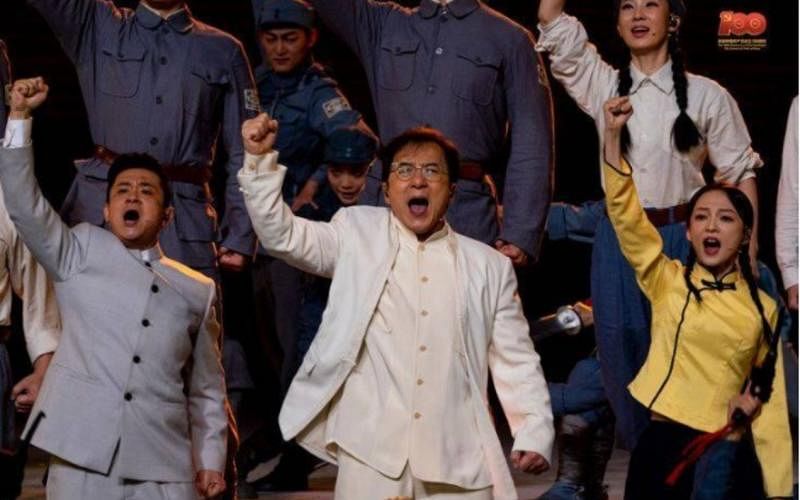 I’ve gotten the impression that joining the CCP has been sort of normalized:

In November of 2002, after years of controversy, the Chinese Communist Party officially welcomed private business owners into its ranks, formalizing the political status of China’s “red capitalists.”

I guess Mr. Chan qualifies as some kind of businessperson: I think this kind of thing has been touched upon at least once on the board, albeit in an indirect fashion:

When it comes to the Chinese language, I’m slow and I stumble around in the dark a lot, so I could be completely mistaken as to what I’ve pasted below, and I certainly don’t wish to defame anyone: https://m.weibo.cn/status/Cy1Z5D4Ar

I’m actually surprised he wasn’t a member already, after all the boot licking he’s done to the CCP over the past 2 decades.

Yes, pre-Rush hour Jackie Chan was great, but he’s a different person now and his movie aren’t even good since then. He just fully embraced his new masters as HK was returned to China.

If you go to China, it’s obvious how much he is part of the ecosystem, you’ll see all random ads of him for Chinese brand aircons, hair product, his face all over frozen dumpling packages, and let alone the Jackie Chan museum in Shanghai… He’ll take position any day for the CCP, remember he criticized Taiwan elections in the past calling them “a joke”, he was famous for saying he believed “chinese people must be controlled" about 10 years ago, likely he was 100% against the protests in HK.

I can’t believe people are surprised by that, but I guess people are a bit emotional when it comes to their childhood heroes.