Japan, US agree to cooperate if Taiwan and China clash: report

Appears there will be an agreement that ensures coordinated solidarity in the event of an attack on Taiwan. 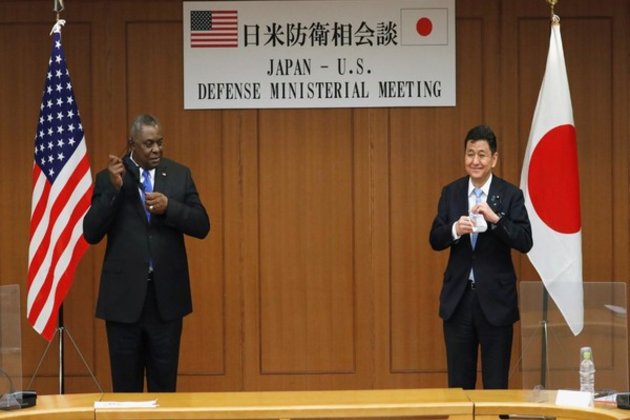 Japan, US agree to cooperate if Taiwan, China clash: report

Tokyo [Japan], March 22 (ANI): Japan and the US have agreed to closely cooperate in the event of a military clash between China and Taiwan, Kyodo News reported citing Japanese government sources.

Taiwan was discussed during the Japanese and US defence ministerial meeting.

US Defence Secretary Lloyd Austin brought up the issue of Taiwan during talks with Japanese Defence Minister Nobuo Kishi on Tuesday.

Though there was no discussion on how their countries should coordinate their response to such an emergency, the sources said on Saturday.

I feel like there needs to be all the “China is going to attack Taiwan” news in one thread.

It’s by necessity. China won’t stop at Taiwan, Japan will be next and they will be punished too.

It’s by necessity. China won’t stop at Taiwan, Japan will be next and they will be punished too.

Japan will kick the shit out of China. Again.

I just meant that all these articles about China potentially attacking should be on one thread, rather than someone starting a new one each time another article pops up

How is Kinmen a better staging area for an invasion of Taiwan than anywhere else on the southeast coast of China? They will not do Kinmen, they will do the uninhibited islands as the first step. Why? Because they, like Kinmen are not part of the Taiwan Relations Act and not recognized as a part of Taiwan, in fact recognized as part of China. From there they will leverage that threat for Taiwan to give China Kinmen and Matsu and you know what, they may get that without a shot being fired.

If China invades Taiwan, should the US intervene militarily? Taiwan Politics

I didn’t know that (at least, not explicitly). So, not really generous at all? Also, buffers; another reason for Mao to not take it would be to have a buffer with Stalin. Buffers, totally a reason that it is better for China to have Japan, Korea, and the Phils in their sphere of influence rather than have those as US allies without much in the way of buffers (to be fair, on land there is NK). Another good one from the Economist, of course perfect analogies are difficult, so Any more than …

Makes sense. Both close allies with a mutual interest in keeping China contained.

https://taipeitimes.com/News/front/archives/2021/03/25/2003754456
It seems the earliest that China may attack would be around July (CCP 100 year anniversary) or within 1 year of that. The reason being that Xi Jinping has put all of his eggs in the one basket. Everything happening in Taiwan is inevitably blamed on Taiwan being “independent” from China and the need to force Taiwan back under China’s control.

The good thing is the military/government would know 3 months prior to any attack happening and we would know by the sudden disappearance of those that can afford to flee (common behaviour that has happened over the course of millennia when war is approaching).

Seems highly unlikely. First of all, as you said,

So, we would see the evidence now or in the next few weeks (we’ll know soon!). Also, I’m out of FP freebies this month but Google gives me just enough preview of this article I read when I looked into the invasion question last summer before looking for jobs here:
“The wind and wave conditions start out as high in early March and become very low by the end of the month. … The invasion will happen in April or October.”

Taiwan Can Win a War With China

Beijing boasts it can seize the island easily. The PLA knows better.

And this assumes all-out military assault is the first option. There are reasons it could be, but also reasons they might try a blockade or other steps short of hot war first.

The present assumption is that Xi Jinping has until July to cement plans to take control of Taiwan. If he can’t take back Taiwan by July then he will need to make a major announcement at the 100 year CCP anniversary. In this scenario he has around 12 months from that time to take control of Taiwan and he has stated he will use any means available including force.

From what I can see Taiwan is quite easily defended. The US is also ramping up preparations (Japan, South Korea, Australia). The easiest way would be to cripple China’s reliance on imports. Hang on. They’re saying it could take 3 weeks to move the Ever Given.

Wouldn’t it be more beneficial for the CCP to wait until the US gets back into a middle eastern war?
Likelihood of that happening now is extremely high.

I think people need to understand if China invades Taiwan Vietnam, India and maybe even Russia will run across the boarder to secure more territory and resources.

China can’t afford to weaken one boarder to secure another. Maybe if they can develop enough of a military threat but at the moment it’s still just Chinese man power vs military assets.

The big threat China presents to Taiwan will be seen in the next election cycle. Expect a great effort from China to install a party sympathetic to their cause.

Wouldn’t it be more beneficial for the CCP to wait until the US gets back into a middle eastern war?

Likelihood of that happening now is extremely high.

I think people need to understand if China invades Taiwan Vietnam, India and maybe even Russia will run across the boarder to secure more territory and resources

I could see it from India, but less the other two. China was cultivating relations with Pakistan who might also take the opportunity to get some of Kashmir if India overly commits to a difficult Himalayan campaign. At this point we’re looking squarely at a WW3 scenario with up to 5 nuclear powers. Scary stuff but also not highly likely.

The big threat China presents to Taiwan will be seen in the next election cycle. Expect a great effort from China to install a party sympathetic to their cause.

Taiwan gets bumrushed by China
[Washington/Tokyo] In joint statement US President Biden and Japan’s Prime Minister Suga express their disappointment with chinese Present Xi. They stated that, if China does not cease hostilities against it’s neighbour, they will send a strongly worded letter, both countries closely coordinated on.

Fortunately our position lets us know if we were about to be bumrushed 6 months in advance.

If I had to decide when to bumrush taiwan, I’d choose cny. But do we really have 6 months notice? That’s more than a Tennant here can expect for his eviction notice

They only have october and april to bumrush

CNY would be guaranteed suicide.

And the amount of manpower and ships needed would make it impossible not to notice.

Can you explain why? 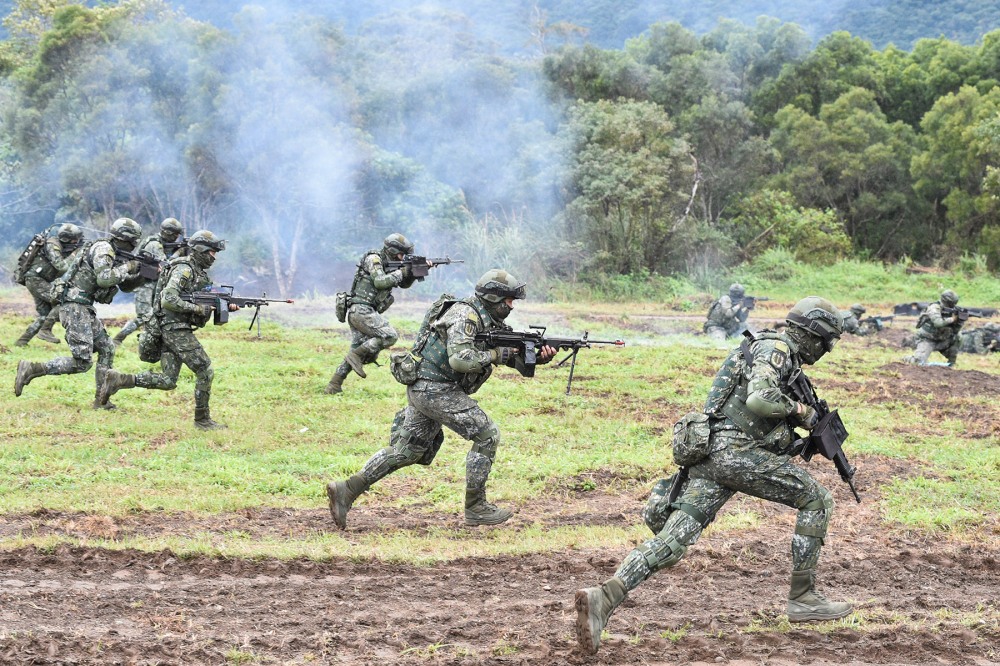 Taiwan Can Win a War With China

Beijing boasts it can seize the island easily. The PLA knows better.

They explain it better.