Looks like the prosecution is bending over backwards to bolster Rittenhouse’s case for self-defense.

Survivor of Rittenhouse shooting says he pointed gun at U.S. teen, tried to...

The only protester shot by Kyle Rittenhouse to survive testified on Monday that he believed the U.S. teenager was an "active shooter" and was trying to disarm Rittenhouse when a bullet from the teen's semi-automatic rifle severed part of his arm.

Legal Insurrection has been following the case, now in day 5.

It would be hard to fully express what a catastrophe this day was for Prosecutor Binger. State laughably responds with suddenly-discovered drone footage.

The MSM spun a narrative on this case which they are now mostly avoiding covering as the facts don’t align well with what they were pushing.

I can’t confirm the photo is real, but their case is just falling apart against Kyle.

Real, prompted at about 8:50, lawyer does the exchange, pans to Rittenhouse then as it pans back to the lawyer you can see the other lawyer in the background.

Impossible to determine if that was a reaction or simply him blocking out noise while he looks at his notes. But that witness is shit.

But that witness is shit

He really gives off that “lying sack of shit” vibe.

He really gives off that “lying sack of shit” vibe.

Don’t have 30 minutes to invest in to verify if true but wouldn’t surprise me.

I really wish I had bought that book at Princeton University bookstore last summer about how lying is OK for liberals and progressives when their side has the high ground, which is like, fernowanalways.

I was just tuning in to watch Rittenhouse’s testimony on the stand, and as he was starting to describe his confrontation with Rosenbaum, he broke down and started bawling like a five-year-old. Judge just called a 10 minute break.

Seems like a big mistake. The prosecution was already reeling, but having him testify could go either way.

It was a slam dunk

Judge just tore the ADA a new asshole for badgering the witness.

It was a slam dunk

So far, but it feels like anything could happen. The judge is really losing patience with the prosecution.

The judge is literally screaming at the ADA, and the defense is threatening to call for a mistrial. This is a really gripping trial. Judge: “Don’t get brazen with me!”

The judge is literally screaming at the ADA, and the defense is threatening to call for a mistrial. This is a really gripping trial. Judge: “Don’t get brazen with me!”

This was always going to be a show trial. From legal insurrection commenting on a defendants right to remain silent is a big no no, I didn’t know that. Source

For those who may not know, the right to silence is inviolate, and the fact that a defendant has remained silent may not be used against him in any way—including the prohibition that it may not be mentioned AT ALL by the prosecution at any time of the trial, EVER.

If there’s a single most inviolate civil right in American criminal law, this is it—the right of a defendant to remain silent, and not have the exercise of that right be used against them.

The prosecutor also brought up evidence the judge had ruled was inadmissible. Which is why I think the issue of a mistrial was brought up.

Why the antics from the prosecutor? Maybe he want a mistrial and perhaps he knows the outburst will play out as the judge is biased, which it seems some are already pushing as their new narrative. 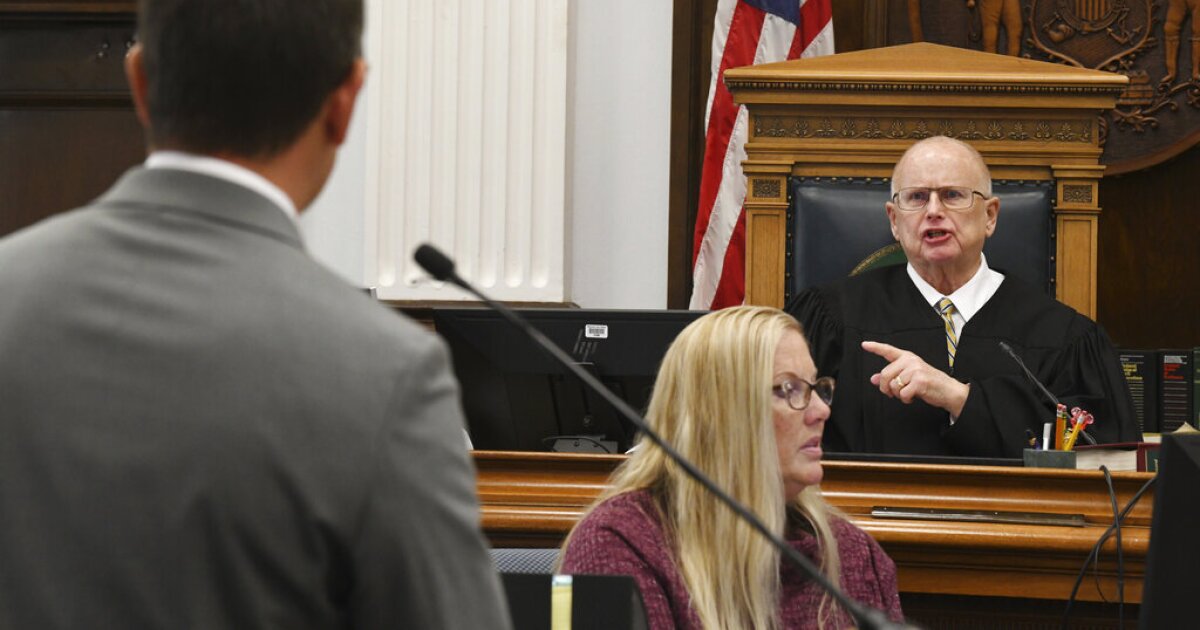 MSNBC host suggests Rittenhouse judge should be removed from the case

Tiffany Cross, the host of MSNBC's Cross Connection, pondered on Twitter about how the judge in the Kyle Rittenhouse trial could be removed from the case and accused him of bias after clips went viral of him berating the prosecution for its conduct...

CNN also had a contributor on that was questioning the impartiality of the judge.

There are complaints about the judge’s phone ringtone as well. Supposedly it’s a song Trump plays at his rallies.

I guess there will there be riots if he calls a mistrial.

The media already convicted this guy months ago! How can this be happening?