Germany has stepped up not only over Britain in Europe, but over the US globally.

global views of the US had jump so high under Obama

Well, prior to the 2016 election, it still had the standing of most powerful and influential country and government in the world.

The US has almost no influence if it leaves its purse in DC. We’re still the most powerful country in the world, Trump did not end that (or come close).

Now? It’s been clearly found that Russia can exert influence over its most significant elections and as such. Germany has stepped up not only over Britain in Europe, but over the US globally.

Russia had a trivial influence over the US election in 2016. Not sure what influence it has had on other Western nations, but not much at all in America.

No idea where or how Germany has stepped over the US globally, unless you’re talking about solar or other non-petrol forms of energy. If you mean that Germany has more influence than the US in Europe, I don’t think that’s a change due to Trump. Germany has more or less dominated Europe since the second reich (if not before).

this was a definitive blow – especially in the context of how global views of the US had jump so high under Obama.

And I’m afraid I have no idea what this means. If you mean that other nations disrespect the US because of our president, then again that’s not new. Trump didn’t cause that.

If you mean that the world’s respect was only due to our election of Obama, then hey, not worth much if it’s as fleeting as that. Pfft.

Obvious racist dog whistle to his homophobic supporters by a rabid Islamophobe.

Today, the Bureau of Industry and Security of the Department of Commerce announced that it will add 28 Chinese governmental and commercial organizations to the Entity List for engaging in or enabling activities contrary to the foreign policy...

“News from Syria is sickening,” Rep. Liz Cheney of Wyoming, the third-ranking Republican in the House, tweeted Wednesday, echoing lawmakers across the spectrum. “Turkish troops preparing to invade Syria from the north, Russian-backed forces from the south, ISIS fighters attacking Raqqa. Impossible to understand why @realDonaldTrump is leaving America’s allies to be slaughtered and enabling the return of ISIS.”

Those criticizing Trump here and AOC (laughable again as she critiqued him for having troops there recently), were you supporters of Bush and Obama blowing to shit out of countries for regime change where the ramifications are still reverberating and will be for decades to come.
The only reason there were US troops there was to prevent Syria occupying parts of its own country.
The goal of the likes of Lindsey Graham, Obama, Clinton et al was to turn Syria into a non-functioning state to allow regime change which would turn it into another 10 year civil war.
And note those criticizing Trump give a pass to Turkey.

I just don’t give a shit about the Middle East anymore. US has enough oil supplies and should slowly come off oil anyways. Their culture is garbage, their religion is garbage, they have no industry and if they did religious zealots killed it, they don’t really want or have a democratic spirit from what I’ve seen.

Let them kill each other for a while. Bring back the troops.

Yeah but part of that ‘let them kill each other’ situation involves massive civilian populations being killed and a humanitarian crisis. We just sentenced our allies to death.

massive civilian populations being killed and a humanitarian crisis

Has been happening long before US troops and will continue to happen when they leave. Nothings change besides American soldiers dying in a shit hole dessert. The ME does not want our help, I have zero reason to believe they even want democracy and freedom. Their culture is still primitive and stabilized by warlords and dictators. Us taking them out has made thing worse. They are tribal to the core. Nothing we can do to change that.

I have no problem with the idea of troop withdrawl and agree with you it is necessary. But the sudden withdrawal seems unhinged. McConnell and the GOP are furious for a reaaon.

Also, anyone from any culture can find something primitive in another culture. They may say the same about us. That doesn’t excuse poor leadership from the executive branch.

anyone from any culture can find something primitive in another culture.

I picked a very specific aspect to why being there doesn’t work. They are tribal and we’ve seen evidence of how overthrowing dictators and warlords for democracy has failed. They don’t want it.

I don’t disagree with the ‘doesn’t work’ part. But you have to remember the reason we are there is that previous instability from US wars threw the whole region into turmoil, and the conflicts there lingered. We had an active role in making the problems they have over there, and promised the Kurds our support. They betrayed that word, knowing civilian populations would get bulldozed. We also just handed Putin, ISIS, and Assad a win. Not good. 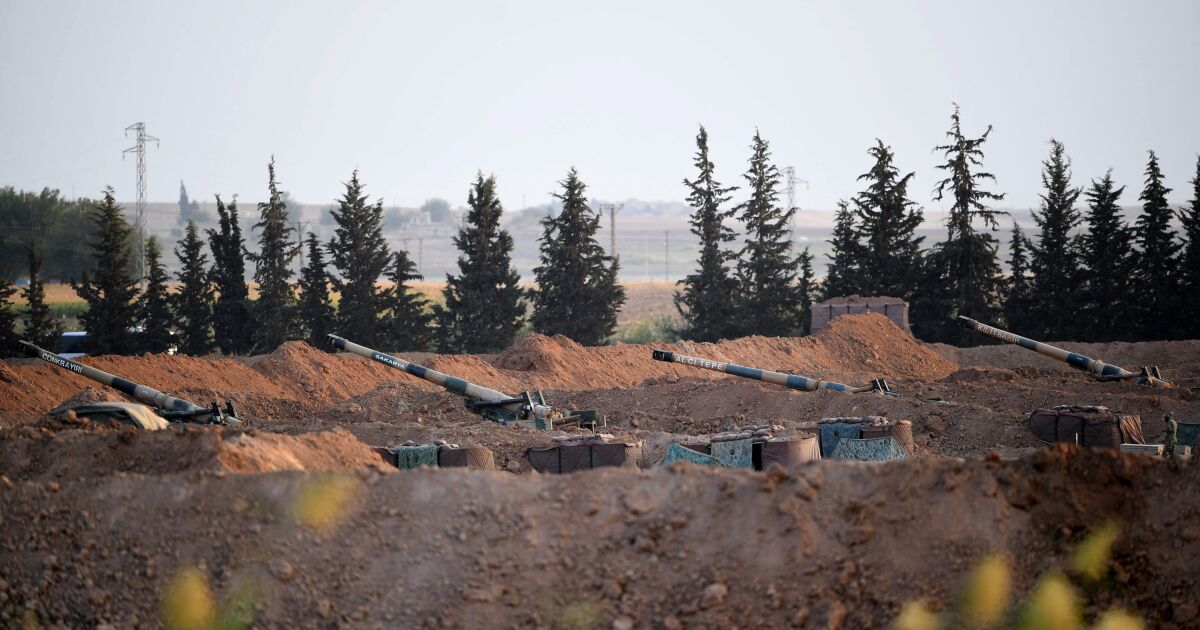 All the more reason to leave. We can’t help them and we make things worse when we try.

How do you propose we defeat ISIS anyways? Kill one and two more become radicalized. There’s no hope with that religion. ISIS is closer to the teachings and actions of Mohammad and the original caliphate than anything else. It’s Islam in the true form. It’s not radical.

If so, then why did we just abandon our allies fighting against Islamic terrorists in the region?

I agree we can’t win there. This was not the way to go about withdrawing our forces there. Trump is a weak leader, and Putin and Assad know it and are taking advantage of it.

Trump is a weak leader

G7 leaders swarm around him as much as they want to hate him on Twitter lol. Takes on China when everyone presidential candidate failed on that promise. So weak.

It just shows your personal bias against any decision he makes no matter what.

‘Orange man bad’ is another cop out for his true believer fanboys that will defend his failed leadership no matter what. What good has this botched trade war done? It just hurts the American middle class and poor. He’s a failure abroad and domestically, and unhinged.

How Trump's opposition to the impeachment inquiry could itself be impeachable

It just hurts the American middle class and poor.

Did you just see how China tried to bully the NBA? Billions of dollars are lost due to IP theft to China. Fentanyl is killing the middle class and poor. So yeah, think bigger and long term. Short term pains are worth it.

So you don’t agree with AOC? On her website lol

Alexandria believes that we must end the “forever war” by bringing our troops home, and ending the air strikes that perpetuate the cycle of terrorism throughout the world.

This is the only thing I agree with her basically and to see her flip flop because trump is doing it just shows me what’s she and the Democrats are about now. Can’t think of a better time to vote republican for the first time.

I don’t pay much attention to AOC. I’m in Jersey, not my district or state even.

Trump’s bungled China the way he’s bungled everything else. He’s incompetent. Do you think China fears him at all? Xi, Assad, Putin running circles around him. How far do you allow things to unravel before you acknowledge he is unfit? Is there a line when it isn’t everyone else’s fault?

Do you think China fears him at all?

Yes. Seeing Chinese reports about him compared to Obama, there’s a clear difference in how they talk about him as much as they hate him now.

Hate him but don’t fear him as a leader. Xi owns Trump and we all know it. So does Putin. Trump has weakened the US abroad and domestically.

The NBA thing is everything wrong with our political world, in a nutshell. Daryl Morey did the right thing. That whole thing is depressing.