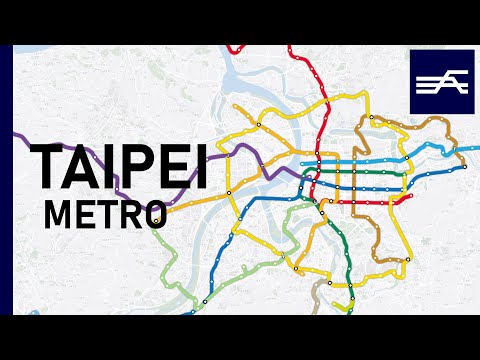 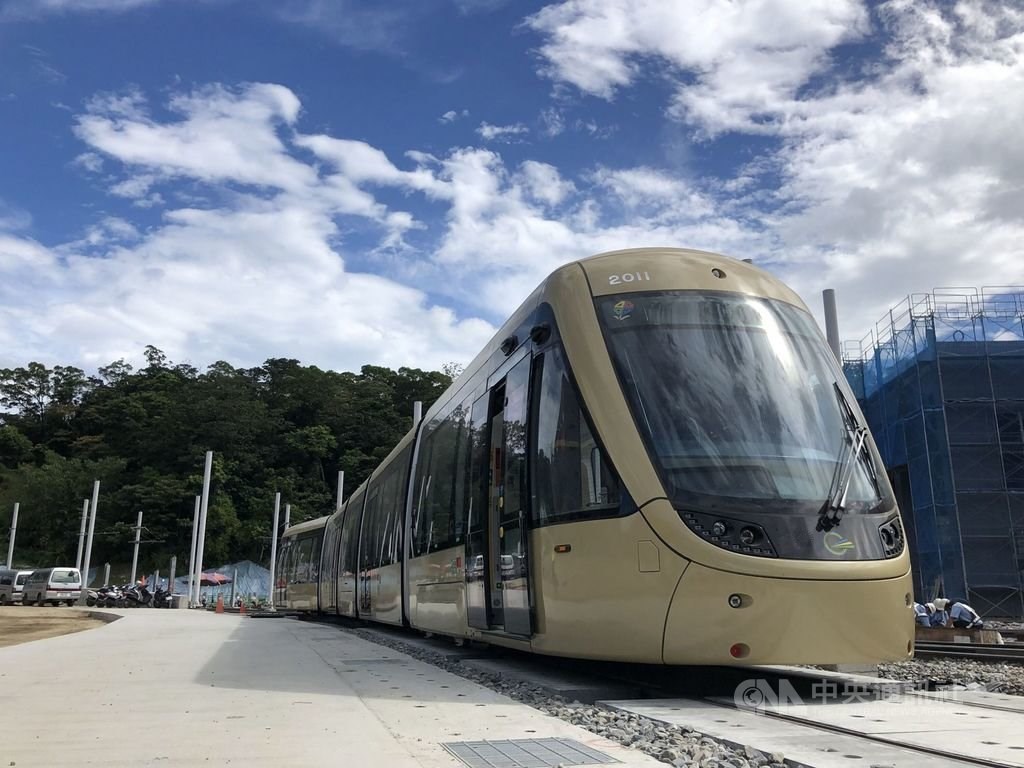 New Taipei, Oct. 18 (CNA) The first tram-train delivered for the Ankeng light rail transit (LRT) line is being tested in New Taipei, a major step forward toward the LRT line's launch scheduled for the end of 2022, the city's Department of Rapid...

As indicated in the story, the five-car trains are manufactured by Taiwan Rolling Stock, based in Hsinchu. Here’s a closer look: As indicated in the story, the five-car trains are manufactured by Taiwan Rolling Stock

As long as they roll it’s fine.

As long as they roll it’s fine.

They look pretty sleek! It seems Taiwan is finally getting the hang of this (as they’ve done earlier with bikes and many other manufactured goods).

The Ankeng area is rather undeveloped so far, but there are some residential communities in the mountains there already. The new line will probably lead to more of those developments, destroying those nice mountains slopes.

The Ankeng area is rather undeveloped so far, but there are some residential communities in the mountains there already.

And they’re really old and run down mostly.

Haven’t been on route 110 for quite a while. Wonder how the have managed to fit the LRT into that rather narrow valley. 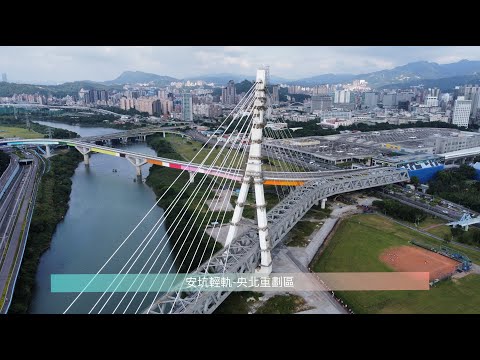 The Ankeng area is rather undeveloped so far

When did the White Terror end? I mean there has not been much development in the last 30 years. I think it’s more about the inconvenience getting there, bit of a bottle neck once you’ve crossed the river or if you come from Zhonghe.

Peoples’ memories are not like light switches; they don’t turn on and off, but memories linger.

For more details on the Ankeng site, I found this to be very informative:

I Youbike along that river all the time. That bridge pillar would be a great target for daredevil freeclimbers from Ukraine.

But Green Island does not deter tourists, does it?

That is a good point!

Not many of them would live there, though.

OK, I now agree. Political prison sounded somewhat OK, but there also was an execution site, graveyard, and also military prison. Well, how long do those poor souls stick around again? Could they be awakened by the sound of LRT trains?

Didn’t see that info on the English version of that site.

Best to cover all bases. 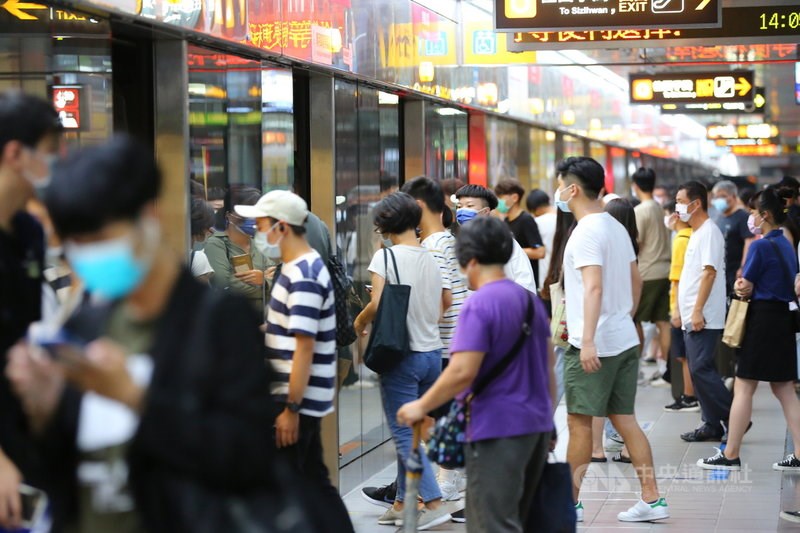 Taipei, Oct. 18 (CNA) Taiwan's National Development Council (NDC) on Monday approved a project to build the Siaogang-Linyuan line on the Kaohisung Metro, and said service on the line is scheduled to begin in 2030.

TV News reports that several workers appear to have died in a collapse during a concrete pour on a Pier in Sanxia today. Site is said to be at the corner of Jiaxing Road and Jiafu Road. (Light Blue Line under construction)

Assuming the site identified is correct, it would be the Pier at midscreen at 04:33 in the linked video that was posted a week ago. Scaffolding the workers were on suddenly collapsed.

Taipei, Nov. 20 (CNA) Three people have died and two others were injured at a Mass Rapid Transit (MRT) construction site in New Taipei City's Sanxia District Saturday after the scaffolding they were on collapsed, according to the city's Fire...

Looking back at the first post on this thread, they actually completed and started operating the circle line. Will they be on schedule in 2022? Only one way to find out, by continuing the conversation here: Life on the MRT 2022