The former mayor who resigned to pursue becoming mayor of Taoyuan has been accused of plagarising his masters thesis back in 2008 at Chung Hua University and a second masters thesis at NTU while he was already serving as mayor. He has sued his accuser for defamation; however, specifics that have come out aren’t looking good for him. The universities have pledged to investigate and release a report within two months.

Chung Hua University in Hsinchu is quite well-known as a degree mill for MA students, mostly helping out the blue side.

Mayor Lin has fought back and said the same allegations against him have been thrown around in every election he has contested.

He’s been Hsinchu City’s best mayor since the 1990s. Will he makie it through these allegations? Will we find out who is right?

Allegations of Cheating by ETS Has Chinese Students Up in Arms

The Educational Testing Service sparked fury in China when it sent U.S. universities a letter noting that some Chinese students seeking entrance to U.S. schools may be cheats.

Cheating of every kind is widespread in Asian culture. It’s a low trust society

What the mayor did was not surprising. Who cares what he did? He was not elected to write a thesis

Academics and extroversion are 2 things

Umm, it comes down to his credibility. If you wrote something, take the credit for it’s content, both strengths and errors/weaknesses.

If you didnt write it, dont be a loser sleazeball who steals others work and then presents it as their own, often without even pausing to file off the serial numbers off the original material.

Seems simple, but perhaps it is attributable to TW near-worship of advanced degrees and scorn for those who dont have them. It would be useful if they actually research things that they would then make cornerstones of their policy platforms, but that aint gonna happen with academia here (or anywhere?)

What the mayor did was not surprising. Who cares what he did?

If Lin is found to be guity—and I repeat, these charges have been made before, and refuted—it will serious wound him. Look what happened to the KMT candidate in the last Kaohsiung City mayoral election after the her plagiarized thesis at NSYSU came to light. Here’s a story about that from 2020: 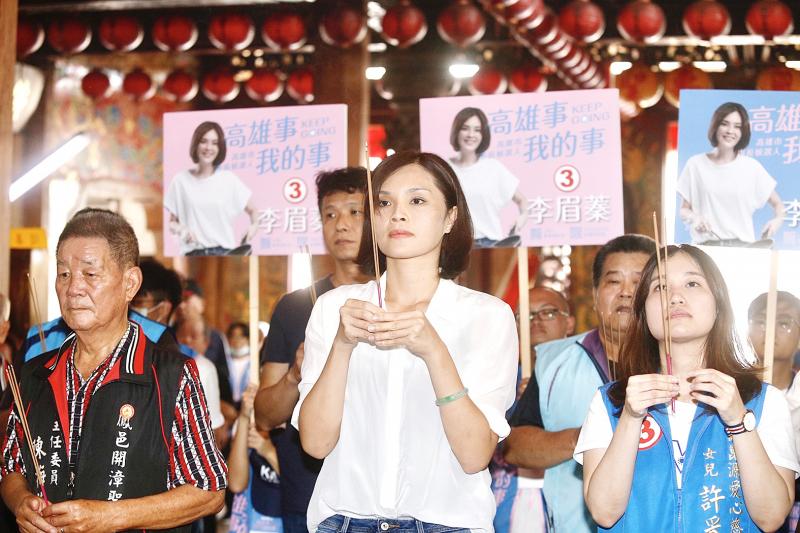 Allegations that Hsinchu Mayor Lin Chih-chien (林智堅) of the Democratic Progressive Party (DPP) plagiarized his 2008 master’s thesis were a hot topic in the news this week. If Lin had not been nominated to run for Taoyuan mayor, such a trivial report...

The way I see it, there are two issues: the first one is that Taiwanese education is based on and rooted in cheating and plagiarism. The only way you can pass high school and college entrance exams is to have the questions and answers spoon fed to you so you may regurgitate them onto the exam paper. It is an exception to the rule when a student gets into a top university without having attended tons of hours each week at cram school or forced to sit at the table under the watchful eye of a parent with test prep books.

At every level I have taught in the public schools, students who didn’t finish their work close to the end of the semester (often because the teacher failed to adequately allot time to teach it) have been asked to copy down the answers directly from the teacher book, because the MOE will be over to make sure everything was finished. “It helps more than nothing” many teachers told me, regarding English listening exercises that were a bunch of pictures on a page with the choice of a-d or T/F and no other English language on the page. No, it doesn’t help, the whole bleeping point of listening exercises is that they listen to the English, no matter how wrong it sounds to my native speaker brain.

When you give children this foundation, what do you expect them to do when they grow up? The only thing they’ve ever learned or been allowed to do it regurgitate what they were told to regurgitate via Eh, bee, she and 豬 or T/effu. Now at the age of 18 (or much older), you want them to develop critical thinking, research, and writing skills to crank out a masters thesis? Funny joke. I’m not going to pretend that certain other countries out there don’t also have a strong test culture with students who attend classes in order to get higher scores, but I was writing “essays” starting in first grade and we did major research projects, cite your sources etc. starting in fourth grade. Taiwanese people first encounter that kind of education in “13th” grade or higher. Of course they’ll do what they can to scrape by.

The other issue, of course, is that claiming a politician forged/never wrote their advanced degree thesis is becoming a thing done as a smear campaign in Taiwan and I think people are going to get tired of it. “We don’t like this person so we’re going to come out and claim that they never produced whatever paper they claim to have produced” can only work so many times. If there really is rampant fraud in the university system, it would do this country well if they looked into the root cause, a K-12 system that doesn’t do anything to prepare learners for any post secondary education that involves anything but multiple choice tests.

Wouldn’t surprise me in the least. Plagiarism is a HUGE problem here (and in East Asia in general… I had the same issues when I taught in Korea). They just don’t give it the same weight as they do in the west. I’ve had so many students… students I wouldn’t consider “bad”… who I’ve had to fail because they just blatantly plagiarize their final reports or something. Even though I plaster across all my syllabi “Plagiarism, the copying of work not your own, will result in an automatic failing grade.” And still, some lazy idiots try to get away with it. I think academia is starting to take it a little more serious nowadays, but it’s still not an academic death sentence like it is in the states. At some schools, it can result in expulsion.

What’s up with plagiarizing theses in Taiwan?

Can’t be that hard to write your own.

They’re not talking about current students, but these allegations are for people who graduated 20, 30 years ago. I’d expect it is better today.

what if they copy-paste and improve the original text ? passing grade?

8 posts were split to a new topic: Fat Fingers and a Broken Shift Key

fat fingers… should be what if

whay if they copy-paste and improve the original text ? passing grade?

I don’t know. Whay do you think I should do in that case?

I’d expect it is better today.

It’s not much tbh.

personally, if someone took the time and made the effort to improve his “copy paste”, I’d let it pass. i see it as more of a short cut, and not cheating.

personally, if someone took the time and made the effort to improve his “copy paste”, I’d let it pass. i see it as more of a short cut, and not cheating.

Not sure how to reply to that. What do you even mean by “improve”? Steal someone else’s ideas and change the wording a bit? How would an ESL student improve on a primary source written by a native speaker anyway? Sounds like you’re trying to give a pass to plagiarism.

Not sure how to reply to that. What do you even mean by “improve”? Steal someone else’s ideas and change the wording a bit? How would an ESL student improve on a primary source written by a native speaker anyway? Sounds like you’re trying to give a pass to plagiarism.

I’ve seen theses that are comprised of nothing but quotes from other sources. Not an iota of original content. But they acknowledge their sources, so it doesn’t count as plagiarism.

Am I the only one who thinks who cares. Like why do I give a shit about a thesis from years ago?

Am I the only one who thinks who cares. Like why do I give a shit about a thesis from years ago?

Like adultery, I see it as a personal failure that doesn’t affect the current office holder’s ability to do his or her job. Unless they’re being nominated to run the Ministry of Education; in that case it would be relevant.