nasa.gov/mission_pages/LCROS … index.html
Less than 19 hours until they crash a ship into the moon. On purpose!
I just found out about it.
I bet it will be cool.

Nice! We pollute the earth to near inability to inhabit, at the same time put hundreds of thousands of pieces of shit around the planet and now, hell, let’s expand!. Let’s screw up the moon too. What a bunch of arrogant bastards.
Who’s going to clean all this shit up?

Paris Hilton should volunteer to broadcast live from the point of impact.

They’ve been crashing things into the moon since 1959: en.wikipedia.org/wiki/List_of_ar … n_the_Moon

Most of them on purpose.

There’s a 176 tonnes of earth pollution on the moon.

Nothing British there, surprised to see the Indians on the list. Who’d have thought they would be playing with the arrogant USSR and USA.

[quote=“Edgar Allen”]Nothing British there, surprised to see the Indians on the list. Who’d have thought they would be playing with the arrogant USSR and USA.

[/quote]We did crash Beagle 2 on Mars. It was supposed to land though.

The atmosphere of the moon is almost totally exhaust fumes.

Lunar Impact would be a great name for a band.

It looks like the pictures didn’t come out very well. I hope they put some video up.

We had to Shoot The Moon before it became imminent. Don’t ask me how or why. I just know that we can’t afford to take any chances these days.

They actually crashed 2 things into the moon. First the rocket/thrusty stage. Then the probe itself.

Here’s a picture of the separation, taken by passing aliens: Here’s a picture of the impact site 10 seconds after impact, showing er… absolutely nothing

This picture would be upside down because it crashed into the south pole.

[b]’[color=#800040]NASA has crashed two spacecraft into the lunar south pole. The goal of the impacts was to search for hidden ice.

'Several hundred people gathered at the museum “Newseum” in the US capital on Friday morning to watch a large screen that projected real time images of the event.

‘A large empty rocket hull barreled into the moon at 11:31 GMT, followed four minutes later by a probe with cameras taking pictures of the first crash.[/color]’[/b]

Web page offers [color=#BF0040]Watch Video[/color] option, but … it doesn’t play … as of yet. At least someone wants this display made available on the internet.

The line in the NASA article about looking for ice is misleading, I think.

They’re looking for lots of things … including the ‘thing’ that made the crator itself … which is quite possibly from another galaxy … and extra heavy stuff with little-understood properties [especially when set in motion] and possible applications.

When such objects made their mark on the moon, eons ago, they did so on earth as well, naturally. The difference though is, due to realtive size and associated stage of cooling, they caused quite different things to happen on the ‘main planet’, closely related to the creation of conditions which would later support life … like a global magnetic field, for example.

They caused huge volcanic eruptions and displacements of the order to leave certain types of mountains in the places where crators would be the result on the already-cooler moon.

Weird mountains, standing out alone and still connected down through to the Earth’s mantle will be found around the planet, near volcanic hotspots, like those weird ‘khaos’ in Thailand and the chalky pillars ‘holding up’ Sagada, above Bontoc in the northern Philippines. 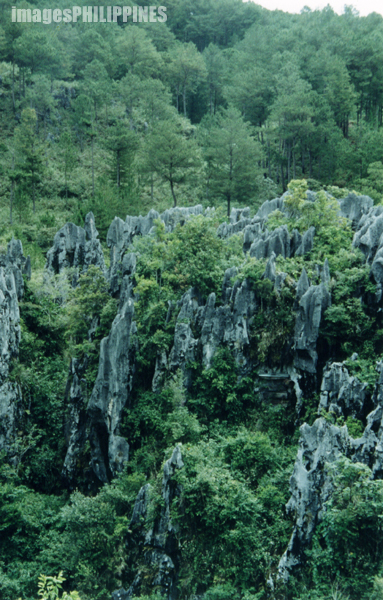 Maybe this super-heavy rock/solid helium crystal is already known of while being kept ‘secret’ and while applications are still being explored without [much] public disclosure. The video is available. The question is … what is there to see … at all?

The Manhattan traffic in the NBC studio background is about the most intersting stuff on this ‘footage’.

Very dull impact … overall. Nothing for Hollywood to pick up on here.

The Obama administration is killing Constellation, NASA’s ambitious back-to-the moon program. The decision represents a thunderous demolition of the Bush-era strategy at the space agency, which had already poured $9 billion into a new rocket, the Ares 1, and a new crew capsule, Orion.

Both were years from completion. And now both have been spiked by the administration’s 2011 budget, released Monday. The budget includes $2.5 billion over the next two years to shut down Constellation.

Instead of continuing to develop the Ares 1 and Orion, the administration wants to invest $6 billion over five years in a commercial space taxi to carry astronauts into low Earth orbit. The budget would also funnel billions of dollars into developing new space technologies, such as the ability to refuel spacecraft in orbit. What isn’t in the budget is a specific target for exploration.

Change does not come easily in the complex and highly political enterprise that is space travel. The Obama plan triggered immediate protests on Capitol Hill.

The change in course is hardly shocking given the events of the past year. Obama appointed a committee, led by retired aerospace executive Norman Augustine, to examine options for human spaceflight. The Augustine panel saw no chance that Constellation could succeed in its goal of a 2020 moon landing. . . .

Elon Musk, founder and chief executive of SpaceX, a company that could bid on a commercial contract to launch astronauts, said the administration was being realistic in its cancellation of Constellation.

“There is no way there’s the appetite for another Apollo-like program with Apollo-like budget expenditures,” Musk said. [/quote]
washingtonpost.com/wp-dyn/co … 02145.html

Good move in my opinion. Sure it might be nice to prance around on the moon again and say “neener, neener, China, we’re up here and you’re not,” but there’s no longer that kind of money to throw away on such trivial fantasies and the costs clearly outweigh the potential gains.

Good move in my opinion. Sure it might be nice to prance around on the moon again and say “neener, neener, China, we’re up here and you’re not,” but there’s no longer that kind of money to throw away on such trivial fantasies and the costs clearly outweigh the potential gains.

I disagree… I’m a major advocate of space exploration, both manned and unmanned, as it’s key to the elevation of humanity into becoming a space-faring species. This is, after all, the 21st century. I mean, we were able to land on the moon in the 60s back when we were listening to LPs and 8-track tapes. This is the age of DVDs and .mp3s. We’re much more technologically advanced.

I want to live to see man landing on Mars, at the very least. (The invention of warp drive would be nice, too!)

Out of all the decisions that Obama has made, this has disappointed me the most.

I agree. Absolutely. And apparently they got their cuts too.

On the other hand, I expect you’ll be pleased to see where some money will go instead.

[quote]Education is one of the few areas where President Obama wants more money for 2011. He’s asking for $49.7 billion for the U.S. Department of Education’s discretionary budget, an increase from $46.2 billion in 2010. Most of the increase would go to programs modeled after his Race to the Top competition for K-12 schools, part of the federal stimulus package.

The budget also calls for $173 billion in loans, grants, tax credits and work-study programs to help students go to college[/quote]

Surely that’s a better way to spend our hard-earned tax money than trying to send another man to the moon, so we can show the world America hasn’t lost it after all, despite all the clear evidence to the contrary.