By the way, somehow Jesus has a relevant video to our discussion that came out just on the 19th. 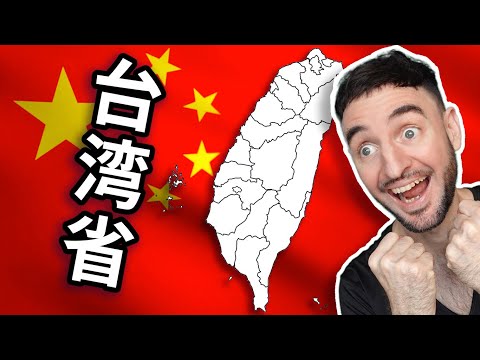 And I doubt Niels Bohr was referring to politics.

I know that. That’s a joke saying, a kind of intentional Yogi-ism, and if I recall correctly it’s been used in various situations, not just physics.

It flew over my head

No, it’s more likely that I live in my own little world, and I forget that we have different experiences.

As to whether or not Taiwan should seek independence, I now consider that issue to be none of my business.

I would support any people’s search for liberty, but that’s just me. I subscribe to “Where justice is denied, where poverty is enforced, where ignorance prevails, and where any one class is made to feel that society is an organized conspiracy to oppress, rob and degrade them, neither persons nor property will be safe.” Although when it comes to people in another country, my support only goes as far as signing petitions, boycotting products, and some monetary donations though. It’s not like I’m capable of joining the international legion in Ukraine.

Thats what people should be thinking. If we enjoy the freedoms and luxuries in taiwan, it should just be basic responsibility to do the bare minimums. Eg. Dont buy Cinese shit which literally funds missiles pointed at yourself. No one is asking everyong to join a militia (just because we havent been invaded yet). But at the same time, denial and running away from durect and obvious problems is the exact opposite of patriotic. In this case, quite counter productive as far as human rights and general ethics/morals are concerned. Objectively, this seems true in regards to CCP. There is no judgment for those at least putting in some effort to better the world. Those that belittle people for not singlehandedly toppling the CCP oppression are just assholes. But there are many shades of grey.

At the same time ,there should be some leniency for ignorance. Where that gets old fast is once they are shown otherwise and still kowtow to oppression. Especially out of greed. Especially especially out of want for fiat currency. Then it enters the territory of a really problematic situation.