Make or Break Time for the GOP

Don’t you start @TT we just told mups to knock it off.

DeSantis who I otherwise knew little about and who it seems will likely run in 2024 if Trump does not. Maybe he can make the GOP reasonable (again?).

Desantis reasonable, good one. Look up covid response.
Trump’s not running either.
Tucker Carlson might, he’s trying to channel himself as a junior junior version. Not an original guy, that Tucker.

1/1/2020: "The president of a national union representing teachers and nurses argues Gov. Ron DeSantis has mishandled the state’s response to the coronavirus pandemic by sending mixed messages about whether schools should be closed and waiting to issue a statewide order instructing residents to stay at home.

Speaking of the GOP and their Educational Trustworthiness: DeSantis is in the same boat with people like Betsy Devos:

A new report issued by the Network for Public Education provides a detailed accounting of how charter schools have scammed the U.S. Department of Education’s Charter Schools Program (CSP) for up to $1 billion in wasted grant money that went to charters that never opened or opened for only brief periods of time before being shut down for mismanagement, poor performance, lack of enrollment, or fraud. The report also found many of the charters receiving grant awards that managed to stay open fall far short of the grant program’s avowed mission to create “high-quality” schools for disadvantaged students.

President Trump’s 2020 budget blueprint proposes increasing funding for the charter grant program by 13.6 percent, from $440 to $500 million, and education secretary Betsy DeVos praised this increase as a step forward for “education freedom.” But the report finds that increasing federal funds for this program would mostly continue to perpetuate academic fraud.

Pink is the appropriate color I think. Good expression capture too. 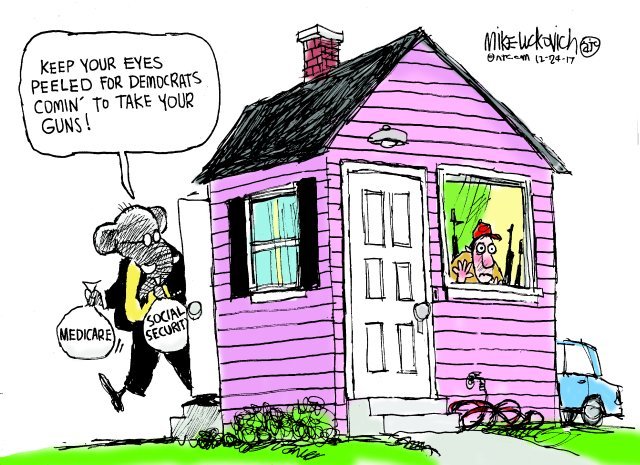 Why very early signs are good for the GOP in 2022

President Joe Biden's first two and a half months in office have been far better received than former President Donald Trump's. Biden's been able to maintain an approval rating north of 50%; something Trump never did. 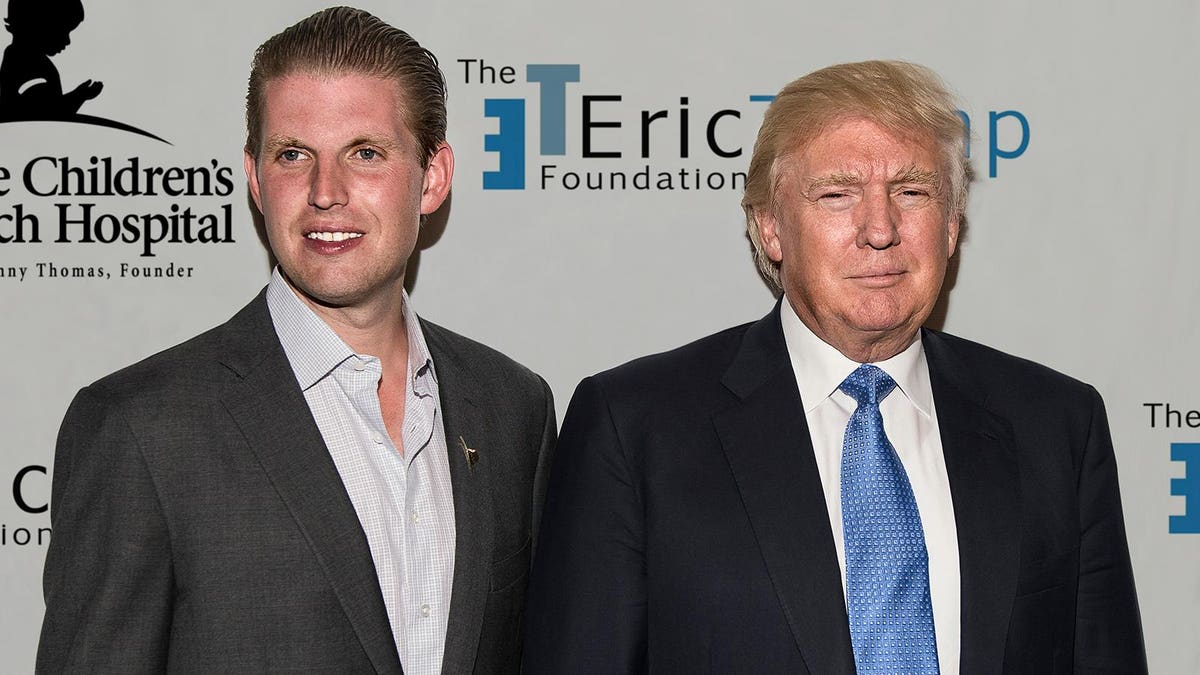 We're republishing our finest work from the past decade. Here, a masterpiece of reporting that systemically demonstrates how Eric Trump, at the direction of his father, the future president, shifted money that was supposed to go to help kids with...

A lotta Trump flags north, east and west of the Capital Region in NY

Trump didn't form a populist coalition. He was the result of one

PITTSBURGH — They're still there, planted in front of stately homes in wealthy suburban neighborhoods, on flag poles in middle-class communities, and along the front stoops of inner-city row houses.

Political analysts, who often have little cultural connection to Republican voters, tend to say “Trump the man” is why his supporters voted for him. So, using that same line of thinking, if they came here and saw the Trump signs, they likely would proclaim these people were Trump cultists and end their curiosity.

They are wrong in two ways.

First, “Trump the man” did not form this coalition. Rather, he was the result of it. This was evident during the 2006 midterm elections when Republicans lost power. Analysts ignored the fact that Main Street Democrats, Republicans, and independent voters were voting against the Republican establishment because they were unhappy with the establishment ignoring their needs, not because they loved Democrats.

The pendulum swung further away from Republicans again in 2008, then toward them again. By 2016, the voters who were to become Trump’s base already knew who they were. Trump was the only one of 17 Republicans and five Democrats who stood out to this group of politically homeless voters. He knew how to tap the aspirations they were looking for from a presidential candidate.

Second, many people who have left their support for Trump visible to others have not left those flags or signs up because they think the election was stolen. It’s not a testament to their undying support for one man; they’ve left them up because it is their only way to show the political class that they are not going away.

Second, many people who have left their support for Trump visible to others have not left those flags or signs up because they think the election was stolen. It’s not a testament to their undying support for one man; they’ve left them up because it is their only way to show the political class that they are not going away.

Because that can be accomplished by voting.

I don’t even understand that.

Because that can be accomplished by voting.

This ain’t hard man. Vote to show your support for a political cause hasn’t gone away.

I honestly don’t get your point.

Are you saying they shouldn’t fly their flags, they should just vote?

Liz Cheney Lied About Her Role in Spreading the Discredited CIA "Russian...

As part of her ideological war to reclaim the GOP for neocons, the now-deposed House leader falsely denied her role in a tale designed to block withdrawal from Afghanistan.

Split off the neocons?

I’m really kinda OK with that. I doubt they’ll get their free for all in the Middle East with Biden though. He seems a UN pussboy all 100 yards.

Cheney is motivated by power, not ethics. In 2016, Trump ran — and won — by explicitly inveighing against the Bush/Cheney foreign policy of endless war, militarism and imperialism that Liz Cheney, above all else, still vehemently supports. What she is attempting to do is reclaim the Republican Party and deliver it back to the neocons and warmongers who dominated it under her father’s reign. She is waging an ideological battle, not an ethical one, for control of the Republican Party.

Did you see the movie where Christian Bale played her dad? Instant classic.

So how many republican factions are there now?

(1) MAGA/space lasers/alleged sex offenders (you know, real Trump supporters)
(2) Neo neo cons (like Liz)
(3) The swamp (Mitch, Graham, they’ll go where the wind is blowing)
(4) who am I missing?

So how many republican factions are there now?

I don’t think the division is so much in the political rank and file but between the politicians and their supporters.

70% (rightly or wrongly) believe the election was rigged. Most of the Republican supporters see the events of 6th of Jan in a different light to how the media portrays it, but also see that an alternate opinion on how events unfolded is not allowed. For example.

Rep. David Cicilline (D-R.I.) on Friday began asking Democratic colleagues to sign on to a resolution to censure three House Republicans who tried this week to minimize the severity of the Jan. 6 insurrection.

Rep. David Cicilline (D-R.I.) on Friday began asking Democratic colleagues to sign on to a resolution to censure three House Republicans who tried this week to minimize the severity of the Jan. 6 insurrection.

They see the FBI aggressively and with high profile going after anyone who entered the capitol and sometimes just people that attended and the media piling on with the likes of Liz Cheney being made very visible by the leadership in an obvious attempt to squash Trumps faction their message was clear “we control this party”.

The message back to the Republicans was “good luck trying to get re-elected if all you are going to do is spout Democrat talking points and don’t stand up for your supporters, we’ll oust the lot of you”. Which is why they did the wee pretendy move of getting rid of Cheney, they are pretending to care, she’ll be fine. Won’t get re-elected but will end up on the five or some other MSM outlet that non of the Republicans watch or care about. 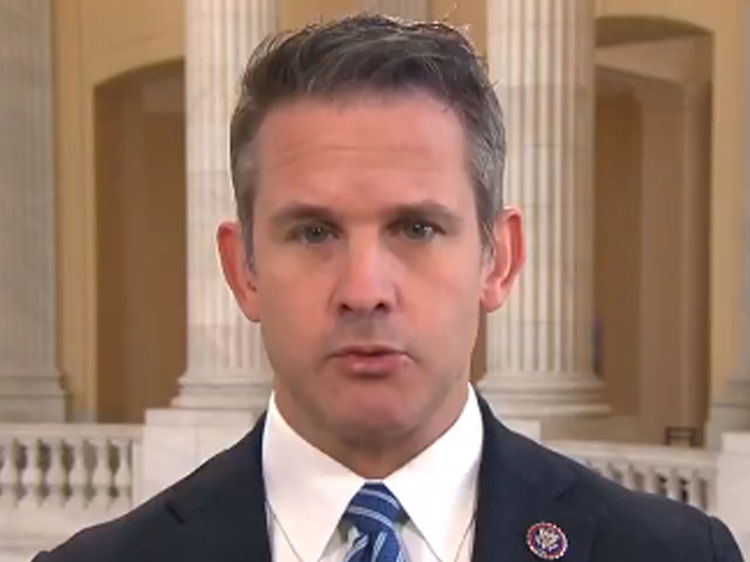 Illinois Rep. Adam Kinzinger spoke about the state of his Republican Party during an interview Sunday on CNN: TAPPER: Let's turn to domestic politics. A number of your Republican colleagues are expressing outrage over President Biden's call for...

I call on Leader McCarthy, I call on every leader in the Republican Party to stand up, say, get vaccinated, and to call out these garbage politicians, these absolute clown politicians playing on your vaccine fears for their own selfish gain.

Never heard of this guy. I guess because he doesn’t sound like a screamingly insane Nick Cage clone. 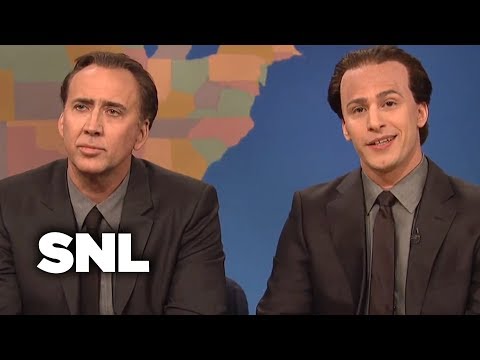 I put this here because ES is my Rep. I am very disappointed with her “Far Left Radical” talking points welcome to Bridie Farrell. 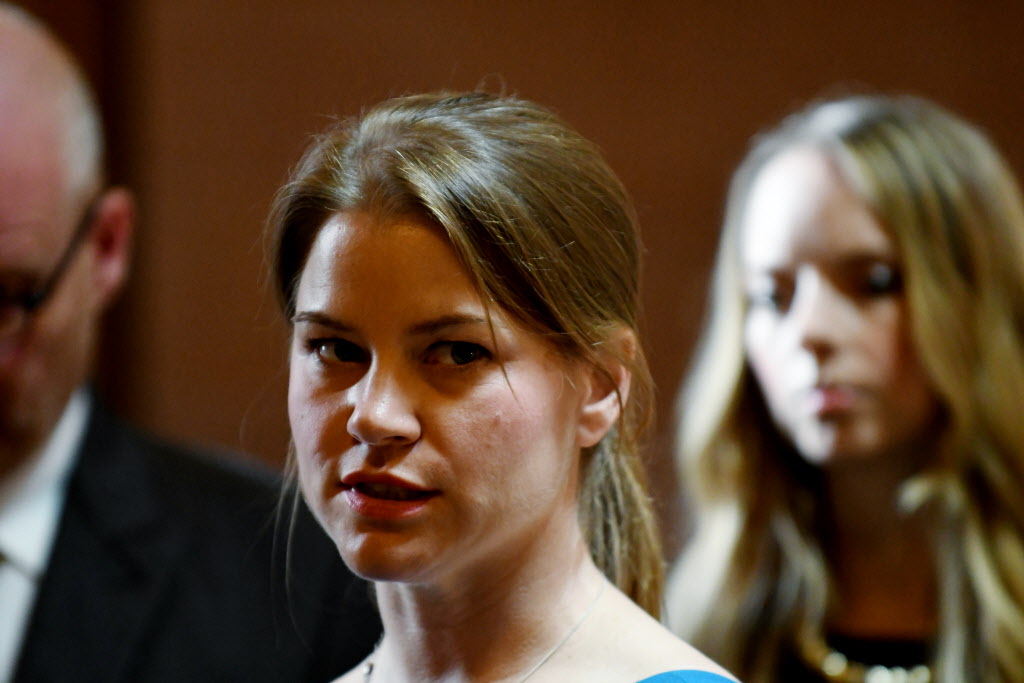 Bridie Farrell, from Saratoga Springs, posted a campaign video on her Twitter feed...

This may be a new money buy in to top shelf politicking. Can PT pick up AZ and OH? 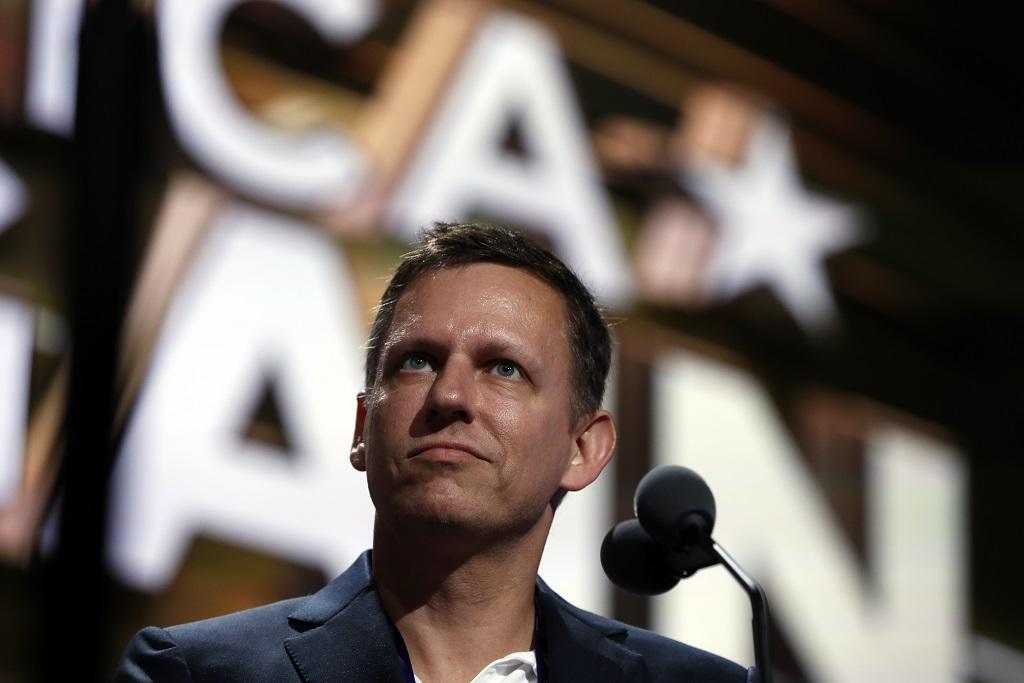 What Does Peter Thiel Want?

Inside the conservative tech investor’s play for the Senate

But both states have strong Republican Parties, with institutional capacity and machine candidates. In Ohio, state treasurer Josh Mandel holds a clear lead in all available polling; in Arizona, attorney general Mark Brnovich is widely expected to lead the field when he announces. Thiel chose not to donate to those parties, or endorse their preferred, front-running nominees, but instead is trying to overwhelm them with his own political vision.

This interpretation of what Theil said and meant about competition is way off base and kinda smeary.

Is it possible that Thiel is trying to commandeer the Republican Party with his own version of a nationalist, anti-monopoly politics for working families, an evolution of the Trumpian vision? Some libertarian commentators would say yes. But that explanation is wholly unsatisfying as motivation for a man who famously wrote a Wall Street Journal column in 2014 titled “Competition Is for Losers.”

Has Mark Levin got his finger on the pulse.

@AdamCrigler
Mark Levin snaps. You gotta listen to this. https://t.co/SGYAZxWD72