MoI is planning to change the ID Number format

You need to renew NHI card after employer makes changes to your labor insurance.

The staff at NHI are trying to persuade me and my employer not to update the ID number with NHI as the old one is still printed on the back of the ARC/APRC and is valid for 10 years.
I insisted to update it as I want all my stuff to be consistent. It’s just 200 TWD for a new NHI card anyway.

You can show them the text from the form:

NHI staff can complain to MOI for that great idea of changing the ID number (without making anything better).

that great idea of changing the ID number (without making anything better).

That summarises this sad topic very well. Crazy to use non-random numbers as well - especially since we do have experts like Audrey here.

Maybe it’s like I feel it’s in Germany: there’s experts, sure. But lawmakers often just don’t listen to them.

Crazy to use non-random numbers as well - especially since we do have experts like Audrey here.

It is just a continuation of bad habits. Taiwanese national’s ID numbers are also incremental. But there are 24m Taiwanese, so they get lost in the crowd and chances are less likely for the ID number to be abused by fraudsters.

Here is a form of abuse I can imagine:

There are websites which collect mug shot pictures in the US and post them with the name and charges publicly. Even if a person was cleared of all charges, that mug shot remains online.
They have a second business which claims to be able to remove those mug shots for a fee.
A vile business model.

Well you could generate all valid IDs and put them online, Google searchable. If a Taiwanese person happens to Google their ID, it will show them a page where it sensationalizes that their ID has been ‘leaked’ and they can remove it from view for a fee. Some might be unhappy about their ID posted publicly and indeed pay the small fee.
If a small percentage of 24m Taiwanese were to pay that, you still end up with a sizable amount of money for not too much work.
Obviously that will get you as much scrutiny from Taiwanese government as possible. But I doubt this to be illegal.

A side note: A group who did those mugshot websites were convicted of fraud and extortion in the US. Do not recommend

and they can remove it from view for a fee.

No fee. But why not write a script and upload on GitHub. Email the repo link to appropriate government departments and at Taiwan news

No extortion but exposure. It’s GitHub so no fraud by you. The person has to run the code themselves.

Such libraries exist for a long time. Just modify to generate incremental IDs instead of random.

I even did a small fix commit to that one

Cool. So they’re incorrigible. Well nothing else to do but accept the system made by “experts”

But why not write a script and upload on GitHub. Email the repo link to appropriate government departments and at Taiwan news

Famous quote of German Federal Minister of the Interior:

Some hacker may always be able to hack something, but, um, the reliability and security of the new ID card is not in question. 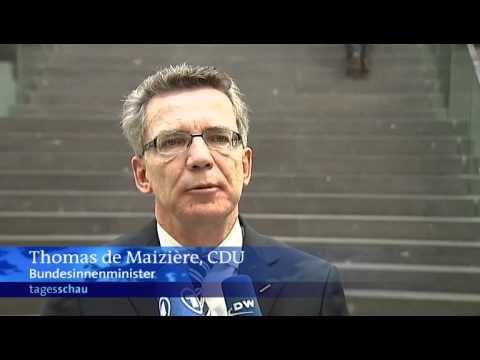 Has anyone ever asked why we have to pay for the new NHI card or driver license when we go to update our numbers? I know the amount we have to pay is pretty low, but I was just wondering. It’s not like we have a choice in getting a new ID number.

Yeah! The government screwed this shit up! They should pay!