Montenegro to become the next newest country

In a move that should be thrown at the eyes of the world (specially this side of it), Montenegrins decided to call for independence from Serbia yesterday.

Montenegrins back independence in referendum

PODGORICA, Serbia and Montenegro (Reuters) - More than 55 percent of Montenegrins voted for independence on Sunday, achieving the target set by the European Union for recognition of their referendum result, an official preliminary count showed.
The referendum commission president, Frantisek Lipka, told a news conference on Monday that 55.4 percent of votes cast were in favor of ending the union with Serbia. Turnout was 86.3 percent, he said.
Montenegrin Prime Minister Milo Djukanovic had already claimed victory for his independence drive.
“Tonight, with the majority decision by the citizens of Montenegro, the independence of the country has been renewed,” he told supporters cheering the end of his decade-long campaign to restore the independence Montenegro last enjoyed in 1918.
“We’ve got our state!” the government’s Web site quoted him as saying.
Supporters of a continued union with Serbia had refused on Sunday to concede defeat.
The mountainous republic on the Adriatic Sea has about 650,000 people. Independence advocates say it has a better chance of development and EU membership on its own than in a dysfunctional union with Serbia, population 7.5 million.
The result will dissolve a partnership with Serbia going back to 1918 in various forms. Slovenia, Croatia and Bosnia all had to go to war to pull out of the former Yugoslavia in the 1990s when Macedonia also quit.

The two already have different laws and currencies and their joint parliament hardly ever meets.
Analysts say the union could hardly be any looser and there would be virtually nothing to renegotiate.
The formal split will mark the end of the dissolution of the former Yugoslavia, which began to fall apart in bloodshed in the early 1990s.
Unofficial results handing victory to the “Yes” camp triggered an immediate and explosive wave of celebrations on Sunday.
Supporters of the union with Serbia said pollsters who projected the result had jumped the gun and asked who organized the rush into the streets of the capital Podgorica with flags, fireworks, and the occasional semi-automatic weapon.
Less than an hour after polls closed, the Center for Free Elections and Democracy (CESID) said the “Yes” camp had scored 56.3 percent of the vote in a heavy turnout of 86 percent.
But two hours later, CESID chief Zoran Lucic, looking uncomfortable, said that projection had shrunk to 55.3 percent, just over the 55 percent threshold set by the European Union for the independence drive to be accepted.
But by the end of the night, CESID said the “Yes” campaign had secured 55.5 percent and the figure was unlikely to change.

From Reuters (long links muck up the screen)

Wouldn’t it be nice if a country of 23 million was also allowed to vote for independence? 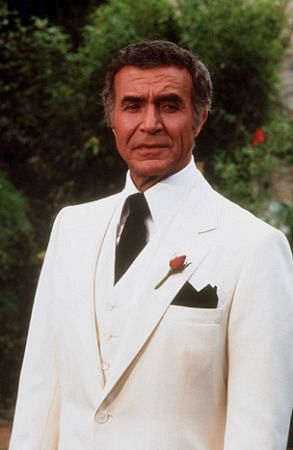 Isn’t it so nice when countries allow people to self-determinate themselves?

Isn’t it so nice when countries allow people to self-determinate themselves?

You should post this in TP. No wait… draw a flag and get it on TVBS and email it to CSB

Why? Feeling threatened about what is going to happen in Taiwan

No, just I wonder if PRC will recognize them? And by the way, this is no TP.

There is a degree of individual capacity that cannot be compared to what you have over here. Those people where in another country since 1918 and still have concluded to be better appart. And I am not seing people wanting to be away from their motherland over here.

Although you can draw many things incomparable between what happened in Montenegro and Taiwan, the fact that they are so culturally equal to Servians, had different currencies, different governments and have different language (although all the population speaks serbian, montenegrin is a dialect of the latter) just makes you wonder…

Hmmm good point on PRC recognition. I doubt it in the short term given the PRC’s traditionally good relations with Yuogoslavia/Serbia. I was teasing YC, not you btw.

[quote=“Feiren”]Hmmm good point on PRC recognition. I doubt it in the short term given the PRC’s traditionally good relations with Yuogoslavia/Serbia. I was teasing YC, not you btw.[/quote]Why not ? Serbia will recogonise Montenegro’s independence, they had a agreement 3 years ago that either of them could hold a referendum at this time to leave the country. The PRC has diplomatic relations with the other ex-Yugoslav states.

Why? Feeling threatened about what is going to happen in Taiwan

Ah come back to earth Feiren… The people of Taiwan have enough capability of self-determination for independence as Hartzell’s theories will come to fruition.

I suppose I shouldn’t tell kids that there is really no Santa Claus. My bad.

That seems about exactly right.

I think people everywhere should get to vote whether they want to be part of Yugoslavia or China.