Nancy Pelosi's Grandson's wish. It that a good thing?

Nancy Pelosi’s Grandson grandson wished that he looked my like his best friend Antonio. Is that a good thing. As a '70s child we grew up thinking that each race or people has its own beauty and you need to have pride in yourself.
I have to keep telling my children that when they get taunted by uninformed local kids who taunt them for being waiguoren (Though they are mixed). Thank heaven the Taiwanese kids are not savvy enough to pick up on some anti white themes that are going around being pushed by certain educators in the west.
Sorry for the Fox news source. It was the only source that had the speech in the smallest clip available. Opinions? Flames? Reactions?
https://youtu.be/j09sKDIE8Ug

In a word, no. MLK is probably rolling over in his grave. Content of one’s character and all that…

As a '70s child we grew up thinking that each race or people has its own beauty and you need to have pride in yourself.

Most people grew up with ideas like that. Unfortunately, in current year it means you’re a Nazi. But don’t worry, by Tumblr/Salon/Buzzfeed\etc’s standard we’re all Nazis.

Also, don’t worry about using Fox as the source. Things in the main stream media have become so fucked up that even Fox can be considered a legitimate, albeit biased, source of information, whereas other msm outlets twist things around so much that they seem to live in a parallel universe.

As a '70s child we grew up thinking that each race or people has its own beauty and you need to have pride in yourself.

Interesting. When I was in elementary school, the classroom walls were plastered with “Black is Beautiful” posters (and nothing else). All the non-black students didn’t know quite what to think.

Pelosi, the gift that keeps on taking from Democrats and giving to the GOP.

She’s nuts. Carlson is right, it’s textbook racism and moreover, it’s doubtful she even realizes it.

The kid was 6 years old! What I don’t see in threads like this are “progressives” defending their ideology.

They taught us shedloads of slave songs and post-slavery songs. The teachers were entirely white with zero exceptions. But the music they taught us was solid and much later it all made sense.

We had one black kid in school, I think he was two years ahead of me. He lived in my neighborhood so we were friends long before I learned to be racist. He took a lot of shit from a LOT of dipshit assholes in school, and he took it like a trooper. Last I knew, he was a marine.

Oh, and Nancy’s speech was in fact 8 hours long. She probably must have offended more than just Fox News during her stream-of-consciousness verbal vomitation.

White people wishing they had darker skin has been a thing since, what, the industrial revolution?

I have no opinion on Ms. Pelosi herself, but in the absence of evidence that her grandson is running around screaming I hate myself because I belong to an inferior race, this makes a poor case for the end of civilization.

I have no opinion on Ms. Pelosi herself

Now that’s quite a feat.

White people wishing they had darker skin has been a thing since, what, the industrial revolution?

Yes, but for a six year old living as part of the majority culture (unlike my children who were first taunted and excluded in kindergarten), your appearance would not really your first priority for a birthday wish. Thinking back to my time, getting the Evel Knievel stunt cycle or the Rock’em sock’em boxers would have been a more realistic
wish. I think he must have been fed that stuff by his parents and grandparents. Are kids that age really that social aware?

If you browse a bit on Twitter or Facebook you’ll find plenty of people writing stuff like:“I was watching tv with my 3 year old and she asked me:“Mommy, why are all main characters white men? There should be more intersectional diversity, enough of this heteronormative white patriarchy”…so proud of her #resist #metoo”. So yeah, I mostly call bullshit.

I’m reminded of this:

If you thought botox mom was bad, now hear this: 50-year-old Brit Sarah Burge, known as the "Human Barbie" for her addiction to plastic surgery (she's spent over $800,000 on procedures), is passing on her passion for plastic to her seven-year-old...

According to the Daily Mail, Burge told British mag Closer, "Poppy begged me for a boob job, so I gave her the voucher so she can have it after she’s 16, when it’s legal." Poppy reportedly “squealed with delight” upon opening her present, saying "I can’t wait to be like Mummy with big boobs. They’re pretty."

I think we can assume parental influence had something to do with that one.

Other shocking-but-not-actually-shocking statements by kids in that age group are all over the interwebs, if you have time to look for them, and we can’t blame all of it on the parents and grandparents.

Kids Say the Darndest Things is an American comedy series hosted by Bill Cosby on CBS from January 9, 1998 to June 23, 2000. A revival was hosted by Tiffany Haddish aired on ABC from October 6, 2019 to January 19, 2020. ABC cancelled the revival after one season. However, the revival moved to CBS, its original network, and premiered on May 5, 2021 with Haddish returning as the host. The host will begin a conversation by posing a question about life topics to a child, who usually responds with th... 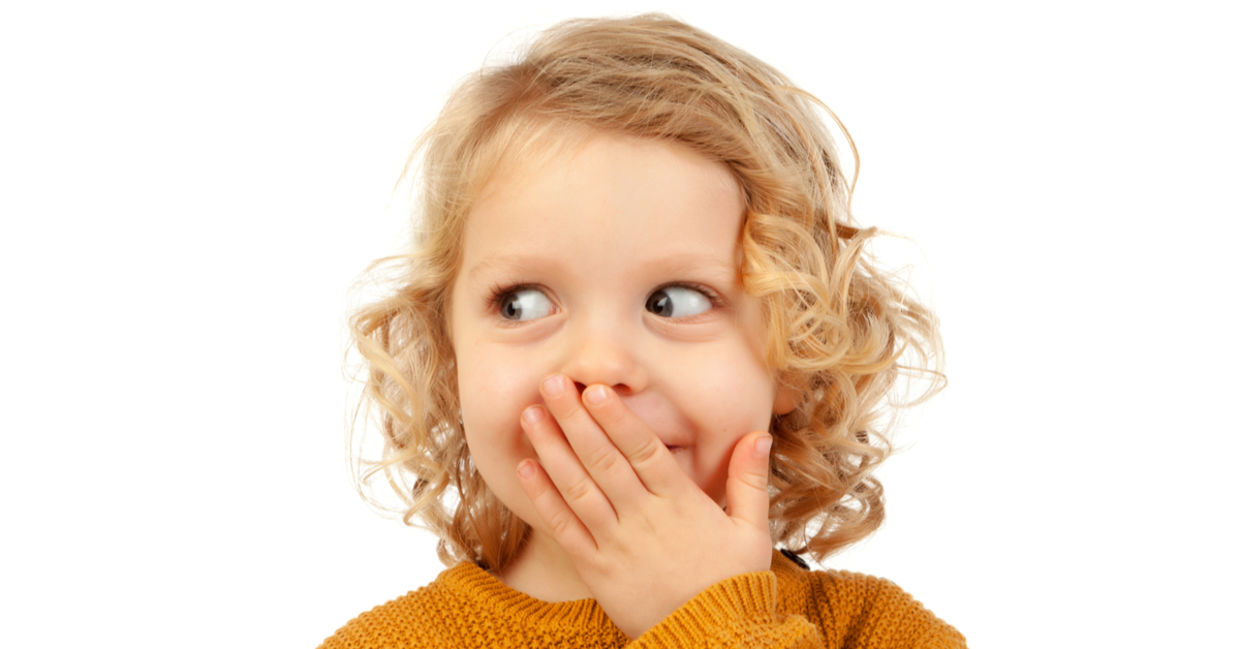 Hilarious kids quotes from Goodnet readers to warm your heart.

Well, mom you shouldn’t have had a baby if you didn’t wanna be up at night!"