I was filling out information on Rizal Memorial Baseball Stadium for the Taiwan Baseball Wiki, and learned that the entire Rizal memorial sports complex was built for something called the Far Eastern Championship Games.

It was the earliest organized Asian international sports event. It was also recognized by the IOC. I have never heard of it before. After some googling, I found that it was founded by an American named Elwood S. Brown., who was a physical director at Manila’s YMCA. Brown also introduced volleyball and basketball to the Philippines and played a role in the creation of Philippines Boy Scouts.

The first Far Eastern Games took place in 1913. A total of 10 games were held in 21 years, until pending World War II and general Japanese doucheness at the time that ended it in 1934. At its peak, 7 countries participated in 1921. Aside from its founding members, Philippines, China and Japan, countries like British India, Thailand, British Malaya, Dutch East Indies and French Indochina participated in the games. 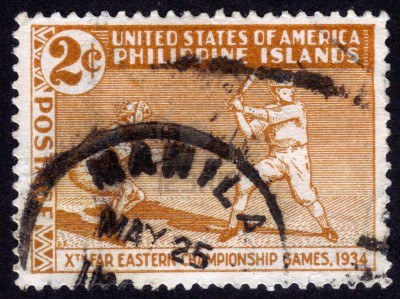 Baseball was a main event in every Far Eastern Games, but there are far more detailed information on football, basketball and volleyball events in the games. There seems to be no organized information for baseball games at Far Eastern Games. I am trying to put something together at the Taiwan Baseball Wiki, but it is pain staking. I have to rely mostly on Japanese sources.

I don’t read Japanese, so I have to look up the katakana in the Japanese sources, which are in picture-based online PDF-ish files, and type them out one by one. At the same time, I attempt to guess what the original names might have been. It doesn’t help that the katakana translations used weren’t unified between each ball games, and it was the 1920s, so many kanas used are now obsolete… 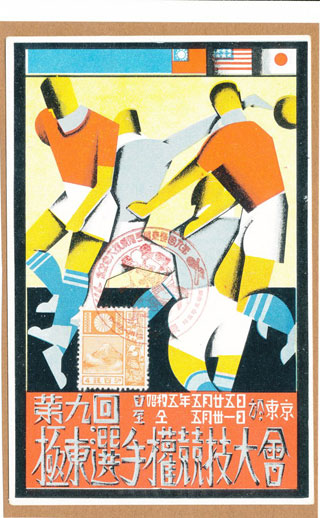 I lucked out with the 9th Far Eastern Games because it was held in Japan. After much digging I was able to find a detailed document featuring all the original names for the Filipino players.

yeah, they even had Chinese translated names that year, I had to match it up with the Japanese version and try to come up with what it was originally. I was able to get some of them right, but without the actual original names, it is impossible to piece the list together.

If you managed to read thus far, are there Filipino records on the Far Eastern Games that I just don’t know about? So I can just grab the names of Filipino Players there, instead of learning katakana the painful way? Thanks in advance for your assistance.

At its peak, 7 countries participated in 1921. Aside from its founding members, Philippines, China and Japan, countries like British India, Thailand, British Malaya, Dutch East Indies and French Indochina participated in the games.

- I refer to the field between Magallanes and the airport where softball club teams from around Asia (used to?) go for an annual(?) tournament, which may well be the same place as this group

are there Filipino records on the Far Eastern Games that I just don’t know about? So I can just grab the names of Filipino Players there, instead of learning katakana the painful way? Thanks in advance for your assistance.

I would check in with Mary Anne at MECO, she is the Information Officer at the embassy. She literally sits in the library at MECO, and I’ve found some neat historical books there. I would not say the library is at all exhaustive - it’s tiny. But if you are prepared to wait, she can certainly relay requests to other sources in the Philippines.

It might be helpful to contact the Jefferson Library in Manila. I used to walk by it on my way to elementary school when it was in Makati. Apparently, it’s now in Seafront closer to the embassy compound. If you explain that it was an American who introduced basketball to the Philippines, given how endemic the sport is there today, someone there might be willing to help out.

Thanks for that information, I’ll write e-mail to see if they are able to help.

Didn’t know about the nomad club, guess cricket was in the Philippines early on as well.

By the way, where in Manila could Nozaleda park (ノザレダ公園) be?

By the way, where in Manila could Nozaleda park (ノザレダ公園) be?

if this is the place, then I guessed the romanization right…

looks like it’s part of the carnival grounds so smack in the center of today’s rizal memorial sports complex then?

something also about a Wallace Field…

I came across a piece of new in the 台灣日日新報 (a news paper in Japanese during the Japanese era in Taiwan), that reported two famous Pinoy baseball players, モントポール(Montobol?) and イラノン(Iranon?), in critical condition after their ride to the stadium malfunctioned and ran into a electric pole. The body of the vehicle “disintegrated” according to the article.

I’d love to post the screen cap of the article, but it seems like it is under some kind of copyright. I only got a hold of it through school library website.

After some more digging, I can name one of the players from the 10th Far Eastern Games Filipino baseball team roster for certain, star outfielder Adelano Rivera.

You can read about him in Baseball’s Greatest Sacrifice:
baseballsgreatestsacrifice.c … elano.html

Rivera was so good, he was invited to play for the Tokyo Giants in the Japan’s professional league. He hit the first grand slam for the Giants. When WW2 broke out, Rivera joined the American guerrillas, and gave up his life. It’s a pretty moving story.

Progress is slow, but besides Adelano Rivera, I now can identify one more player, star catcher Dr. Regino Ylanan.

this is probably him

After a long struggle of trying to figure out who イラナン (Iranan) could be, I gave up on the hope on finding out what it could be. Then in the 1936 Japanese Sports Encyclopedia which is only available on a Korean website, it said Philippines’ 3rd Far Eastern Game’s catcher is the president of the Philippines Sports Organizaton (比律賓運動協會). So I went looking in that direction and came across an article that mentioned the name Dr. Regino Ylanan, as luck would have it.

After having the name it wasn’t difficult to find more info on him (well… apparently no one made a wiki page for him… so I had to get it from old news paper image archives, but it’s better than nothing)

I guess most Filipino sports fans who knows a little about sports history would know who Dr. Regino Ylanan is. He was the secretary treasurer of the Philippine Amateur Athletic Federation, forerunner of the POC for 33 years. Rizal memorial sports complex was built when he was in office. He was also the founding president of the National Collegiate Athletic Association (NCAA). He was also instrumental in taking the Philippines to the Olympics. He also acted as coach and medical officer for the Philippines Olympics teams.

Dr. Ylanan was a surgeon, and a Bachelor of Physical Education, but he was first a star athlete. At the inaugural Far Eastern Games, he was the catcher of the baseball team, but he also won first place in pentathlon, shot put and discus. He represented the Filipino baseball team at least 3 times (1913, 1915, 1917).

There is another イラナン, infielder, later in the Filipino baseball team (1923, 1925), but I doubt it’s the same person. This Ylanan also got seriously hurt during the Osaka Far Easter Games, when his car in the motorcade taking the Philippine players to the stadium malfunctioned and slammed into a electric pole. The car disintegrated, resulting in モントボール(Montalvo?) and イラノン(イラナン/ Ylanan?) being badly hurt. Pfft, Japanese cars, probably a Toyota… ok, fine, Toyota didn’t make cars until the 30s…