This will bypass this section where the landslides occur and delay traffic. So even though the rest of the route is slow and curvy, little worry about the landslide delays. 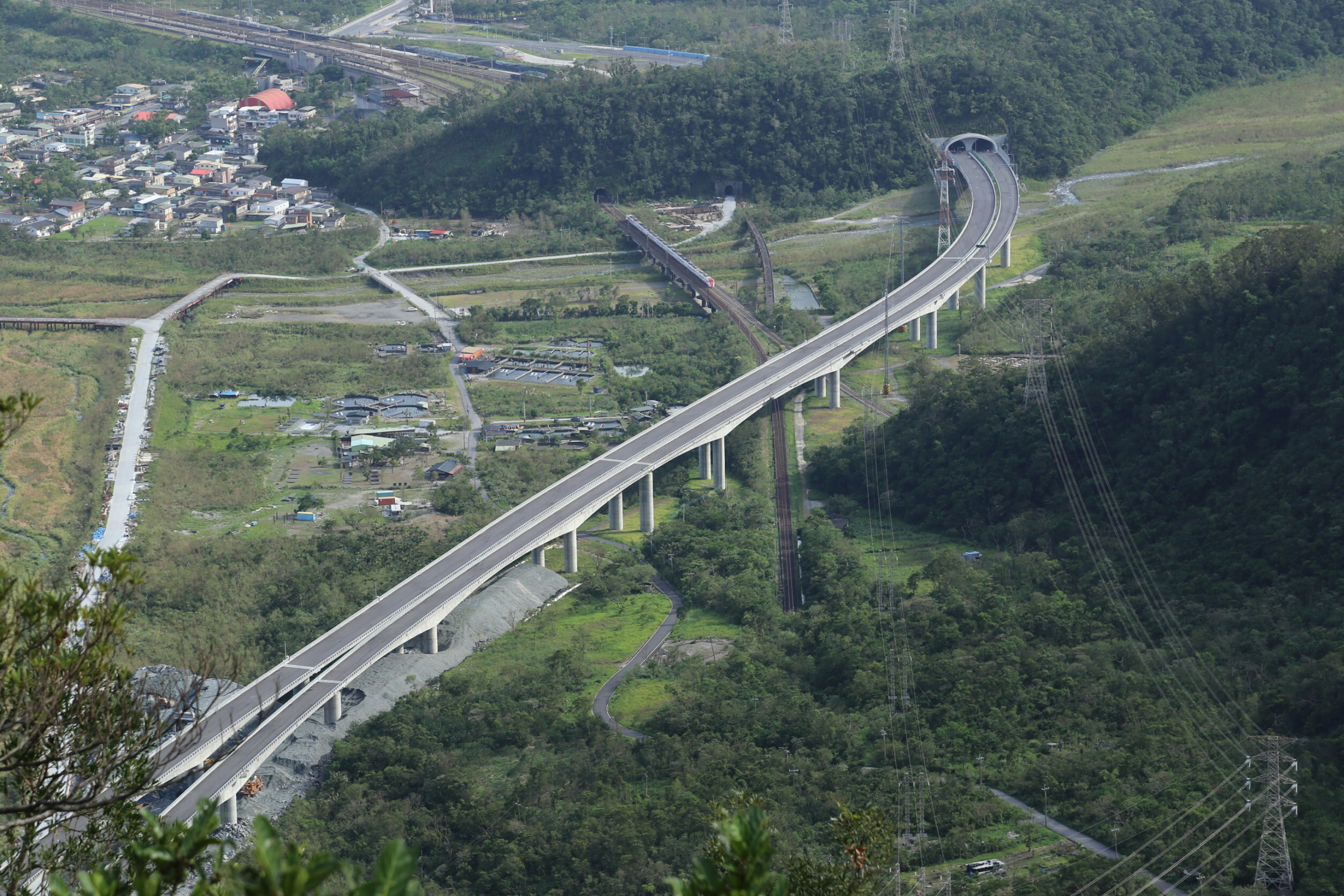 Anything to make travel to Hualien and beyond easier and faster I’m in favor of. I guess another year for everything to be done.

Making it safer is a priority for me, that road is so dangerous with the overtakers and trucks…

I predict an accident within the first 3 hours of the official opening.

Making it safer is a priority for me, that road is so dangerous with the overtakers and trucks…

All the gravel trucks go that way.

Well the highway won’t be bidirectional.

Indeed. The first hour will be two lanes southbound, the next hour two lanes northbound. the third hour they will forget to reset the direction control lights, and two full streams of two-lane traffic will meet head-on in the center of the tunnel.

SuperS54 will be proved right once again.

I guess apartment/house prices have seen quite a boost because of this (this is all according to what people are telling me and not the result of any kind of analysis). The prices have leveled off in the last year or so. I wonder if like when MRT stations/new MRT lines are constructed, there will be another boost when everything comes on line. I hope so because we bought a small apartment in Hualien. I guess road construction of all the sections is scheduled to completed in 2019.

New sections covering a total of 38.8 km opening before LNY 2020. Will make the trip much nicer, faster, safer, but less beautiful view.

The government's NT$52.88 billion (US$1.7 billion) project to improve the Suhua Highway along Taiwan's rugged east coast is expected to open before the 2020 Lunar New Year.

Time to buy in Hualian!

Probably way cheaper after another big shake of the earth in that part of Taiwan?

We just drove that road a month or so ago. It was almost surreal. I no longer have a deep love for Yilan.

We just drove that road a month or so ago. It was almost surreal. I no longer have a deep love for Yilan.

driving that road --> no deep love for I-Lan?
what’s the causality?

Are the going to shut down the old part?

The scenic coastal road is now so much more enjoyable, almost no traffic on weekdays.

Probably just that befire had a great (ignorant) impression as just spent time on that pretty road.

Anything to enhance safety on the roads I am in favor of. And you do encounter some crazy speeders in the tunnels sometimes. But more often than not, it’s the people driving way under the speed limit in the tunnels that drive me crazy. I think it’s some kind of fear of the closed space because then they’ll go back to stupid fast after exiting. There’s actually an announcement reminding drivers to pick things up (or at least there was many months ago driving between Hualien and Taipei). This shows me that there really is this issue with many drivers here.

Drives me nuts as well. The live signage in the tunnels is crap though.

To fix that you can identify individual vehicles tell them to speed up using AI,.Then flash the reg number up and tell them what speed to get to.

The tunnels themselves can cost countless billions !