Ha, ha! I love it. We haven’t found alien life (or have been found by alien life) because it is likely that most civilizations die off before they advance enough to explore the stars. 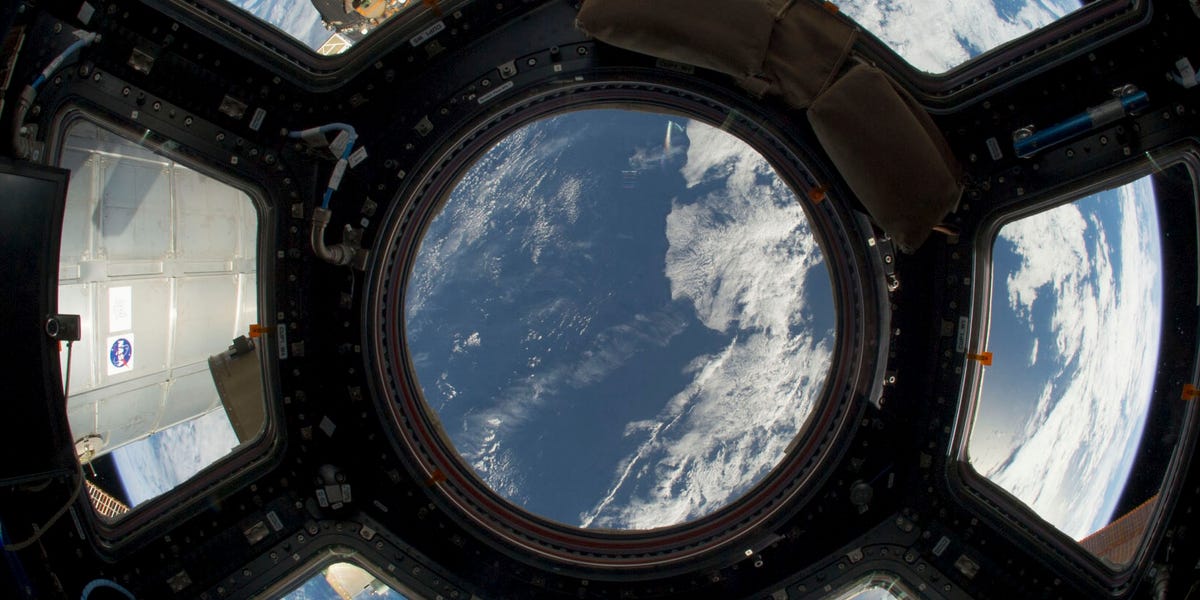 There's a compelling explanation for why we've never found aliens — and it...

One of the most important questions for the survival of the human species — and one that could help us figure out if other intelligent life exists in the universe — is whether planetary civilizations can survive the ways they change their own...

This makes perfect logical sense to be honest, plus they could’ve come before we’ve arrived, or may arrive after we die.

Kurzgesagt made a cool video about it not long ago:

First of all, we are an early civilization.
The universe is still pretty young.

Secondly, all resources interesting to an advanced civilization are sunk to the planets core. In the solar system those are freely flying around.

Once we achieved hydrogen fusion reactor technology at around 2030, it will take another 20 years to big scale duplicate this reactor and we will be able to shoot all kinds of technology into space and build space factories.

They will slowly grow to big cities and will at one point be bigger in population than earth.

A few hundred years and those people don’t even know what’s it like to live on a planet. They won’t desire it either, too dangerous. Planets have earthquakes, volcanoes, storms and can’t move out of the way when an asteroid approaches.

Once our star burns out we will be able to move, but we will be in interstellar space for thousands of years.

So why are there no aliens here.
Maybe they are already mining our outer solar system.
Maybe they are concerned that we will compete with them.
If we don’t see them, they are not here yet or the above.

Easter Island Polynesians didn’t go extinct. There were/and are still a few of them.

Pedantry aside, the one issue I have with the Fermi paradox is that we would still have ‘heard’ from alien lifeforms even if they’d died off before they’d developed technology capable of travelling to us (assuming that’s possible). Trillions of stars with billions of inhabitable planets of which perhaps millions have intelligent life sending messages out into space (as we are doing), we would have heard something.

My theory is they all developed AI and AI took over the shop and made the very logical decision that they wanted nothing to do with planet Earth.

That’s not how it would work.

Once an intelligent automaton can spread and reproduce itself across the universe it doesn’t need a connected civilisation to survive.

Do intelligent animals need civilisation to evolve and thrive on earth , certainly not.

Also these intelligent organisms would inevitably spawn countless new civilizations over time wherever they travel to as they spread ever outwards.

The key is the first step , being able to travel across vast space . Much like ocean roaming animals on Earth.

The key is the first step , being able to travel across vast space . Much like ocean roaming animals on Earth.

I’m not arguing with you (this is actually not something I even think about often), but the point of the article was that in 3 out of 4 imagined possible scenarios, civilizations die off before getting to the point of being able to travel across vast space- they die by overheating their environments, I believe was the precise method put forth. Don’t know if this has any merit. But I find it amusing.

On broadcasting signals to the universe: aren’t we on Earth a lot “quieter” than we were a couple of decades back? I remember hearing that the tech that beams into space (which if you think about it, is rather wasteful) probably isn’t used for very long.

I also wonder if virtual reality functions as a bottleneck. If you’ve already got a Star Trek style holodeck, why invent anything else?

This is something I’ve read countless books on.
And I’m a semi expert on evolution.

Evolution is possibly the biggest driving force across the universe . Competition for resources , survival of the fittest, random mutations .

There’s no reason to think it’s different anywhere else.
We are almost off planet earth, countless others have made the jump already.

Bacteria are also very possibly spread across the milky way. Some can survive as spores for possibly millions of years. Also bacteria are extremely diverse they don’t need sunlight to thrive and they can metabolise many energy sources. Some can survive high radiation, vacuum and extremely high temperatures. The organic molecules that bacteria would need to reproduce are also spread across the galaxy as well as water.

Now it took a long time for our semi intelligent civilisation to evolvek (billions of years) but we did it . It’s likely then thousands to millins of other civilisations have done it already. It would only need a couple of space faring intelligence to get the whole ballgame started though .

Why we don’t see them is another question, I think our tools are too primitive .

It’s a pretty big galaxy we’re in. Yet compared to others, quite puny. We’ve barely been able to fling our technology out of this solar system. We look far away but it’s not like our telescopes are reflecting sunlight into the eyes of aliens far away. It’s a bit early to definitively say anything about intelligent technologically advanced alien civilizations. The “There are alien microbes” argument is much easier to buy into but discovering a blob of life isn’t going to send a thrill up anyone’s leg. For me, it’s more a language problem that’s holding us back. We lack the proper metaphor and experience to accurately describe and encompass the size of the Milky Way, much less the Universe. We are unwilling to build a ship and just go off into space. Space is not the ocean. So we just send our nuclear powered radios in our place. We’re stuck on this rock, and most likely any other intelligent highly advance alien creatures are stuck on theirs too, for similar reasons.

AI exploration of space might be the way to go, as we could certainly build stuff that could take the size and scope of what’s out there and make it relative to Earth. But I doubt our three pounds of grey matter can handle it, when we are bound by our body’s need for nutrition, hugs and natural resources. We should focus on getting set up on the Moon, dealing with the new cancers it causes and then jump to the next place. My guess is that it’ll be hundreds of years of space exploration before we even get set up in our solar system…which by the way…doesn’t even have a proper name.

Within a few decades well be able to download our intelligence into a computer. By then we will be some kind of cyborgs anyway.

You know where this is going to end up dont you.

we would have heard something

They all stopped their ‘space programs’ as soon as they heard about ‘SPACE FORCE’!

Actually the dumbest thing that happened is the evolution of ‘intelligent life’. Most single cell organisms are smarter than us.

Most single cell organisms are smarter than us.

I bet you typed US.

Within a few decades well be able to download our intelligence into a computer. By then we will be some kind of cyborgs anyway.

I’m more seeing it the other way around: a continuation of the externalization of knowledge, like what we have now with iphones and the internet. You can’t put James T. Kirk on a thumb drive. When we need something, we’ll get it instantaneously from a portable hard drive. No need for scary implants. Now who decides what we get is another far more frightening matter, but we’ll essentially have access to oodles of historical data and know how and never have to work for it. How sweet will that be?

Implants won’t be scary they will be unobtrusive possibly even just like an earplug or glasses or even smaller.
Brain interfaces are already a thing. We will be plugged in on all the time everywhere with AI which will boost our brain power .

We will be talking to our pets soon enough it’s going to be pretty crazy.

Talking to pets? Nah, we will be screaming directly into their brains.

away from the door!

most civilizations die off before they advance enough to explore the stars.

Let me know when we get the single eye emoji set.

It’s true. Either that or the Fermi paradox is wrong and we are the only civilization in the universe (there is no contradiction). I guess the third possibility is that aliens have visited us and are wasting hours every day on this forum!