An incidence of media bias in the last few days:
When a group called the Patriot Front marched through Philadelphia, networks- CNN, ABC, NBC, CBS- weren’t hesitant to call them “white supremacists”.

When a highway in Massachusetts was blocked by a group of gunmen, they weren’t identified as “black supremacists” or even as black. It wasn’t until hours later that news outlets revealed they were part of the Rise of the Moors group, and you could establish who they were affiliated with- even then you had to research it yourself; they weren’t identified as a black sovereign citizens group or again, even as black.

Par for the course @MikeN1 hardly worth posting these days but kudos for you noticing.

When a highway in Massachusetts was blocked by a group of gunmen, they weren’t identified as “black supremacists” or even as black. It wasn’t until hours later that news outlets revealed they were part of the Rise of the Moors group, and you could establish who they were affiliated with- even then you had to research it yourself; they weren’t identified as a black sovereign citizens group or again, even as black.

Is that the idiots who ran into the woods and had a stand off with the Troopers? NO idea they were black. It’s pretty much been dropped from the news.

Lol, what a dramatic achievement

They should’ve strapped him down and made him watch repeat videos of Trump rallies.

What? They couldn’t find a real MAGA to play that role? Appropriation!

Wouldn’t be able to beat actor Michael Jordan’s dedication tho:

What? They couldn’t find a real MAGA to play that role? Appropriation!

Late night comedian in the 1990s: Arnold Schwarzenegger latest movie has him cast as a member of the Chinese wonen’s swim team. Filming will start in six months after Arnold is given a chance to beef up for the part.

Is that the idiots who ran into the woods and had a stand off with the Troopers? NO idea they were black. It’s pretty much been dropped from the news.

CNN bias when showing negative coverage for Biden and Trump. Trump is at the very top, first thing a user sees, meanwhile the bad Biden coverage is buried waaaaay down the page.

Years later CNN and others will claim “we were fair, we wrote equal amounts of negative coverage for both Biden as well as Trump” …we will know the key is that a lot of their “fair coverage” was buried in favor of the left.

If Biden was a Republican, we all know the “Worst Speech of Biden’s Presidency” article would be at the very top as the first thing people see. 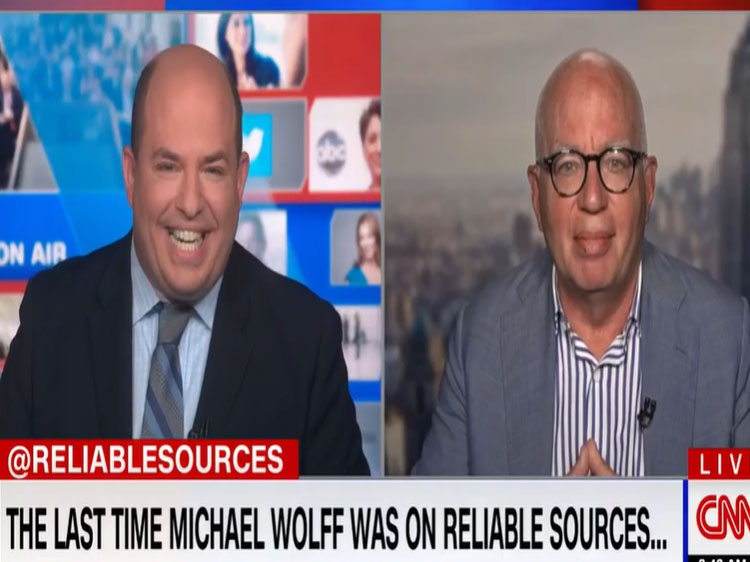 Michael Wolff To CNN's Brian Stelter: "You Are One Of The Reasons People...

Book salesman Michael Wolff joined CNN's "Reliable Sources" on Sunday to discuss the host's performance over the past five years. MICHAEL WOLFF: I think the media has done a terrible job on this. I think you yourself, while you're a nice guy,...

I only read about about Stelter, but this is a good one to have seen. Ouch. So contemptuous that guy.

This is the argument over the claim by Wolff that Rupert Murdoch made the decision to go ahead with the news that Arizona was being called for Biden (“Fuck him”, he growled."[referring to Trump]) versus Stelter’s claim that the decision came from the News Decision Desk? No idea who is right.

Fox News denies the allegations in journalist Michael Wolff’s book.
“This never happened and is completely untrue,” a Fox News spokesperson said in a statement.
By the news group’s account, Arnon Mishkin, who runs Fox’s decision desk, made the call himself.
“(The book’s) account is completely false,” the spokesperson said. “Arnon Mishkin who leads the FOX News Decision Desk made the Arizona call on election night and FOX News Media President Jay Wallace was then called in the control room. Any other version of the story is wildly inaccurate.”

In “Landslide,” Wolff recounts several anecdotes that portray an increasingly paranoid and isolated Trump during and after the election.
…
Notable in Wolff’s book is the fight between the “insiders” led by Trump’s son-in-law Jared Kushner, who accept that Trump lost the election, and the “outsiders,” led by former New York Mayor Rudy Giuliani and other conspiracy theorists who cling to the lie that the election was stolen from Trump.
…
As Trump was increasingly focused on proving he was cheated out of reelection, the day-to-day matters of leading the country were ignored, according to Wolff.
“All daily briefings were canceled, including national security briefings. All efforts to return his attention to pandemic issues, vaccine rollout, or critical intelligence failed,” Wolff writes.

A new book describes an increasingly paranoid and isolated Donald Trump during and after the election.

I remember hearing about the Trump supporters killing themselves with his health advice quite a bit. I didn’t hear the real story until a couple of weeks ago:

This has been known for a long time. I posted about it on Forumosa about 2 weeks after the story and the Mods took it down as it was considered misinformation.

Jesus, not the bleach nonsense agaiand welcome back. How ya been?

We’ve had a great time in the States with the family, thank you! I’ve been lurking around Forumosa, but have kept my replies mainly to the Covid stuff as I prepare to enter quarantine and finish the necessary hazing before reentering Taiwan life.

@B_HQ
Revisionism is the the future of the past https://t.co/xdQ80AXUDI 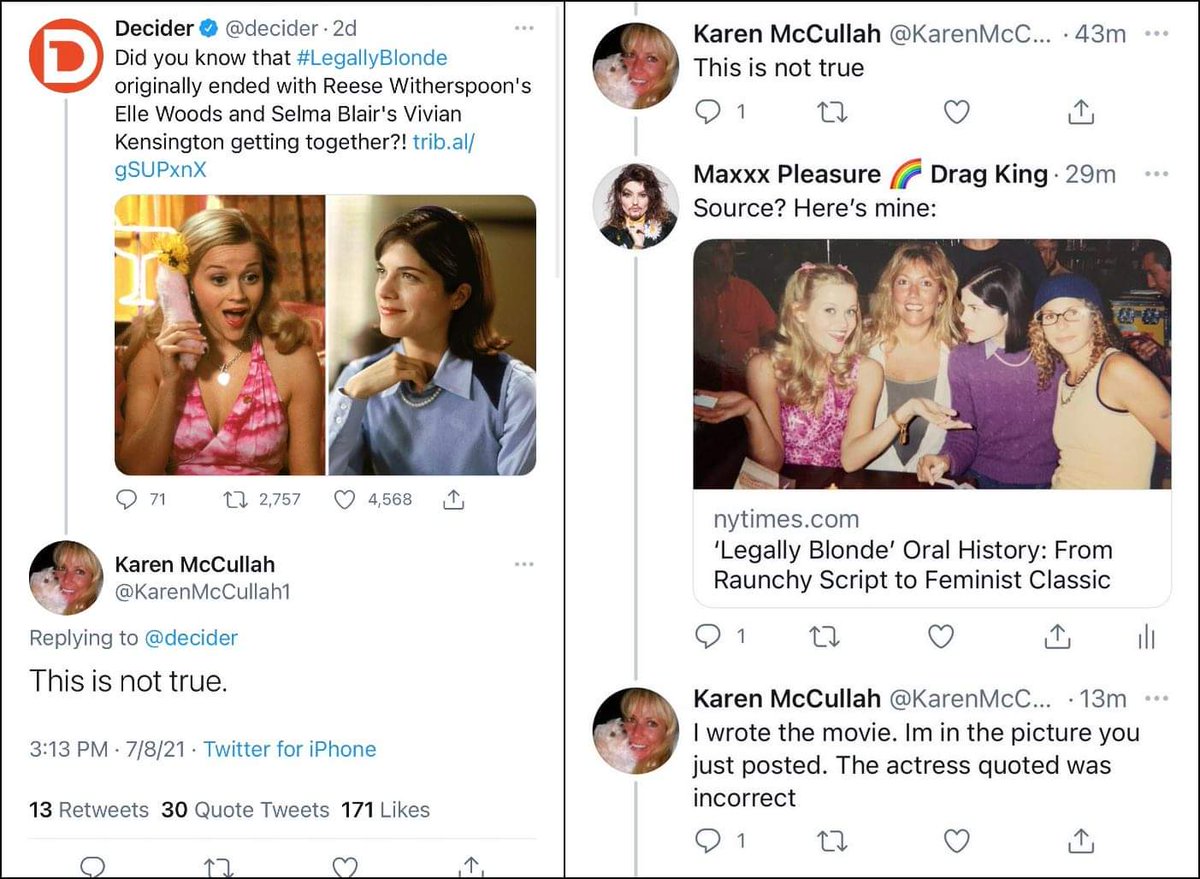 This is interesting a few years on, ties together a few things in the censorship thread 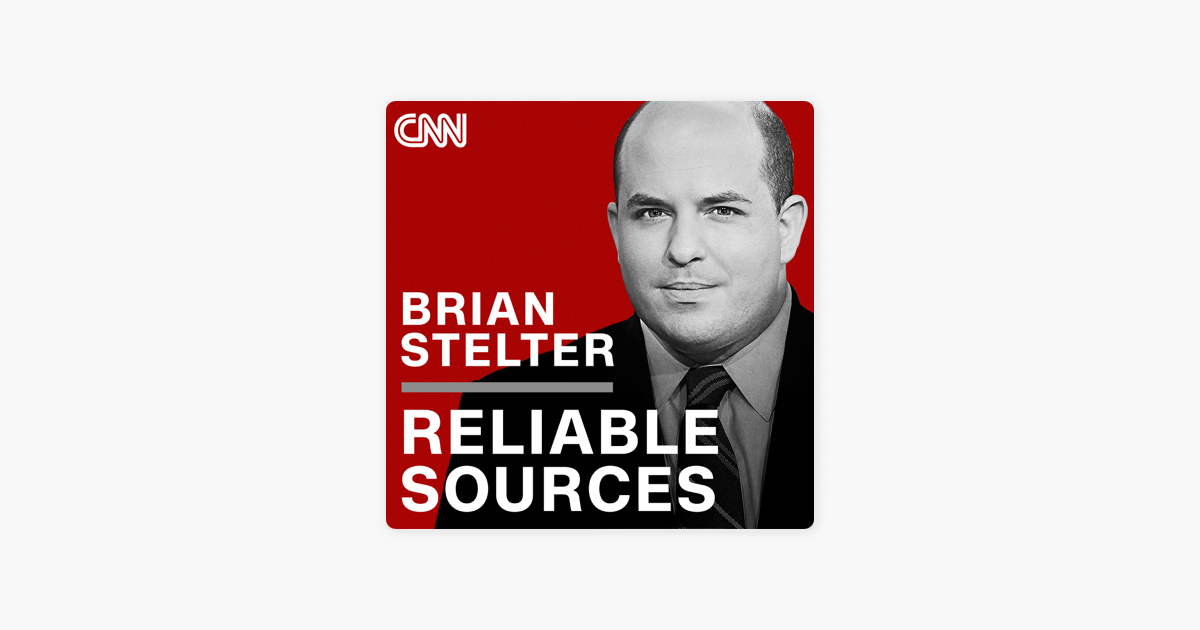 I think we all know the answer, about the guy who likes to question vaccines so much. Let’s let readers decide. 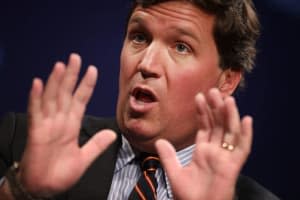 Tucker Carlson still won't say if he is vaccinated against COVID-19, calls it...

Tucker Carlson still won't say if he is vaccinated against COVID-19, calls it a 'supervulgar personal' question

When Alter asked him about his vaccination status at the end of a “meandering phone conversation” in June, she writes in a Carlson profile published Thursday, he replied: “Because I’m a polite person, I’m not going to ask you any supervulgar personal questions like that.” Alter told Carlson he was welcome to ask her whatever he wanted, she adds, and “he broke into a cackle, like a hyena let loose in Brooks Brothers. ‘I mean, are you serious? What’s your favorite sexual position and when did you last engage in it?’”

“For someone who talks a lot about the right to ask questions, Carlson never did give me a straight answer,” Alter writes. “Carlson has mastered the Trumpian mathematics of outrage — the more outlandish his rhetoric, the more vehement the backlash, the more formidable he becomes” — but “instead of Trumpian boasting, Carlson insists he’s just asking questions.”