Having seen so much misinformation lately concerning Taiwan, from major news outlets, on top of the usual bs like the commonly-used “Taiwan, Province of China”, I propose that interested people band together in a group what I’m calling…

I’ve made it a point the last few months to try and correct misinformation concerning Taiwan when I see it. I’ve fixed a couple of different Wikipedia articles, and emailed various websites that falsely claim Taiwan as part of China (either out of ignorance or to not offend the Chinese keyboard warriors).

But (aside from those Wikipedia edits), one voice has little effect.

Example of what I’m suggesting:
This article from Fox News falsely claims

The U.S.officially maintains a “One China” policy, considering Taiwan a providence within China
(I think they meant “province”…)
Nancy Pelosi swipes China during press conference in Tokyo, Japan: 'They will not isolate Taiwan' | Fox News

They have a form to request a correction of a story, which I did:
https://help.foxnews.com/hc/en-us/requests/new
I also found this just now:

What is the process for requesting a correction on a story?

The other day, CNN interviewed a military analyst who said that the US recognized “one country, two systems” for Taiwan in '79.

So long as news sources are incorrect, people’s opinions are going to be incorrect.

Aside from misinformation, I would love to see a concerted effort to get organizations to change China-centric language like the “Taiwan, Province of China” label you often see. I recently contacted the World Pool Association about their use of “Chinese Taipei”, and some consulting company I stumbled across who mentioned “Taiwan, China” on their website.

I assume that Wikipedia probably has other entries on Taiwan-[insert country here] relations that – like the Taiwan-Japan one that I fixed – falsely say that the country recognizes Taiwan as part of China (rather than “acknowledges the Chinese position”).

What effect can we really have? I dunno, but it’s worth trying. Join me?

I applaud your efforts. But I don’t think—pace the current title of this thread—that China is doing much “soft power” lately. “Sharp power” seems to the term preferred by Joseph Nye, as explained in this 2018 piece. 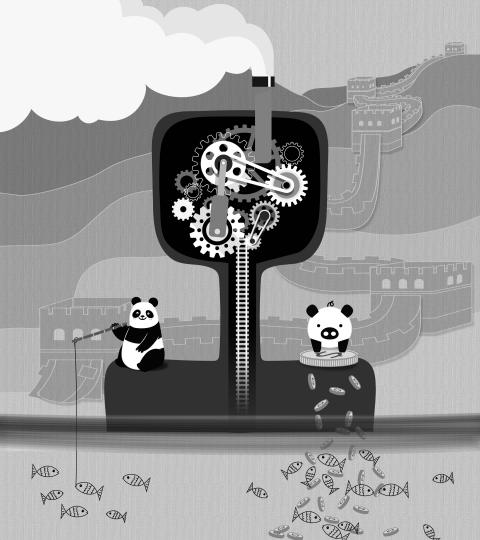 China has invested billions of dollars to increase its soft power, but it has recently suffered a backlash in democratic countries. A new report by the National Endowment for Democracy argues that we need to rethink soft power, because “the...

I’m usually happy enough when people understand I live in Taiwan and not Thailand.

…Classy
Not supposed to leave…
…The Great Firewall
Stupids

Just found out that my home state’s teacher/school job application site has all my jobs from Taiwan listed with “province of China.” Writing an email right now to ask what they gain from that, rather than telling them to go fuck themselves.

You’ll need to send a correction to the US State Department too:

“The United States approach to Taiwan has remained consistent across decades and administrations. The United States has a longstanding one China policy, which is guided by the Taiwan Relations Act, the three U.S.-China Joint Communiques, and the Six Assurances. We oppose any unilateral changes to the status quo from either side; we do not support Taiwan independence; and we expect cross-Strait differences to be resolved by peaceful means. We continue to have an abiding interest in peace and stability across the Taiwan Strait. Consistent with the Taiwan Relations Act, the United States makes available defense articles and services as necessary to enable Taiwan to maintain a sufficient self-defense capability -– and maintains our capacity to resist any resort to force or other forms of coercion that would jeopardize the security, or the social or economic system, of Taiwan.”

U.S.-Taiwan Relationship As a leading democracy and a technological powerhouse, Taiwan is a key U.S. partner in the Indo-Pacific.  Though the United States does not have diplomatic relations with Taiwan, we have a robust unofficial relationship....

considering Taiwan a providence within China
(I think they meant “province”…)

That’s a typo, not a false claim.