Another one to keep an eye on. 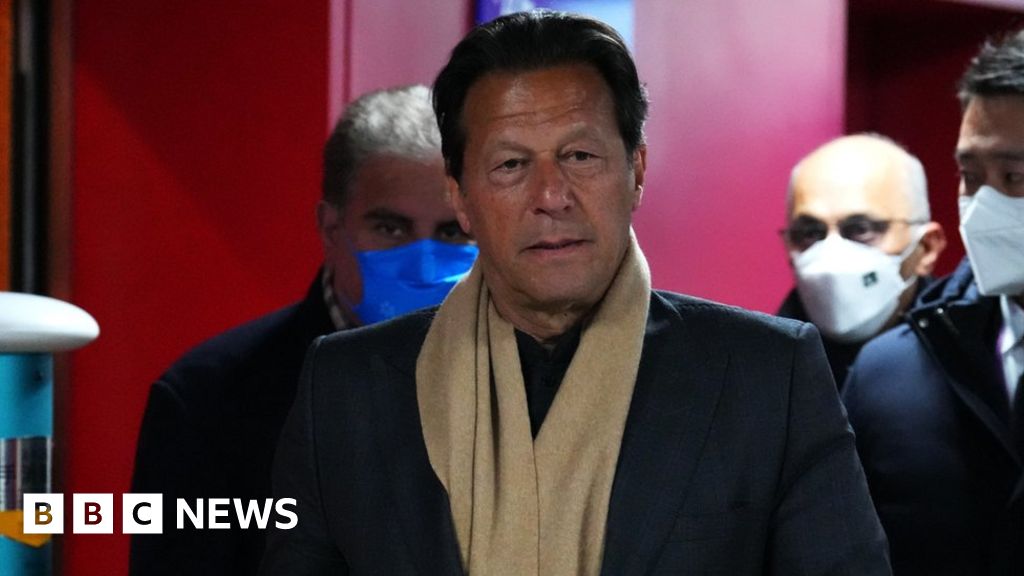 Imran Khan says the US is leading a conspiracy to remove him because of foreign policy decisions.

Pakistan’s president has dissolved parliament - a step towards early elections - following an attempt to remove PM Imran Khan from office.

It comes after parliament’s deputy speaker refused to hold a vote of no-confidence the PM was expected to lose.

Mr Khan claims the US is leading a conspiracy to remove him because of his criticism of US policy and other foreign policy decisions he has taken.

Opposition politicians ridiculed the allegation, and the US has denied it.

The old US conspiracy goto line. Always a sign of desperation, IMO.

He was a fantastic cricketer, though.

Saw that a few days ago. Pakistanis are truly pisst off. Who is Donald Lu — US diplomat who allegedly ‘threatened’ Imran Khan?

Imran Khan claimed that Donald Lu was allegedly involved in the "foreign conspiracy" to overthrow his government through a no-confidence vote. The US State Department on Thursday firmly rejected Khan’s remarks over Washington’s role in an alleged “foreign conspiracy” to oust him from power. 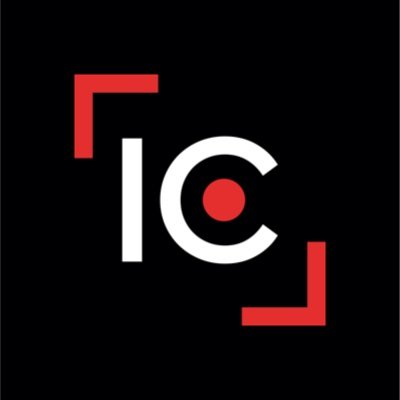 Does is seem like the alphabet agencies/state department of the U.S. are going around the globe shooting themselves in the foot with their actions.

Something about Imran Khan’s pronounced hand gesturing tells me he’s a wrong’un.

Does is seem like the alphabet agencies/state department of the U.S. are going around the globe shooting themselves in the foot with their actions.

It would possibly seem like that to a conspiracy-obsessed anti-American who wants to blame all rhe problems in the world on Washington. Sometimes people blame outside forces for problems which are outside their control or are caused by their own failures.

Alright you may go back to your cave where you came from.
Updated news:

Security high alert in Islamabad ahead of NA session today

ISLAMABAD: A tumultuous session of the National Assembly to convene today with the agenda of the no-confidence motion against Prime Minister Imran Kha ...

Supreme Court on Thursday ordered NA Speaker Asad Qaiser to summon the session on Saturday (today) to allow the vote. [of no confidence against PM Khan]

No matter the outcome, things won’t be calm there for a while.

Imran Khan has become the first Prime Minister of Pakistan to lose a no-trust vote. Today's vote that pushed out Mr Khan from the top post capped a dramatic week during which he sidestepped an initial no-confidence vote before.

Not a single Prime Minister in Pakistan has completed a full five-year term since the country’s independence in 1947.

Interesting view from the more skeptical. 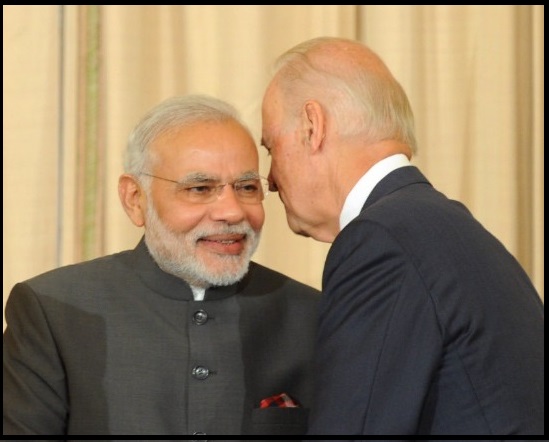 Against the backdrop of increased Russia-India trade {link}, and the BRICS discussions about new trade payment mechanisms to avoid being shackled to the dollar {link}, it would appear the people behind the White House operation to create/maintain...

Why It Matters: Pakistan must roll back subsidies on fuel and electricity to continue negotiations with the International Monetary Fund and receive the next tranche of its ongoing bailout. These measures are also necessary to control the country’s high fiscal deficit, which the government has warned could reach 8-10%. Maintaining public and political support while simultaneously satisfying the IMF will prove challenging, as cutting subsidies on fuel and electricity could trigger unrest.

Background: The government of former Prime Minister Imran Khan announced a politically motivated relief package in February that cut electricity and petroleum rates, contrary to IMF requirements. Pakistan’s current account deficit is estimated to be 4-5% of its gross domestic product.

So, maybe that played a part in U.S. wanting Khan out.
Ex-PM Khan cutting electricity and petroleum rates ran contrary to IMF’s demand (U.S. is largest member at 20% or more of budget). @cnnsuxx
Pakistan Air Force has launched attacks on Afghanistan, killing 40 people. This is just the beginning, What a tragedy this is as Imran Khan was friendly to Afghanistan, the new government doing the bidding of the US is destroying that and creating a war.

So, that was quick. Get the IMF money and attack Afghanistan.

Pakistani guerillas operating against Pakistan in the area have greatly increased their operations since the Taliban took power. Imran Khan’s government though generally supportive of the Taliban- was building a fence to separate the two countries to prevent Pakistanis from the region who fled across the border to slip across and attack Pakistani targets.
In spite of the fever-dreams of the conspiracy-minded, this was not orchestrated by the CIA and the IMF= people living there have agency and aims of their own.

Taking a page from the U.S. of how to deal with ex-presidents.
Terrorism now includes levelling baseless allegations. Ummm. Ok. 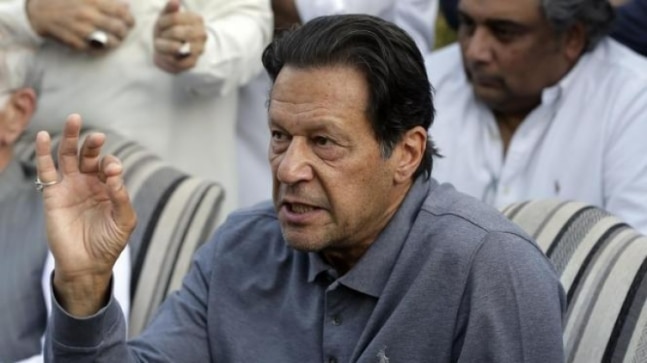 An FIR has been filed against former Pakistan Prime Minister Imran Khan under the Anti-Terrorism Act.

The PEMRA, in its directive, said that it has been observed that PTI Chairman Imran Khan, in his speeches/statements, is continuously targeting state institutions by levelling baseless allegations, and spreading hate speech through his provocative statements against state institutions and officers, which is prejudicial to the maintenance of law and order and is likely to disturb public peace and tranquillity.

Things could get hairy. 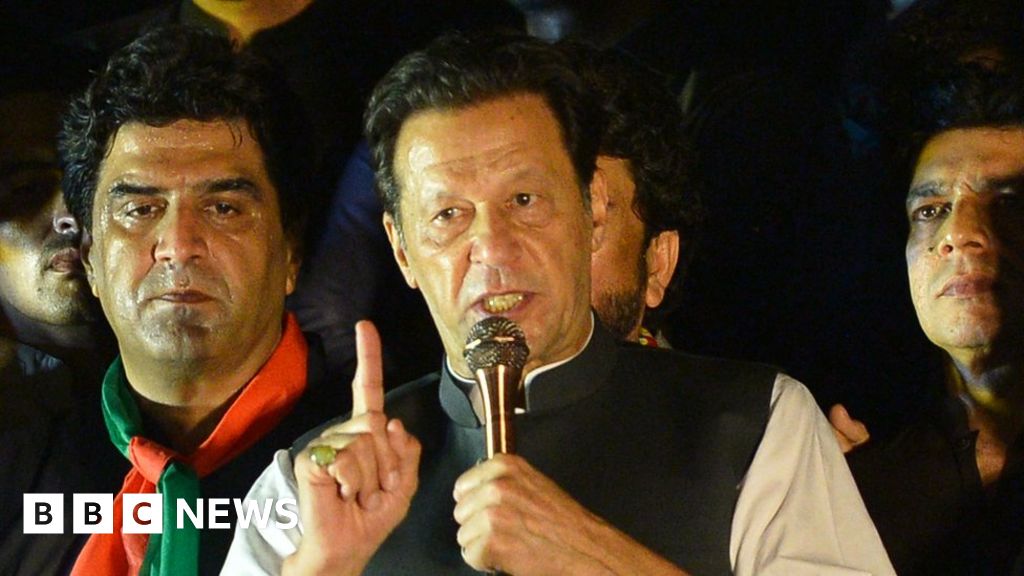 Sad that best people seems moved to the UK and other places (some in Taiwan), I wonder if anyone would move back and try fix the mess.

These “events” are on the rise for both sides of the aisle. 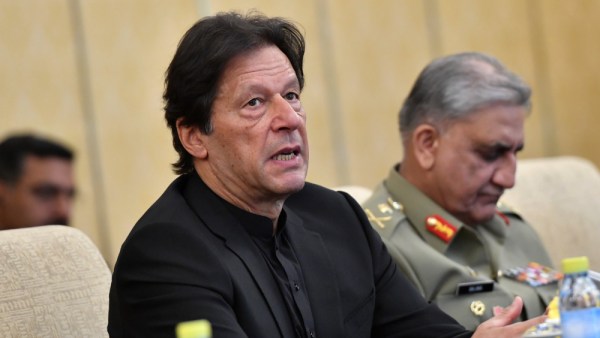 Imran Khan, the former Prime Minister of Pakistan, has been shot in the leg in what is being described by his supporters as an assassination attempt. The incident took place at Wazirabad on Thursda… 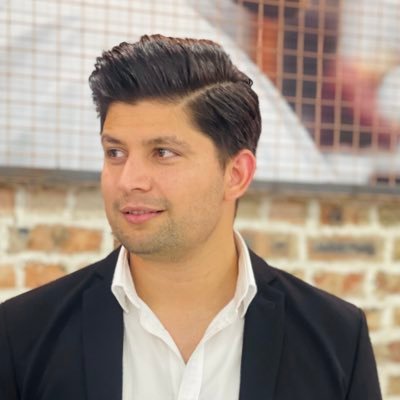 4 posts were split to a new topic: Not about Pakistan