Ok. Cheers! Agreed. Love Taiwan anyway! As mentioned not as bad as China.!

I live in Kaohsiung. The air pollution here is bloody awful. It’s only tolerable after a rainy day.

No, it’s not as bad as China, but besides India, what is? When you think your standard of basic quality can’t get any lower, China always finds a way to reach new shitty depths.

Also, I want to point out that mortality rates is not what we really need to fear about air pollution. Instead it’s mental and developmental issues. High rates of air pollution correlates with lower test scores and behavioral issues.

It’s not except for some polluted city such as Milan maybe. Otherwise Europe is generally very clean. The US also has excellent air quality standards, from my memory the worst area for air pollution was actually the central valley in California.

Even oil processing zones such as Houston don’t have bad air pollution when I reviewed it before. 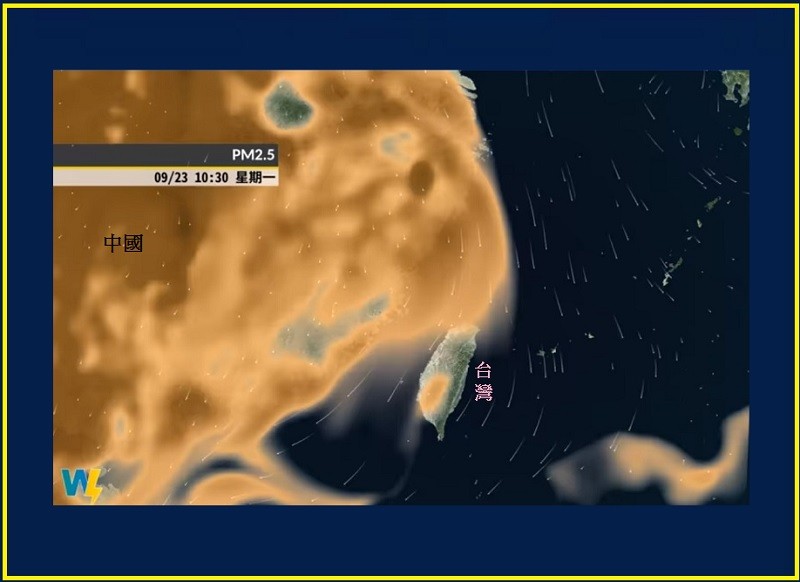 Right on time as usual…Haze is building …Enjoy the great weather now.

This is how it is back home… It looks LA Smog is worse than Taipei… are you sure it’s as bad as LA?

You want it to be as bad as that ?
Well just wait for a while you will get your wish.

And if you miss that view just drive down to Taichung （it looks eerily similar to the view from Dadu plateau back to Taichung city).

This is how it is back home… It looks LA Smog is worse than Taipei… are you sure it’s as bad as LA?

Everytime I went to Yangming Shan, on weekends. I remember looks similar.

As far as Taiwan cities go, or west coast for that matter, taipei isnt that bad. Out old president (who went to jail) did a lot to clean up taipei of the super dirty industry. Its been more or less improving since then despite being in a basin. In that eay it probably also one of the few main hubs in taiwan that actually sees any diffetence in scooter pollution controls, smoking etc.

The rest of productive taiwan doesnt do much other than make as much money as possible and parade a few poor suckers when social outcry becomes too annoying.

If I had to chose a busy city to live in while in Taiwan, Taipei is it. They at least can think about the future. Hualien would ve the ideal but for most city folk hualien city is considered countryside… Thats whybits nice.

It’s the same according to all websites. But people here will always tell you those are fake and only their middle/old-aged eyes are right.

Haha, I think I’ve concluded that Taipei is not that bad lol.