PVC + Bamboo Flutes, Bassoons, and other Instruments in Taipei

I don’t really have the facilities to work with glass… sorry.

I have an ABS cornet. It’s clackety and needs a good mouthpiece, but it is okay. Plastic instruments are becoming a thing for children’s instruments. For a kid activity we’ve played around with pvc pipes (mostly adding a mouthpiece and looking at how length changes the instrument).

I have a family member that plays bassoon and there have been plastic bassoons for a long time. A DIY PVC bassoon isn’t going to have keys, a good bocal, or a reed. On the other hand, for 2000-5000 ntd you can definitely buy a real used trumpet, violin, guitar, etc.

What’s your goal? Are you interested in designing/selling an instrument, or learning to play, or you just want to make some DIY instruments?

I don’t really have the facilities to work with glass… sorry.

No worries. Thanks for letting me know.

I’m a saxophonist I know saxes. Those Yamaha student saxes are a bargain here c. 15k. Very nice saxes. Taiwan has a ridiculous amount of saxes being bought and sold due to the many old men who love playing nakasi music in the park.

bear, could you actually contribute some musical knowledge to this nascent thread; instead of well-meaning but facile comments about sax prices?

How is it a facile comment? TL claimed a 70k price tag, I picked up a fantastic Yamaha sax for 12k.

I mean best I can do is heat some glass rods to round it over, but I can’t really shape glass without a furnace or something. Problem is glass is such a bitch to work with and it easily cracks if heated the wrong way…

Using a 3D printer you could print all the pieces and glue them together.

I don’t think you want to glue a mouthpiece.

This reminds me that I’m the owner of an alto sax and a clarinet. I told myself to bring here the latter but it’s still in my country.

As for the alto sax… it was a cheap one from Thommas or the other German shop. I guess I’ll never be Coltrane haha.

I had a PVC endcap fitted so that a mouth piece would jam in with some force. It forms an airtight seal. Real sax uses cork lining to achieve the seal.

I mean best I can do is heat some glass rods to round it over, but I can’t really shape glass without a furnace or something. Problem is glass is such a bitch to work with and it easily cracks if heated the wrong way…

All I really need is for the top of the bottle to be cut off, so I have an old style slide. The rounding is not essential.

I figure it’s worth a try, nothing to lose.

Old school bluesmen have been making bottleneck slides for over 100 years, so I figure there must be some way.

If it breaks, no worries. Its just a beer bottle.

bear, could you actually contribute some musical knowledge to this nascent thread; instead of well-meaning but facile comments about sax prices?

Dude, he’s giving you his two cents. You should listen to him, to gain his wisdom took him many years, he’s ancient.

Ok, I guess I can try. I don’t have a glass cutter though and best I can use is a cutoff blade on an angle grinder. I don’t know if that’s safe to do.

My problem with breakage isn’t from the cost of the glass, it’s all the glass shards that can present a hazard for me and the cats.

Dude, he’s giving you his two cents. You should listen to him, to gain his wisdom took him many years, he’s ancient.

Yeah. I know bear’s got a brain. I wanted him to talk about scales and modes. I figure he has a lot to share, if he’s not busy. He always sounds busy.

I don’t even have 12K to drop on a used sax right now, so all the WhyDon’tYouJustBuyOneWhyDontYouJustBuyOne comments I get in these threads… I figure people want to help, they just don’t realize I really like budget DIY instruments. PVC instruments are lush, if you get it right. It’s weird such a cheap material can have such a cool, bassy tone.

One in Mixolydian, so I can play Happy Birthday. Then I’ll make another one on a blues pentatonic scale, with extra tritones and chromatic notes. Then another one on the Phrygian scale, so I can play Bitches Brew type stuff. Bass flutes are a lot easier to play than saxes, so I might go that route.

The sky is the limit, and each model will cost 500TWD. I can’t figure why people don’t see how useful that is.

There is a whole class of people, including me, who don’t have 10 grand spare to spend on an experiment.

Let’s see where this magic carpet thread takes us this Autumn.

This guy is everything good about America.

Look how he’s changing the notes.

Not a hint of audible PVC. If I didn’t see the vid, and you told me that flute was made of obsidian and jasper, I’d believe you. 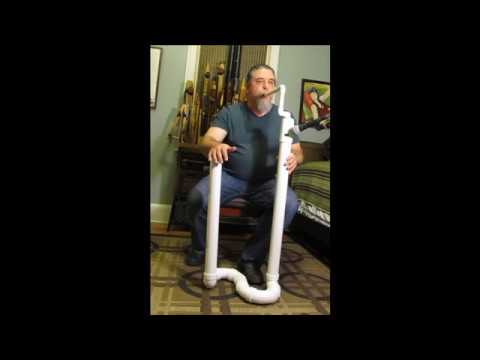 I wanted him to talk about scales and modes. I figure he has a lot to share, if he’s not busy. He always sounds busy.

Why in this thread? Also he doesn’t sound that busy to me, more like the contrary xD

Why in this thread? Also he doesn’t sound that busy to me, more like the contrary xD

Why not in this thread?

If he’s got time one day, he can come and talk scales and jazz. If he’s busy, no worries.

This guy’s a proper mad scientist, plays it around 2:38. 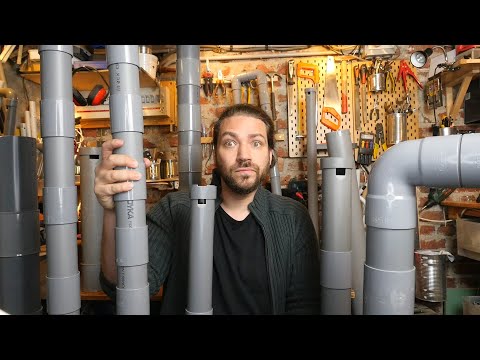 PVC flute masterclass here. He plays around 13 minutes, then gets deep into construction.

Im going to build something close to this design, but hopefully with
some chromatic notes, so I can sound jazzier.

If I get it right, it’ll sound kind of like a swinging native american tune. 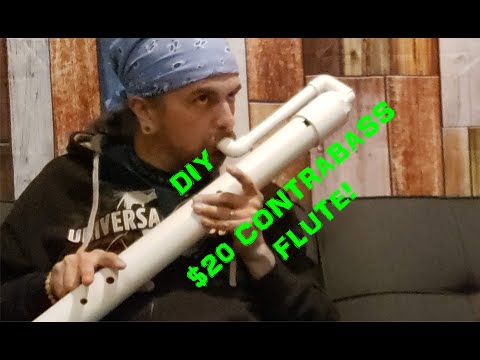 This is a smaller flute for 3 bucks. It’s a little too close to a recorder for me… but a bigger model on the same design might be perfect. i guess you’d use the hole calculation software I linked in the first few posts, and double everything.

In his vids, he doesn’t play til the end, normally. 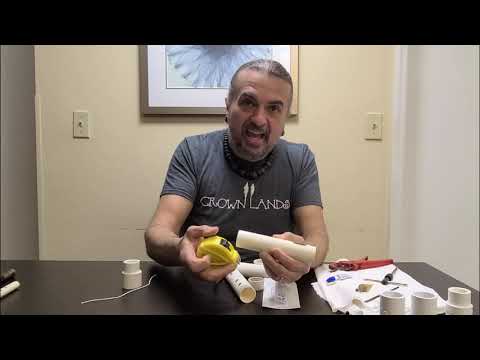 What about bamboo saxes?

I remember reading about those too long ago. And seeing them around, sold on the street. Not sure what streets though… not sure about the country

What about bamboo saxes?

That’s a really cool idea. I didn’t even know they existed.

This guy gets a good tone. 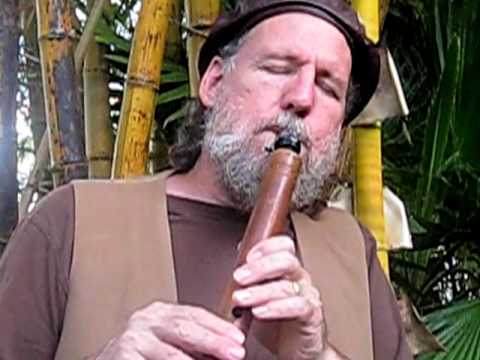 I figure bamboo might be a little harder to work with, because of humidity/air-tightness/joint-sealing/imperfections… but it’s easy to get hold of, and the principles are the same.

Might be better to do 1 or 2 models in PVC, then graduate to bamboo.

In this field it’s a little easier to look for bass flute tutorials, than sax.

This guy gets a truly haunting tone. Note the onboard mic, so he can stick some reverb and delay on in.

I just wish these native American types would swing a little harder. 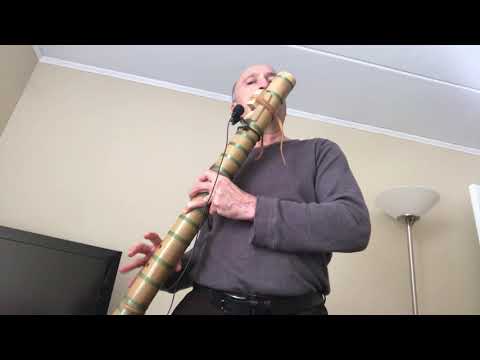 I custom built my own Javascript drum machine here. It works on most phones:

Drum Machine made in React as a free code camp project...