Oh that’s embarrassing for you

It’s not. Your first post is fine, but there are several ludicrous replies claiming women “look like boys” or “don’t want to be considered sexy” with short hair which are problematic as fuck.

Oh you are calling out the replies not the post itself

Ah ok I can understand what you mean then. It’s not an unreasonable thing to say I think

There are some women who look better with a bobcut. Audrey Hepburn and Demi Moore for example. 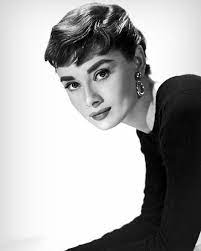 Fucking with women’s uterus isn’t enough, you have to control them from their hair?

Actually these two things are often done together.

I don’t think this is even a good hair cut in general. I could cut that with my nail clippers.

No doubt Audrey would have swooned for you—if not for that haircut.

Actually I don’t mind hair down there so much.

Actually I don’t mind hair down there so much.

I prefer it, actually. But not legs and armpits.

I don’t think this is even a good hair cut in general. I could cut that with my nail clippers.

right. but still hot. because she’s hot, and not because of her hair.

I prefer it, actually

Because the braiding gives you something to do between bouts?

It’s an annual mid to end of summer trend not just in Taiwan but everywhere in the world after girls are tired of having long hair through the long summer they finally just cut it.

Also hints at possibly independent thinkers or bold or crazy or something else.

Catch "em while you can.

Catch them while you can.

And if that fails, go catch a screening of American Girl at the upcoming Women Make Waves Film Festival!