It’s actually just been collecting dust. That’s the same bike I broke my ankle on several years ago. Been a bit gun shy since.

And that ride isn’t very good as a true MTB. It’s setup as a dirtjumper/urban assault rig.

Ehrmagod that just gave me the chills

Do I see a couple of Brooks saddles there?

I’m a dirty bike looker and your rides are sweet.

The Hercules has a Brooks. The blue Raysport has an Ideale (french). I have a Cambium C13 that I want to try out.

I have a Paul Smith saddle that was a gift, Brooks-like, not sure if any of you guys would be interested in it? 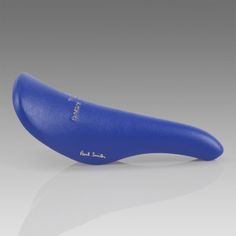 Geebus. Could you send me a photo of the underside and how many kidneys you require?

Yah, let me dig it up and I"ll PM you the details. GIANT ATX 780, my commuter in Melbourne since 2013
It rides so well that I bought another one but smaller size and brought both frame back to Taipei.

Definitely thinking about getting a flat bar bike with fat tires next for my commute. Slower, but it’d be so much more comfortable.

Mostly my pub bike. Occasionally I ride to work but prefer one of the geared bikes for that, it’s 20 km of busy roads with nasty hills.

actually it’s got 2 inch slicks on it now, and less serious lights, and one of these: … in blue. Just because.

edit: oh, looking more closely, i can see that it already had the horn in that shot. Oh well, just new tires it is then.

I bet in your heydays, you’d be beasting those Okinawa rolling hills on this bad boy.