Signal was recommended by a tech-savvy friend as it apparently does not harvest or sell our data.

I just started using it.

How commonly used is it in Taiwan? Are forumosans enthusiastic about it, neutral, or indifferent?

I use it. But not many people on it. I find Telegram is growing.

I use it and try to direct people to do the same. Most of my friends who have jobs that require some kind of clearance use it. I have my family in it. In Taiwan…not so common.

I use it with my family and friends in other countries. Nobody in Taiwan though. Taiwan seems hooked on Line.

I use signal as my primary communications app, and managed to get my friends and family on it. It is a good app, but recently they have had some negative press. The only people who are going to be using it here are those who are interested in security and privacy. Signal is not about anonymity though, it is far from it so if that’s what you are looking for, look elsewhere.

recently they have had some negative press

Do you know about what?

Negative press can sometimes be a good sign. The establishment does not want to lose of control of messaging.

I’m still looking for a web-based messaging platform that doesn’t require smartphone sign up. I haven’t used a smartphone for a couple of years.

Unfortunately that excludes Signal, which does require a phone number and a scanning of QR codes to link up additional devices (example: your laptop or desktop).

recently they have had some negative press

Do you mean the crypto payments beta testing?

As the world stands today, the future of transaction privacy does not look great. The existing landscape is dominated by traditional credit companies, who over the past decade have been steadily pushing their networks for increased access to user...

I use it to talk to family. Since it can be switched to the primary texting app. That way I’m “texting” them without an extra app like line. Same app I send 1922 to, makes it easier.

Unfortunately that excludes Signal, which does require a phone number and a scanning of QR codes to link up additional devices (example: your laptop or desktop).

Yes. It excludes most alt messaging apps. Telegram as well. Kind of annoying. I wonder if there’s one which works with dumbphones. That’d be fun.

I use Chatzy to chat with a couple of people. No encryption. It’s just a fun chatroom app. Anything to get away from that Orwellian FB feeling.

I have some programming experience. I played around with this and got it working on my local environment. 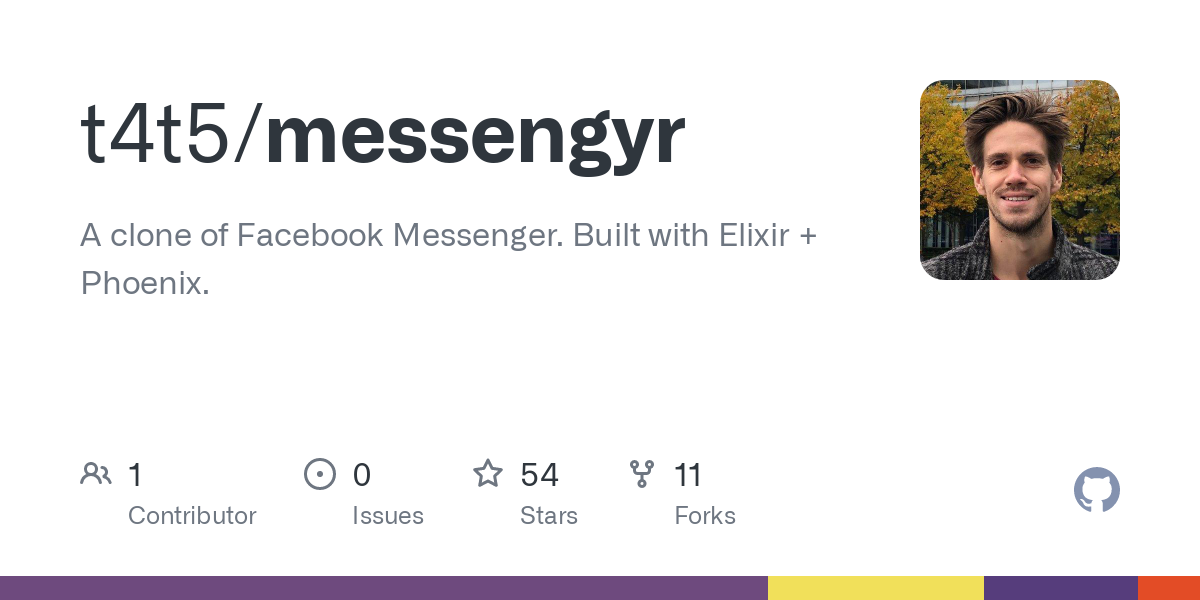 GitHub - t4t5/messengyr: A clone of Facebook Messenger. Built with Elixir +...

…but it’d take 15-30 hours work to get a full messaging web-app going and I don’t have the energy right now. Summer is too hot.

This is an interesting topic. I think a large percentage of people are unhappy with messaging right now.

Do you mean the crypto payments beta testing?

Yep. A lot of people left Signal because of this.

I know an organization who previously used Signal amongst staff who also moved away too.

I also felt it was a weird move. Why add that to a simple messaging app?

It certainly hurts their credibility.