‘Dying’ seems a bit of an exaggeration. Even in Taipei I hear Holo spoken most days. Maybe declining?

Dying is exactly what’s going on. A-hua-sai made several videos explaining how stats shows Taiwan would die out by 2069 if nothing is done to reverse the current decline. In many ways Taigi is about as alive as Hawaiian was 20 years ago.

I highly doubt 10 people, let alone 10 politicians, could agree on what should be standard written terms for much of the language.

I think the government has collected and organized plenty of resources for that over the years.

There are texts books for all native languages. Including sub-languages within Atayal, Bunun, Amis and others.

I think the tests has to be based on languages instead of government defined ethnicity. So if there’s more than one Altayal or Bunun languages, have the tests in each one.

I would also like to see a Taiwan Unified Romanization to making sure everyone can at least read out something written in another native language.

You’d also have to come up with terms for complex academic/school terms in each of the languages, and then assume that kids from those cultures would know those terms.

I guess this may be a big problem. Do all languages have vocabularies to express all the contents of tested subjects? If they don’t, terms are borrowed from Mandarin?

I guess this may be a big problem.

For all those native languages that use Romanization, just write down those terms as is, or change them phonetically to fit the language.

That’s what the Philippines, Malaysia, Indonesia do, heck that’s also what Japan does.

For all those native languages that use Romanization, just write down those terms as is, or change them phonetically to fit the language.

The issue with that is if you have to borrow too many commonly used terms (cell phone, internet, airplane, etc.) from English/Mandarin into a language with very few speakers, it begins to sound more and more like English/Mandarin and the language itself can lose some of its ‘identity’. This naturally isn’t an issue for any of the languages you described as they already have robust cultures and a large number of speakers. I’m thinking that elders and/or scholars for a language agreeing on a term within the language to represent these ideas would make it more robust and ‘unique’. Maybe something like what was done when creating modern Hebrew, where the word for ‘electricity’ was taken from an ancient passage in Ezekiel describing ‘godly power/energy’. (Not like these languages have ancient books, my point is about inventing words or repurposing old ones instead of borrowing heavily from other languages.)

Though, I’m not a speaker of these languages (besides a little bit of Taigi), so I’m not sure I can comment on what the ‘right’ way is. Whatever word a speaker of the language uses is naturally the right word to use.

For more robust languages like Tagalog and English they do well with over 50% of their vocabulary being loanwords, and still sound pretty unique.

But I see what you are saying, borrowing a page from the Hebrew revival, where many words were reconstructed from ancient terms, or Arabic words sharing the same Semitic roots.

There are texts books for all native languages. Including sub-languages within Atayal, Bunun, Amis and others.

do they have textbooks for all subjects written in native languages?

do they have textbooks for all subjects written in native languages?

No, and first I think we need scholars with familiarity with native languages to start compiling these textbooks.

I think we need scholars with familiarity with native languages to start compiling these textbooks.

without those textbooks, I think they cannot make examinations.

Yeah, my wife is Amis from Taitung, and she finds the Amis spoken in Hualien to be incomprehensible. She and her generation (50s and 60s) generally speak Amis for personal and local matters, but switch into Mandarin or Taiwanese for national/international things. There was an old Belgian priest , who had been here for decades, and was much admired for speaking “like the elders” i.e. he used all the correct grammar and word endings which had been abandoned by the younger speakers.
My son married a Puyuma woman, and last year we went up to her village in the mountains. There were Puyuma costumes and Puyuma dances- but I didn’t hear a word of the language- it was all Mandarin and (some) Taiwanese.

No, and first I think we need scholars with familiarity with native languages to start compiling these textbooks.

My wife’s aunt is far from a scholar and is in her 70s, but every year the schools beg her not to retire from teaching Amis as there are so few people who can read the Roman letters devised by the old missionaries for the aboriginal languages (she’s an old-time Christian).

I actually think speech and grammar is far more important than being able to read a set of romanization. From my personal experience of learning Taigi, romanizations for a native or near native speaker is a dime a dozen, if you know one you can get used to another one really quickly.

21 percent seems low. At Family Mart in KHH here, staff almost all high school students can speak Taiwanese (I see talking with older customers). Yes, it’s Southern Taiwan but still Taiwan and do NOT see it dying out here by 2069 (I will probally not be around to know this) as still many young kids can easily chat in Taiwanese to each other here.

It’s one thing to know just a few phrases, and another thing to actually be able to carryout an entire conversation in Taigi.

Healing words: Taiwan’s tribes fight to save their disappearing languages

Simply because they decided not to “translate” the term doesn’t mean the languages are dying. Surely they are dying, but this is not a sign. It’s just simply a loan word. There’s so many loan words in Taigi, sulipa, laida, unchan, etc. Also in Mandarin, 歷史，經濟，科學，冰淇淋，沙發，丼飯，宅在家, etc. Same for English, sushi, pizza, À la cart, Tokyo, manga, truck kun, that doesn’t mean that English is dying.

Yup. I don’t understand daigi but fans on FB were saying it was rusty. 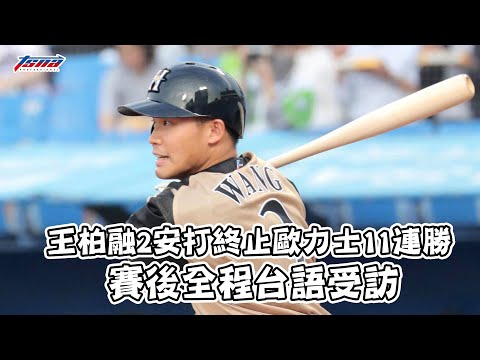