The New Scholarship on Star Trek and Pedophilia: ‘Don’t Let Her Touch Your Wand, Jim!’ In May, Yale cyberlaw expert Ernest Miller noticed an astonishing tidbit in a Los Angeles Times story on the Toronto police Sex Crimes Unit’s pursuit of pedophiles:

All but one of the [over 100] offenders they have arrested in the last four years was a hard-core Trekkie.

Miller was skeptical but the cops basically stood by their story–at the least, a “majority of those arrested show ‘at least a passing interest in Star Trek, if not a strong interest.’” Not just an interest in science fiction generally, mind you. But Star Trek.

The conventional explanation for this seemingly bizarre correlation was that pedophiles must simply be trying to use an interest in Star Trek as a device to lure their prey. But Ellen Ladowsky, an L.A. therapist, thinks there actually is something inherent in the show itself that makes it “irresistible to perverts.”. She lays out her case in HuffPost. Sample:

[W]hen it comes to relationships off the ship, Captain Kirk displays a truly astonishing emotional poverty. He goes from planet to planet, having trysts with an assortment of nubile women, but never forms any real attachments. … [snip] …There’s a pervasive message that women are toxic. In an episode called Cat’s Paw, there is an evil sorceress who separates the crew from each other and from the starship. The perpetually indignant Dr. McCoy cautions Kirk, “Don’t let her touch your wand Jim, or you’ll lose all your power![”] On the very rare occasions where Kirk seems to find love, his partners quickly die off. After one of his loves has croaked, Kirk admonishes Spock “Love, you’re better off without it.” [Emphasis added]

[I]f the pedophiles are identifying with the crew members, who do the monsters represent? Possibly aspects of the pedophile’s mind that are split off because they are unthinkable, and projected into someone else. On the Enterprise, aggressive impulses aren’t battling it out with libidinal ones as they are here on earth. In the Star Trek universe, every “bad” impulse is attributed to an external force. When it comes to sex, for example, it’s always an outside influence that takes possession of the crew’s minds and bodies, causing them to behave in erotically driven ways. Child molesters have a similar mechanism at work. They deny having any sexual impulses themselves; they frequently claim that it was the children who seduced them.

Ladowsky only discusses the original Star Trek series, not the Next Generation and subsequent follow-ups. But her post certainly seems a big step in the direction of an actual explanation. Give her tenure! …

The cops “stood by their story”? Nonsense. Direct quote:

[quote]So, I called the Child Exploitation Section of the Toronto Sex Crimes Unit and spoke to Det. Ian Lamond, who was familiar with the LA Times article.

He claims they were misquoted, or if that figure was given it was done so jokingly. Of course, even if the figure was given jokingly, shouldn’t the Times’ reporter have clarified something that seems rather odd? Shouldn’t her editors have questioned her sources?[/quote]

Saavik shagged Spock only a few days after he regenerated on the Genesis planet.
And Kes did a bit of shagging despite being only 2 years old : This is NOT TRUE captain.

This is NOT TRUE captain.[/quote]Clint Howard (the brother of Ron Howard and appears in most of his films) was playing an adult that only looked like a child. Besides, I don’t think he shagged anyone.

I always wanted to pork a tribble.

The original series was all about sex. I don’t know about the pedo aspect, but I love all the babes. The subsequent series are noticeably devoid of cheesecake in the spirit of enlightened equality. The same thing happened with Buck Rogers in the 25th Century. First year=Babe Fest. Second year=Babeless crap. 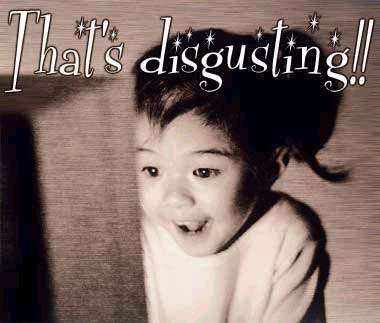 When I saw this one, dormant brain cells sprang back to life: 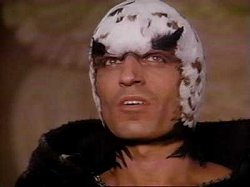 On the same Saturday afternoon you could also see: There was one more about the french air force involving mirages and a guy called Tangue .

I always wanted to pork a tribble.

Apparently you’re not the only one.