I was thinking blackberry or mullberry but maybe it’s too warm?

Mulberries are grown commercially here (albeit on a small scale). Very easy to grow, although you’ll need to protect them from birds! If you’re growing on a balcony, bear in mind that they are very heavy feeders and will need regular pruning (a mulberry tree can grow enormous if unconstrained).

Never seen blackberry plants here TBH. They are day-length sensitive and require a certain number of chill hours, so although they’d probably grow OK they would not bear fruit.

Maybe in the higher mountains. I wonder if they would fruit in the colder lowland areas of taiwan? They grow in warm temperate areas like New Zealand and southern states.

But I bet the government is trying hard to prevent their release here!

They grow in the wild as do (wild) figues.

Yeah, but they have crappy little fruits that are barely worth picking. The commercial cultivars are cuttings from known-good plants.

@Explant: I’ve never understood why there isn’t more production of temperate-climate produce up in the mountains. I think apples are grown up there, but there are so many other possibilities that would sell for very high prices down on the plains. Sure, I know it’s not easy getting up and down mountains, but Taiwan has at least some minimal infrastructure that would make (say) weekly truckloads possible. Drone technology is so good these days you could probably have a farm in the middle of nowhere and drop stuff off at a road several hundred meters down the mountainside.

probably have a farm in the middle of nowhere 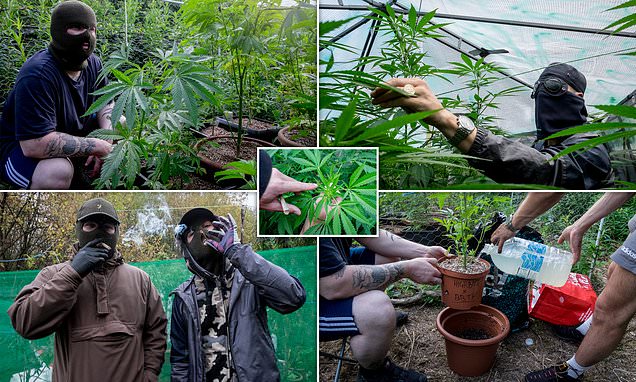 Nestled in the dense vegetation between a motorway and railway line in West Yorkshire is a lucrative marijuana farm, run by two cannabis enthusiasts in their mid-20s.

Part of the reason at least is a lot of the land leases limit people as what they can grow. eg. forestry, fruit etc. many parcels that are allowed to grow fruit are dedicated to fruit trees, in which say black berry wouldnt be allowed. Certain ones even limit the species specifically. There are certain other parameters such as needing to register to dig holes in mountain land, water resources etc that could make some.species more difficult than others (so we see lots of say plums rather than say cherries).

Honestly I hope they dont keep growing more in the mountains because their land management is overall quite poor.

I also wonder about logistics. drone tech, and similar, will certainly change the game. but the reality is still things like berries face the issues of labor cost, transport and shelf life. This limits local sales somewhat, nevermind export. And fresh is where the money would be. Making juice, jam etc one loses the specialty local marketing angle mostly, because people already assume a processed product is a lie and probably just cheap imports. I think the somewhat recent surprise of small farmers making their own processed goods and sold in reputable stores will change this just as much as good drone/delivery tech

Or so I think/hope

it isnt the most efficient as per space vs yield, but if one plugs in the love of it into the equation, it soon becomes worth it hehe. The leaves have become a mild fad here recently for tea.