Can I have my tap in the house? And can the water be drinkable from the tap?

You can switch to the 統一發票兌獎 APP. You just show the cashier a barcode before paying, and they won’t give you the QR code receipt. If you pay with card, they would still give you the other receipt, but at least they print one less piece of paper.

One of the things that surprised me when I first arrived is that here they don’t sell drinks in returnable bottles (those thick plastic bottles that you can bring back to the store after you finish them, and you get a coupon). The kind of bottle you put into these machines: (Sorry about the picture being in Spanish, but I don’t know how you call them in other countries.)

In America we call these Máquina envases retornables

If it goes through reverse osmosis first…

I think I’ve read that on the Taipei City government webpages too - that you aren’t supposed to put receipts in the regular paper recycling. Not sure why, but assumed it had something to do with the thermal paper (apparently often contains BPA).

Less than One year and the plastic cups will be back. Or maybe we will never actually have a ban. Just the announcement and some media attention. That’s all.

I appreciate some sugar free green tea on occasion. Sometimes you can get 1000ml cheaper than a 600ml bottle at 7-11.

Something like 90% of receipt paper has a chemical coating on it, which means it’s not technically “paper”. The BPA is probably fine if you’re shoving the receipt it in your wallet and going on your way, but some people say you should wash your hands after handling receipts just in case

Some thermal papers are coated with BPA, a chemical considered to be an endocrine disruptor. This material can contaminate recycled paper. BPA can transfer readily to the skin in small amounts:

Yeah my sister said her classmates in high school would use receipt paper for rolling whatever they were smoking (one assumes weed?). Apparently they were greater morons than I thought.

Starting from Dec. 1, beverage stores in Taipei City will no longer be allowed to provide plastic single-use beverage cups, including PLA cups made of biodegradable plastic materials. 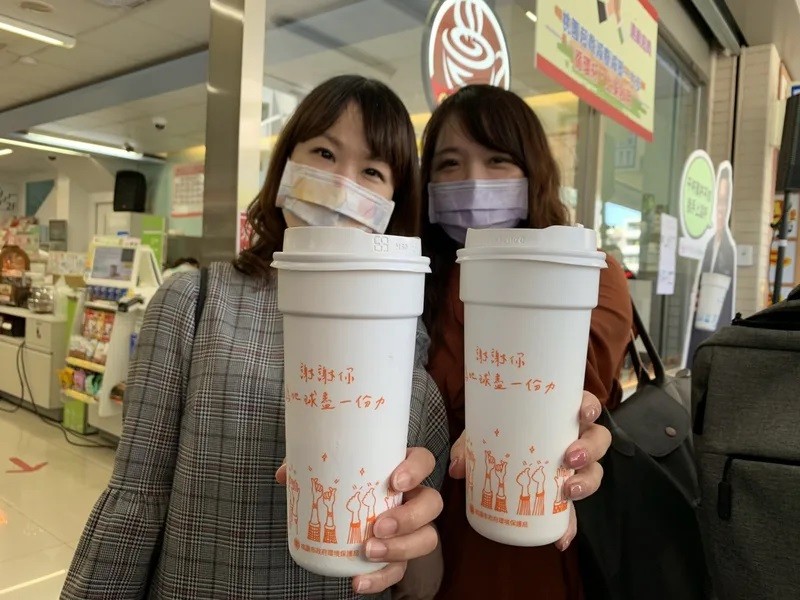 Did Taoyuan ban it as well? My teas have been paper when usually they are plastic.

Good! Finally we will get rid of them, same as we did withe plastic straws! This will definitely make a difference, like when the maximum minimum AC temperature was set for convenience stores.

As a result, the ratio of customers who bring their own cups has increased from 6% to 16%.

Even if this rather flaky looking statistic is true, we’re not really hitting it out of the park here are we? As far as solving the single use plastic problem goes.

They could charge for cups like they do with grocery bags. Then again everyone would probably start getting sick because aunties and uncles don’t wash their hands or cups.

’ Polylactic acid or polyactide (PLA) is a biodegradable and bioactive polyester made up of lactic acid building blocks.’