[quote=“hansioux”] [quote=“hsinhai78”]
2.) And more importantly, why should self-identification as Taiwanese be a precondition? If you lament the KMT’s cultural policies, then why force another generation into a collective identity? If I live here and identify as Chinese, does that make me a bad person that should be tossed into the Taiwan Strait?[/quote]

No, but why would you want to get a Taiwanese citizenship if you don’t want to be Taiwanese in the first place. Even when you get naturalized in other countries, they ask about whether or not you identify with said country.[/quote]

Very interesting, considering what you have written in another thread.

You better decide - do I need to identify as Taiwanese or do I risk being deported back to China?

[quote=“hsinhai78”]
Very interesting, considering what you have written in another thread.

Deportation of people who wish to stay and become citizens is wrong. If one has no intention of becoming a part of the new nation, then they don’t have to force themselves to stay.

Apply that to what happened in recent history, many Wansei, Taiwan-born Japanese, wished to stay in Taiwan post WW2, and they didn’t just want to stay to remain being Japanese nationals, they were staying to be Taiwanese and Chinese nationals since the KMT takeover. Many stated so and begged the KMT to let them stay, but the KMT mass-deported them anyway. That was wrong. So was the deportation of ethnic Germans who wished to stay in various European nations post WW2.

If a person can’t even take on identifying themselves as Taiwanese in a national sense, why bother becoming a Taiwanese citizen?

I’m a quarter Hoklo and was born on Taiwan. Am I allowed to identify as a Chinese citizen of the Republic of China?

[quote=“hsinhai78”]If I live here and identify as Chinese, does that make me a bad person that should be tossed into the Taiwan Strait?[/quote]Yes.

While I do not favor independence, if such a situation were to ever occur, I hope that the Taiwanese government would employ no identification tests or requirements for any existing ROC citizens. All ROC citizens by law would automatically become Taiwanese citizens; everyone would have the same civil rights and be equal under the law irrespective of whether or not they chose to identify as Taiwanese in any way, be it nationally or ethnically. If anyone just couldn’t bare the idea of being a citizen of an independent Taiwan they could revoke their citizenship and I hope the government would allow them to stay on a permanent residents if they wanted (or allow them to immigrate if they chose). Unlike the KMT or Japanese, I’d hope that a Taiwanese independent nation would employ no loyalty or identity tests. If people want to self identify as Chinese, Japanese, Taiwanese or Jamaican that is up to them.

Likewise, any non ROC citizen residents of Taiwan would ideally continue to have the same exact status under a Taiwanese government.

Anyone born on Taiwan should also get automatic citizenship with not identification or loyalty tests.

For any non-ROC citizens who subsequently wished to naturalize though, swearing to be loyal to the Taiwanese government doesn’t seem to be that much to ask. No one can force anyone to identify one way or another, but a naturalize get citizen should at least declare their loyalty to their new ruling government.

Is the government finally cracking down on those guys? A few 100 million in cash, they were doing pretty well.

As emperor, I am offended.

Taiwan Civil Government got passes to Trump Inauguration raising questions about influence at the White House.

Are there any updates on this case? Things have gone strangely quiet.

“Counter-allegations from within TCG are that the complainants were recruited by a political operative of the Democratic Progressive Party to derail the fast-moving organization. The DPP administration of Tsai Ing-wen, now ruling the exiled Republic of China, would be removed from power if TCG had its way.”

The news whiteout on Taiwan Civil Government fraud arrests continues despite heavy spending by the group in Washington.

It seems their HQ building in Taoyuan has been torn down just around 1 week ago. I didn’t even know they had their own building. 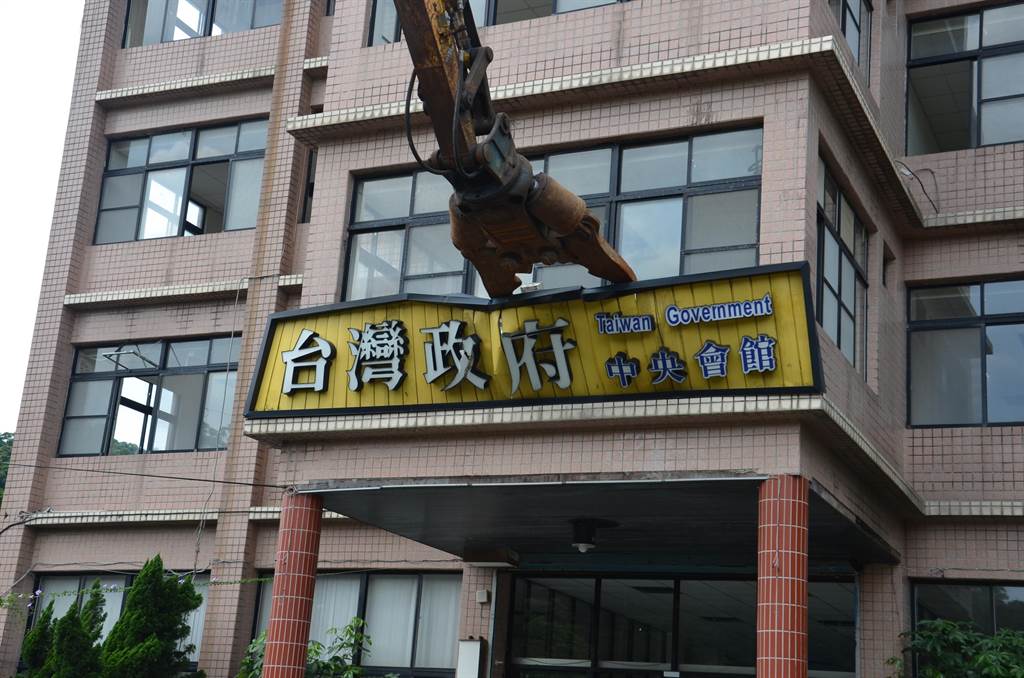 I didn’t even know they had their own building.

Not only buildings but their own paramilitary force.

Taiwan Civil Government lobbying in Washington was matched by heavy spending in Taiwan on parades, offices, rallies, and advertising. Republic of China prosecutors say it was an elaborate hoax.

What happened to Richard Hartzell & Roger Lin? I recall Hartzell was a frequent poster on forumosa a few years back, pushing his agenda for Taiwan to be formally under the jurisdiction of the USA. Don’t know how true this is, but if it is true, than I guess they are doing something.

One of the founders of this organization—Julian T.A. Lin (林梓安)—has been sentenced to jail and charged a fine for fraud by the Taoyuan District Court.

One of the key figures in the founding of this organization, Roger Lin (林志昇), passed away in 2019, so charges against him were reportedly dropped.