This is just the stuff they are intercepting.
Agree though don’t know if it’s a lot of not on the grand scale of things .

The article mentions heroin but not fentanyl, if that stuff starts coming in then the problems really start.

it’s significant for such a small market.

The Criminal Investigation Bureau said that the seized materials can produce more than three tons of methamphetamine, with an estimated value of NT$6 billion (US$0.2 billion)

It blew my mind too

Not sure what the Asia street price is for meth but just used the US street price from the first google match I could find. Valuation seems way off…

4 posts were merged into an existing topic: Man with $100M in maryjane They scan the bags before the bags even reach the baggage pickup area.

scanned two suitcases from Toronto, Canada, through an X-ray machine at Terminal 2 and tagged them as suspicious, reported Liberty Times. When their Canadian owner picked up his bags and walked towards customs, he was stopped by officers, 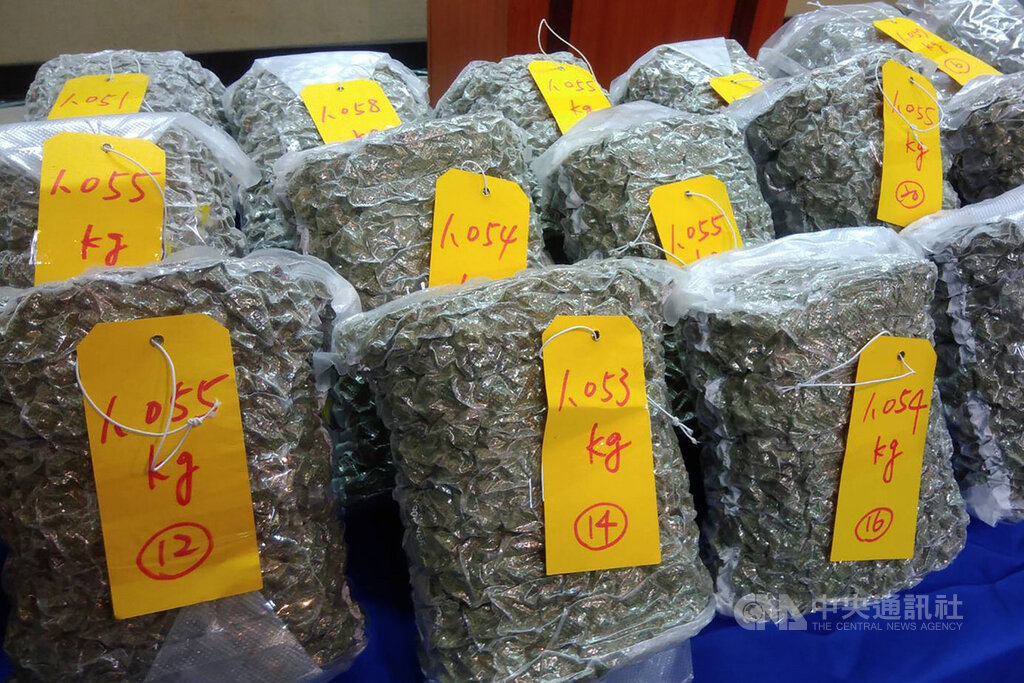 Canadian nabbed at Taiwan airport with NT$100 million worth of cannabis -...

Taipei, Nov. 12 (CNA) A Canadian man was arrested late last month at Taoyuan International Airport while trying to smuggle an estimated NT$100 million (US$3.29 million) worth of cannabis into the country, the Aviation Police Bureau (APB) said...

Are you surprised he is Canadian? This guy honestly thought he could pull it off?

I am not surprised at all.

Is he gonna get the death penalty? I know nothing about Taiwanese drug laws.

I used to LOVE weed. Back in college my favorite thing was to break out the pipe and listen to either The Man Who Sold the World or Miles in the Sky. Now I have a lot of trouble working up any enthusiasm over it. I like the smell, but that’s about it.

Also don’t get the lengths some people go to to bring it in. Doesn’t seem like it’s worth the trouble.

Is he gonna get the death penalty? I know nothing about Taiwanese drug laws.

No, that’s reserved for type I type drugs like heroin. My guess is they don’t want to house the guy for the rest of his life but will give a stiff sentence, something like 5 to 10 years.

I believe there’s no way no one at the Toronto airport noticed 30kg of drugs. I think that what happened is the folks who check the X-ray machine were like:“lmao look at this dumbtard, let’s just let him through and see what happens after he lands”.
Maybe they also have a betting system in place for this events, with over/under of being caught, the penalty amount etc.

Is anyone else surprised the “Canadian” man hasn’t had his name published? We’re usually enlightened a lot more about who these dipshits are.

Suitcases or coffins? How big were the f’ing suitcases?

Maybe because he just landed here. If he was a resident there would be name, address, job location etc etc

“Canadian” denotes certain characteristics. I can’t imagine a “loser in his own country hobo sexpat English ‘teacher’” stereotype would be so audacious as to bring two coffins filled with stinky shit and believe he wouldn’t be questioned at the gates.

“Canadian” denotes certain characteristics. I can’t imagine a “loser in his own country hobo sexpat English ‘teacher’” stereotype would be so audacious as to bring two coffins filled with stinky shit and believe he wouldn’t be questioned at the gates.

YEha, maybe its a Taiwanese dude with a canadian passport?
If so he is not dumb , he is dumber

This had to be a botched operation and/or someone turned on him. Nobody could possibly think they could get away with that