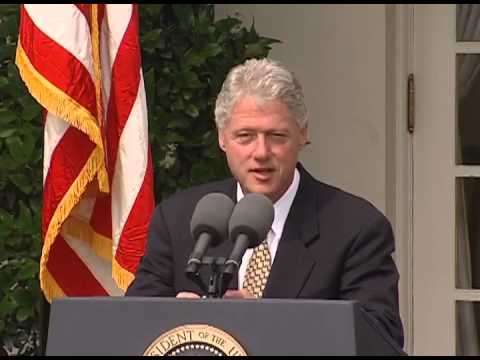 Video by Associated Press: May 18, 2000. Pres. Clinton and Chairman Greenspan hold a press conference prior to the vote for establishing PNTR - (Permanent Normal Trade Relations) with China.

Greenspan grossly miscalculates with his assessment — Clinton and his administration were indeed fully aware how dire the situation was, and they added a sort of caveat at the end of the speech: 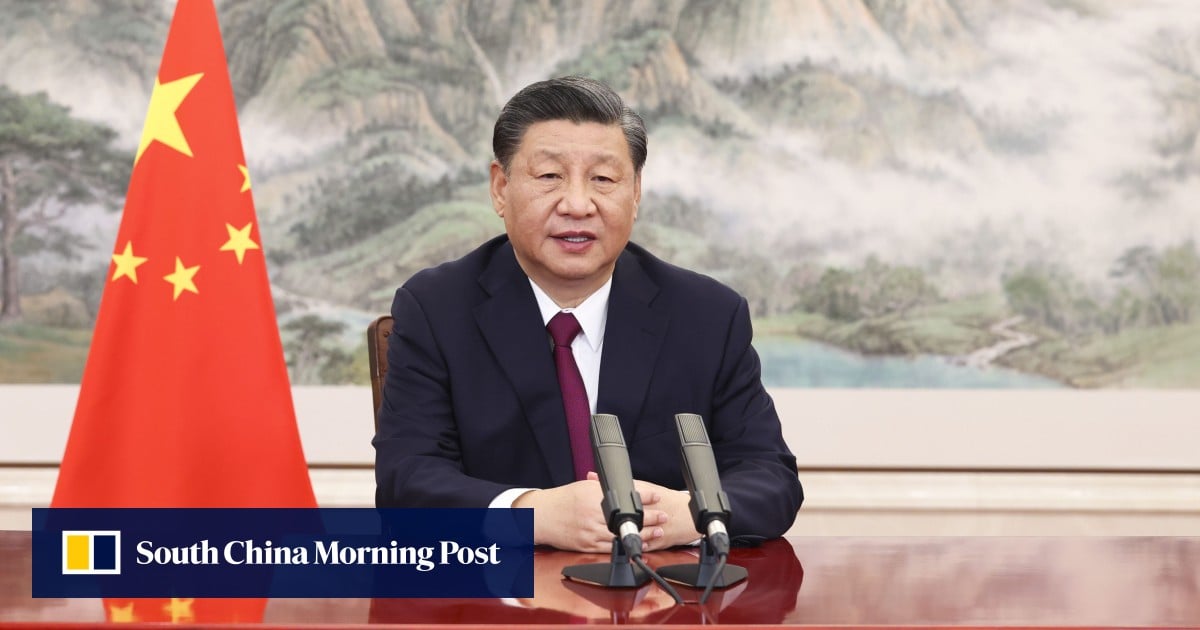 In a thinly-veiled rebuke of the US, President Xi Jinping said ‘hegemonism and power politics will only breach global peace’, while emphasising the resilience of the Chinese economy.

Kind reminder to Xi, decoupling is very workable and, although slow, is in progress. 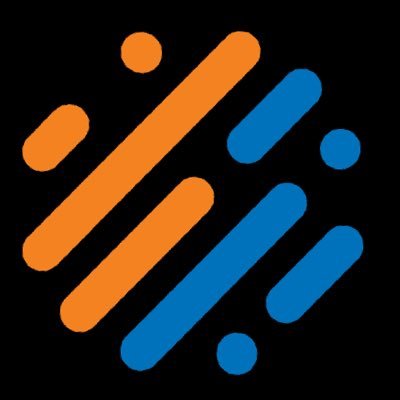 The same lady who walked away from G20 summit when Russia minister spoke. That’s a country causing inflation, too, no?

@Lukewearechange
They are disrupting the global supply chains on purpose! https://t.co/wkO4LWanLb 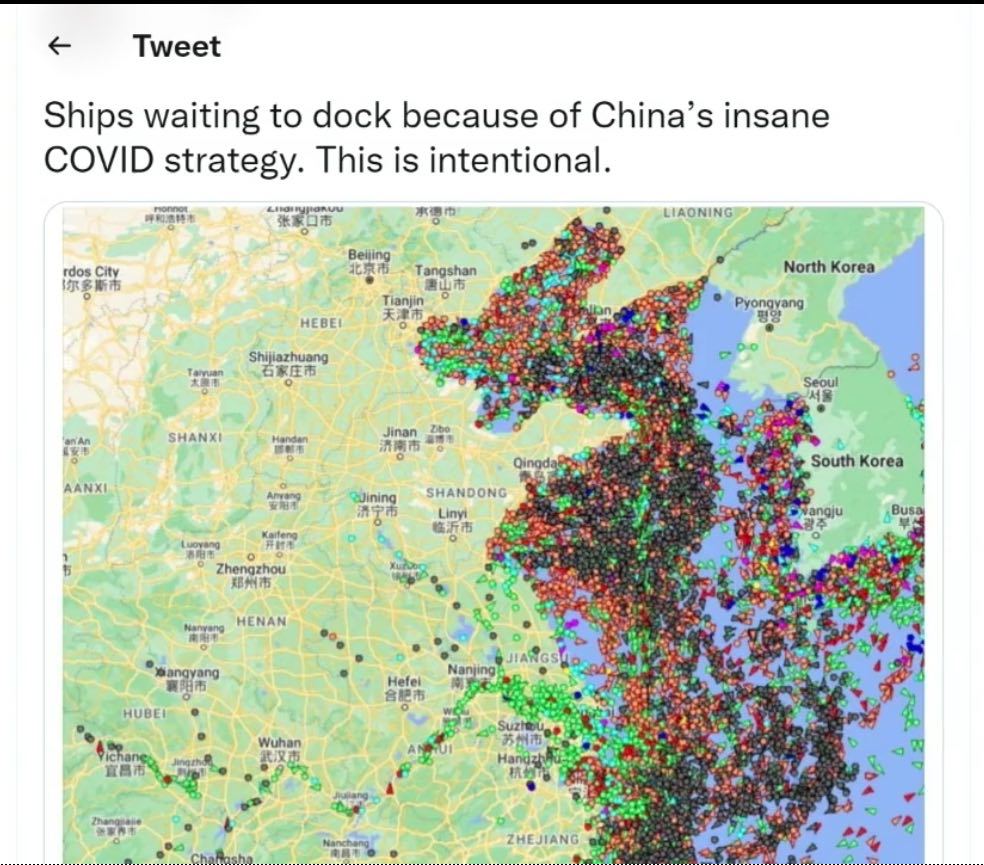 Not news to me, but to others maybe

US Trade office prepping for another robust review of China tariffs: 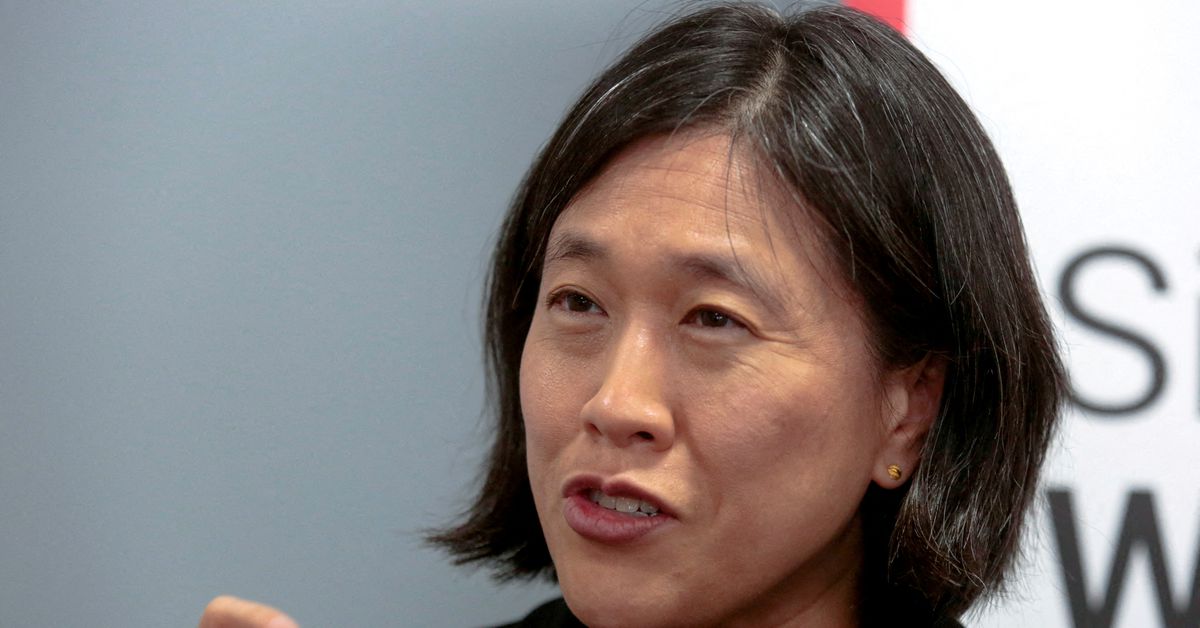 U.S. Trade Representative Katherine Tai said on Thursday her agency's review of punitive tariffs on Chinese goods will be a "robust" consultative process that will collect a wide range of industry comments and assess potential economic impacts.

Meanwhile in China, economy is hammered by zero-covid. Might be China’s strategy to sharply increase US trade Deficit while rallying local blame for the virus against the US.

Xi Jinping is doubling, tripling, and quadrupling down on Zero-Covid Policy - “Do not question it!” CCP is warning residents not to question the policy or bear consequences. 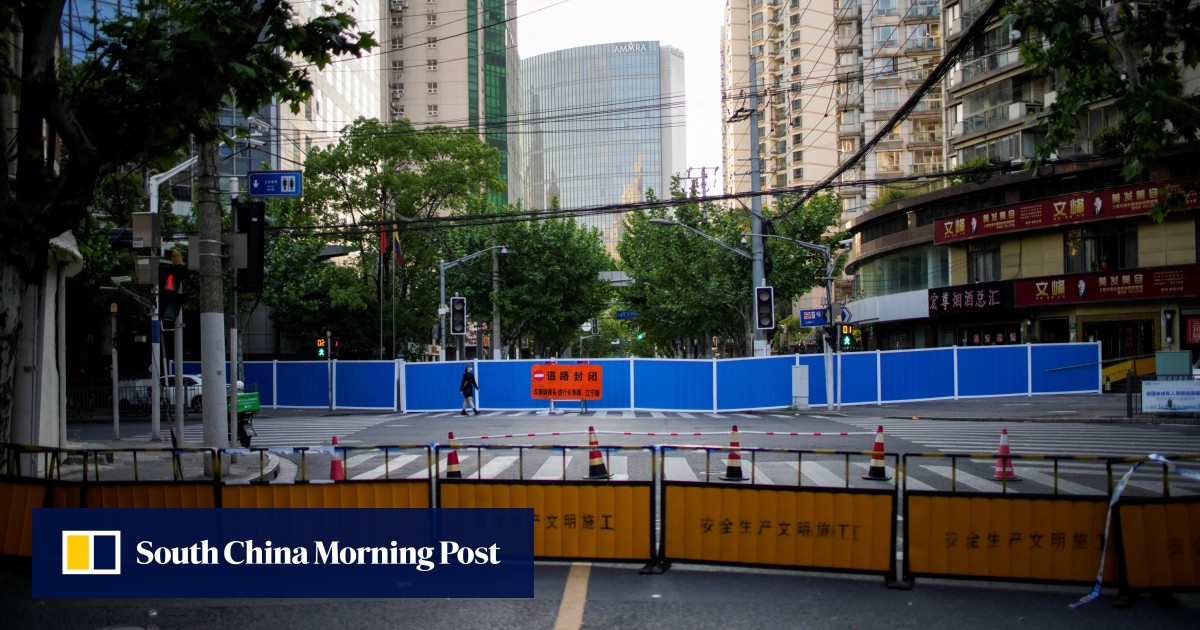 The Chinese leader was speaking at a meeting of the country’s top policymaking body, addressing the outbreak in the key commercial hub for the first time.

US is responding in kind – after waiting for the right moment to strike, the Fed has announced an expected 50 point rate hike, a massive blow to China’s projections. Real question is, is this what China wanted all along? As we look forward we need to assess the impact of the US Fed rate hike on global economies and if it exacerbates economic Decoupling between Allied and Axis powers. 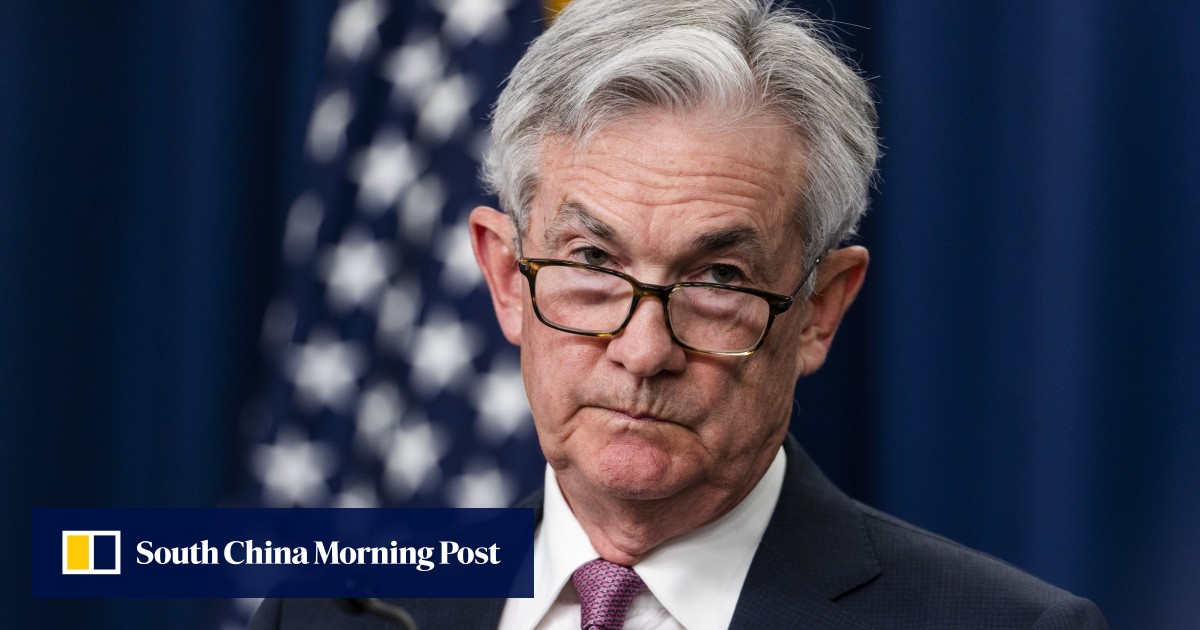 What can China do to mitigate impact of US Fed interest rate hike?

As the US central bank announces its sharpest rate increase in 22 years to address decades-high inflation, analysts speculate on how Beijing will try to soften the economic blow.

[CHINA] remains determined to achieve seemingly conflicting goals of maintaining a “dynamic zero-Covid” strategy while achieving an economic growth rate of around 5.5 per cent for this year.

Chinese government-linked hackers have tried to steal sensitive data from some three dozen manufacturing and technology firms in the US, Europe and Asia, security researchers said Wednesday, in findings that shed new light on Beijing’s alleged use of hacking to buttress its powerhouse economy.

Chinese hackers cast wide net for trade secrets in US, Europe and Asia,...

Chinese government-linked hackers have tried to steal sensitive data from some three dozen manufacturing and technology firms in the US, Europe and Asia, security researchers said Wednesday, in findings that shed new light on Beijing's alleged use of...

Nope, the Ukraine war didn’t prompt this at all. Nope…
Trade gonna get local and not global. Globalization is kaputt. 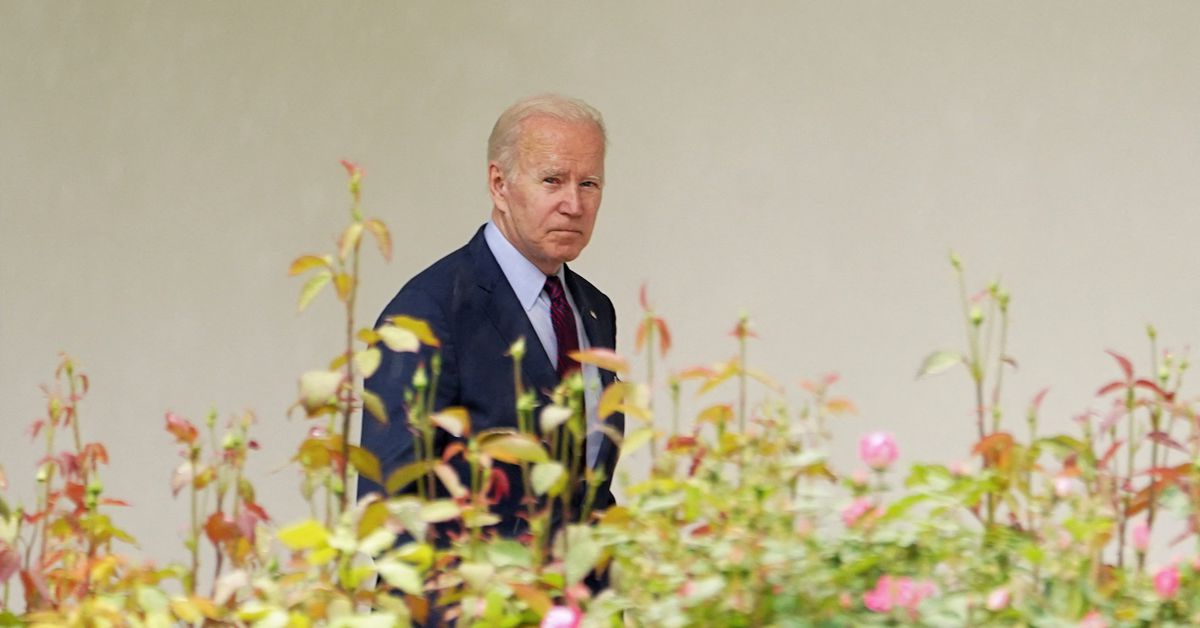 President Joe Biden said on Tuesday discussions are ongoing about potentially dropping U.S. trade tariffs on China that were imposed by his predecessor, Republican Donald Trump.

Will the Biden Administration capitulate to the Genocidal Communist Dictatorship of China? 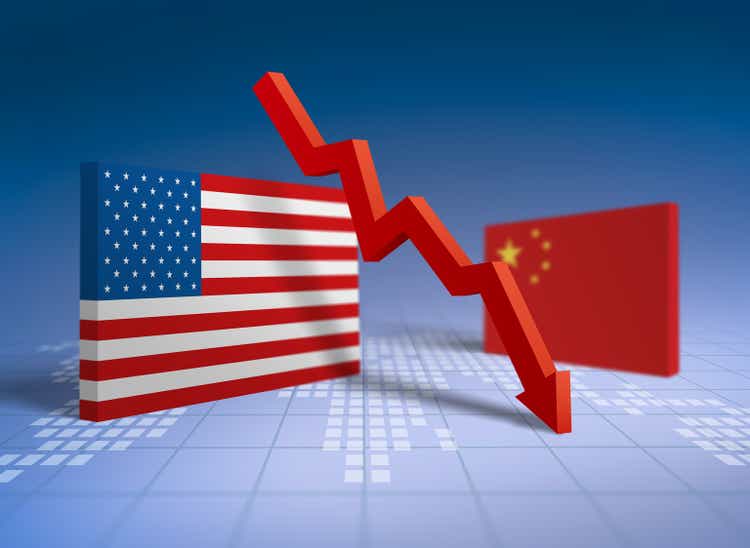 U.S.-China Trade Growth Slows In March 2022 Ahead Of Shanghai Lockdown

After surging in February, the growth rate of U.S. exports to China slowed to single digits in March 2022. Read more. 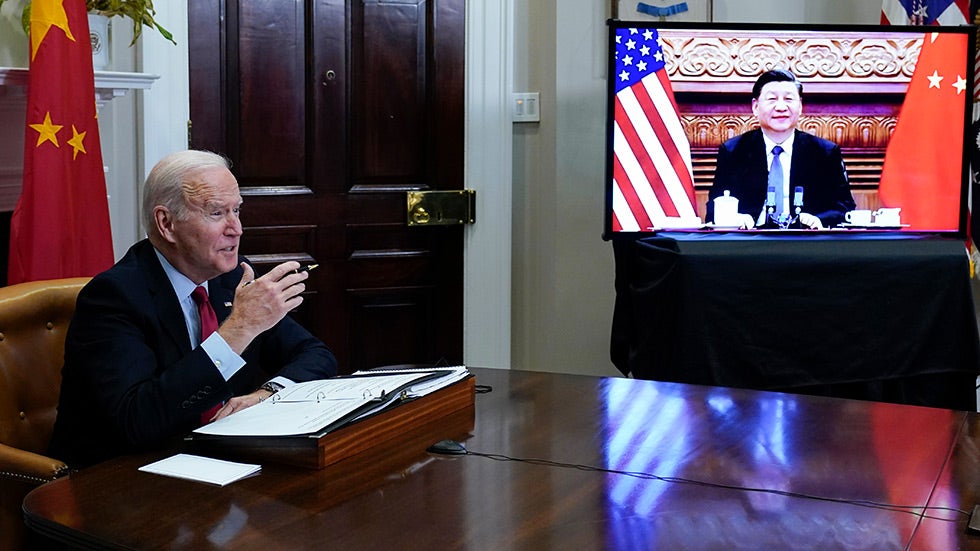 We should be restricting, not expanding, trade with China

It is time for America’s trade policy to align with its values.

There are, in addition to intellectual property considerations, two principal reasons to keep the tariffs in place. First, the tariffs have contributed to a necessary “decoupling”— the term Chinese President Xi Jinping uses — of the U.S. and China and that disengagement is in the interest of America. Bicycles, for instance, may look non-strategic, but in a larger sense, they are important.

The People’s Republic of China has viewed the United States as its enemy — in May 2019, the official “People’s Daily” declared a “people’s war” on America — and all export revenues from the U.S. strengthen the Chinese party-state. Every purchase of a bicycle, for instance, gives China the funds for building a military that is configured to kill Americans.