This seems to be seriously under consideration, might not be a bad idea. Especially if it is in the center pro LGBT and also common sense on immigration and moves towards universal health care and some moderate form of abortion (3 months), could call it the common sense party.

I agree. I get sick of the who’s the better American trope.

I have been thinking it, but haven’t written it, but Trump may take his 35 million hard core followers and grow himself a political party. He is a LOT more left center on social issues than people give him credit for.

That would be an opinion.

I tend to think the GOP and DNC are terminally corrupt and it’s time for something a bit different. Trump managed to get a very diverse band of folks supporting him. Imagine that!

Ok so for Democrats, who don’t pay attention to what goes on in Republican ranks because they are all literally Hitler this is Dinesh D’Souza giving his opinion on why there shouldn’t be a third party. Trump supporters generally disagree.

Democrats can go back to sleep since they don’t care one way or the other.

I’d hope to see both extremes split off, wither and die and let the center run things. A man can dream

I’d hope to see both extremes split off, wither and die and let the center run things. A man can dream

Well that’s what I mean, he is wrong. The two sides have become so polarized a third party can come in and take the lions share of the votes.

I’d say it’s certainly more possible than it has been in my lifetime. There’s a lot of inertia though, and neither side is going to want to give anything away to the other.

I’d say it’s certainly more possible than it has been in my lifetime. There’s a lot of inertia though, and neither side is going to want to give anything away to the other.

Right. Perot couldn’t do it. Had the money but the style eluded him.

As for the inertia. The massive numbers of first time or never voters in 2020 was telling. People want in. The GOP and DNC have done an excellent job at turning people off from participating in the process. That’s a lot of people who want to vote yet feel alienated by the big two. Can totally see a successful third party happening…a Tea Party on steroids.

The GOP and DNC have done an excellent job at turning people off from participating in the process.

Have they? The opposite seems to be true, right now.

curious to see how people explain this one. it’s s pretty big blow to the conspiracies being pushed on this thread.

wait, the article is from CNN you say? nah they’re just reporting on pro Trump WSJ so let me stop you right there.

Barr: CIA 'stayed in its lane' ahead of launch of FBI's Russia probe

Attorney General William Barr said he had concluded that the CIA had "stayed in its lane" before the FBI launched its "Crossfire Hurricane" counterintelligence investigation into potential ties between President Donald Trump's 2016 campaign and...

“The attorney general had had suspicions that either the CIA or foreign intelligence was involved in monitoring the Trump campaign before the official start of the FBI’s investigation, the Journal reported. But he said he hasn’t seen “any sign of improper CIA activity” or any foreign government activity that occurred before the FBI began its probe in July 2016.”

it seems clear after he announced he was leaving that he is no longer under the spell of the TDS and it’s free to speak the truth. Good for him. better later than never i guess

We’ll see if the 2022 mid terms deliver staying power. I hope so, but really doubt it. Kash Patel Exposed the Russia Collusion Hoax. Now, the intel and media figures behind the hoax are trying to get their revenge.

Ignatius quietly and briefly admits that “Patel sometimes hit pay dirt,” citing his report on the FBI’s abuse of its application to spy on the Trump campaign, later vindicated by the Department of Justice Inspector General’s report and the guilty plea a former FBI lawyer filed for falsifying information used to apply for warrants.

It’s a stunning admission for a Washington Post writer to make, since the paper could not have been more hostile to the work of those who exposed the malfeasance. The paper ran an op-ed from the former deputy director of the CIA, calling on bureaucrats to do everything in their power to keep the American people in the dark about the abuse of Trump campaign affiliate Carter Page’s civil liberties. Once the abuses did come to light, Philip Bump, a Post employee who does not know where babies come from, said that the release of the completely flawed wiretap applications actually made the Nunes memo “even less credible” than it already was. And that’s quite the claim from the Bezos newspaper since when it came out, Greg Sargent and Paul Waldman screeched that it was a “joke and a sham.” Aaron Blake suggested that the problems and surveillance abuses outlined by the memo were “fatally” flawed “conspiracy theories.”

“The trumped-up charges and cherry-picked evidence of the Nunes memo discredit the House majority. Republicans who should know better, starting with House Speaker Paul D. Ryan (Wis.), have enabled this assault on independent law enforcement and accelerated the GOP’s disgrace,” harrumphed the entire Washington Post editorial board in a piece headlined “The Nunes memo continues to backfire.”

A “nothingburger” exclaimed the Post’s Michael Cavna, before showing cartoons that also showed the “Nunes memo backfired.” Bezos’ Post could not have been more invested in the messaging. “The Nunes memo is looking like a bust for Trump,” Blake wrote. Blake also wrote a piece disparaging the “6 tortured arguments” Republicans were making about FISA abuse.

It’s hard to keep that line of propaganda going after the failure of Special Counsel Mueller to find a single American colluding with Russia to steal the 2016 election, after the Inspector General Horowitz wrote 400+ pages outlining the abuse of the Foreign Intelligence Surveillance Court by the intelligence community, and after a lawyer pleaded guilty to falsifying information as part of the process. But the begrudging admission is still remarkable for what a complete turnabout it is from the Post’s previous line about FISA abuse.

Much of Ignatius’ lengthy piece is about how intelligence officials fought efforts to release more information about the Russia collusion hoax. While the information would have been helpful to those who had exposed the failings and malfeasance of the Russia collusion hoax, it apparently would have brought great embarrassment to the intelligence community, including at least one key official who fought its release.

Let’s hope the age of the unnamed source is close to an end.

Three prominent media outfits on Saturday issued embarrassing retractions of a story alleging that the FBI had warned Rudy Giuliani that he was a target of a Russian disinformation campaign. The retractions seem appropriate, but the larger issue is whether Democratic leakers are again working with the press to smear Republicans with false claims of collusion with Russia.

The New York Times , Washington Post and NBC News corrected their earlier reports, but for illustrative purposes we’ll focus on Thursday’s story in the Washington Post reporting that Mr. Giuliani had been “warned” in late 2019 by the FBI that the Kremlin was using him. The story said Wisconsin Sen. Ron Johnson receiving a similar warning last August.

The Post described its sources as “current and former U.S. officials,” conveniently unidentified. The story suggests that both men ignored the warnings and as a result were tools of malign foreign influence. The story looked fishy even before the correction, smacking of a repeat of the 2016-17 stories that peddled the false narrative about the Trump campaign and Russia. We now know those leaks were dirty tricks spread with the help of friendly journalists.

The leak about Mr. Johnson is an extension of fictitious claims Democrats have made for months to undermine his report last year on Hunter Biden’s foreign business dealings. Critics claimed last summer that Mr. Johnson accepted information from two Ukrainians compromised by the Kremlin. The Senator publicly refuted that, and his report was documented by U.S. government information. 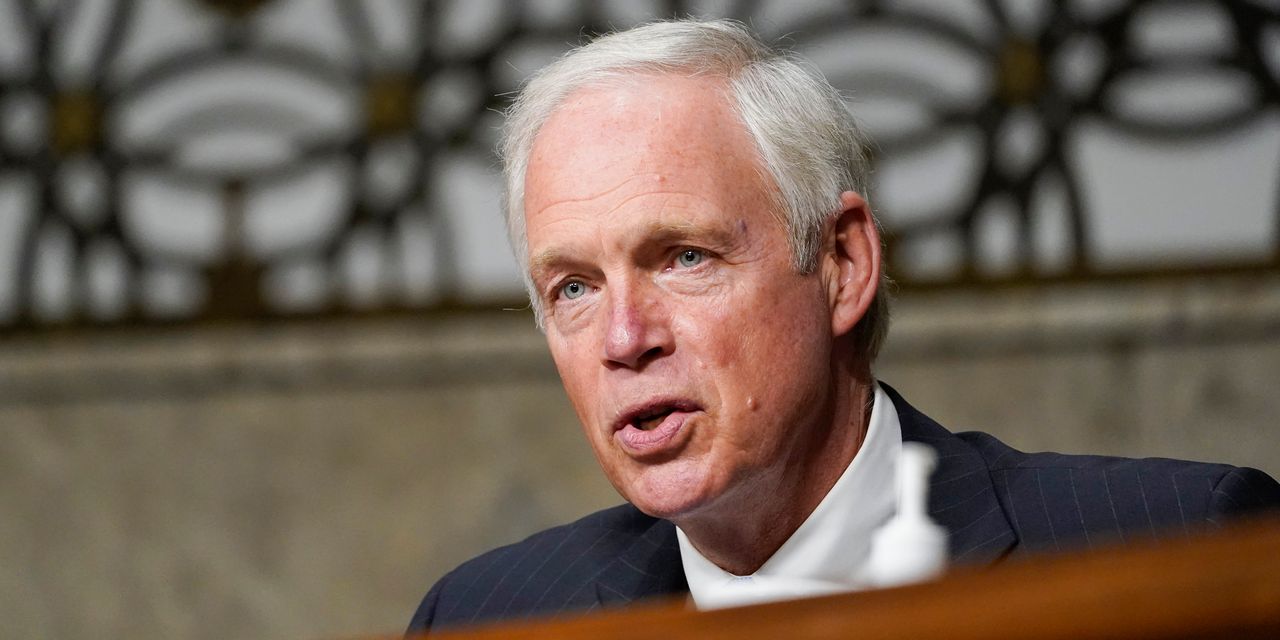