"The Conservative Cult of Victimhood"

This is the title of an op-ed from David Frum from last month, obviously a well known traditional conservative, talking about something that I’ve also been observing for quite some time.

The ease at which many Trump-era conservatives shift into, and welcome victimhood, feigning being attacked, insulted, threatened, what have you. Sometimes to create a narrative, sometimes to avoid questions, whatever.

I’ve had many personal experiences seeing people actively seek out victimhood during debate, it’s a real thing embraced by politicians that also seems to have trickled down to some supporters, and something worth discussing and reflecting on, I think.

Some of Frum’s comments:

Over the past half decade, we have turned much of the country’s mindscape into a group-therapy session for Trump believers. Reporters play the part of the therapist, reassuring the analyzed of a safe space for their grievances and complaints. The pro-Trump world has accepted the invitation. Even as Trump commits one constitutional, legal, and ethical abuse after another, his followers depict themselves as somehow the people truly suffering unfairness. Trump was a perpetrator who thought himself a victim, and American society has indulged that same illusion among Trump supporters.

The central concept in modern conservatism is victimhood. Responsibility, accountability—those are standards they apply to others, never to themselves. Even as they confront their stark record of complicity and culpability, they cannot absorb it.

But now the conservative world has gone all bashful about naming things. The preferred formulas for condemning the violence are vague and general, without reference to who did the violence and why and for whose sake. 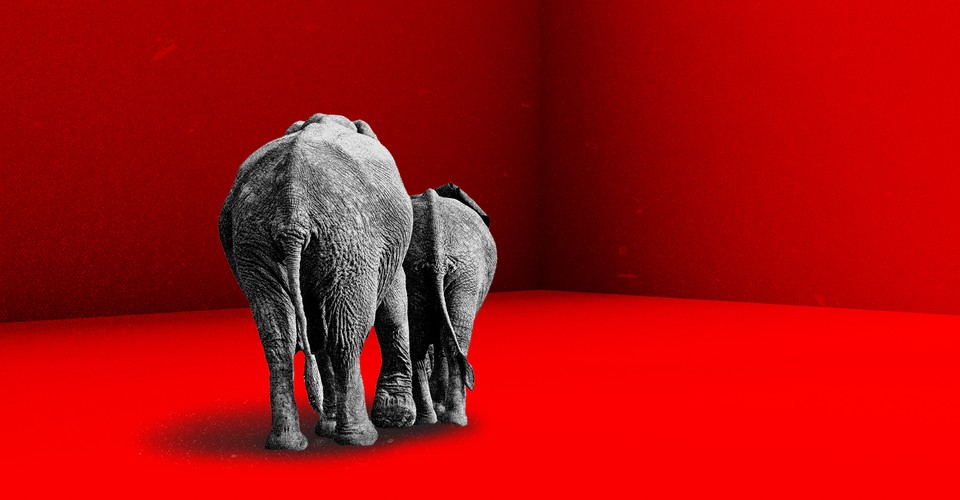 The Conservative Cult of Victimhood

Trump was a perpetrator who thought himself a victim, and American society has indulged that same illusion among Trump supporters.

Another great read, this op-ed really nails it for me, from 2018:

The truth is that victimhood does afford one a certain moral status that can be politically powerful. If we accept that an actual wrong has been done and you are the victim of that wrong, that means you have a legitimate claim not only to redress but also to hold the perpetrator accountable.

No presidential candidate ever validated and nurtured the right’s fantasies of victimhood like Donald Trump did. He said to conservative Christians: Yes, you are the real oppressed minority (even if you’re the majority). When you walk into a department store and see a sign that says “Happy Holidays,” you have suffered a terrible injustice by not being able to force everyone to acknowledge your religious holiday to the exclusion of all others. Only I will allow you to say “Merry Christmas” again, even if nobody ever stopped you from saying it in the first place. When antidiscrimination laws are passed and you have to allow gay people to patronize your business, you’ve been wounded and the laws must be changed to undo what you have endured.

Poor fella. You’ve been tricked into believing the world is binary.

I think many can agree on the current conditions of victimhood culture.

I’m also interested in discussion about the overarching causes for this mindset, as well as the value of it.

Mainly for the individuals holding it, but also on it’s (non?) contribution to productivity, ultimately.

I’m also interested in discussion about the overarching causes for this mindset, as well as the value of it.

Much has been written about it, and once again Jonathan Haidt* is a good source of information. Notice that two of these are from 2015, and I would argue playing the victim card is another trick the right has learned from the left. 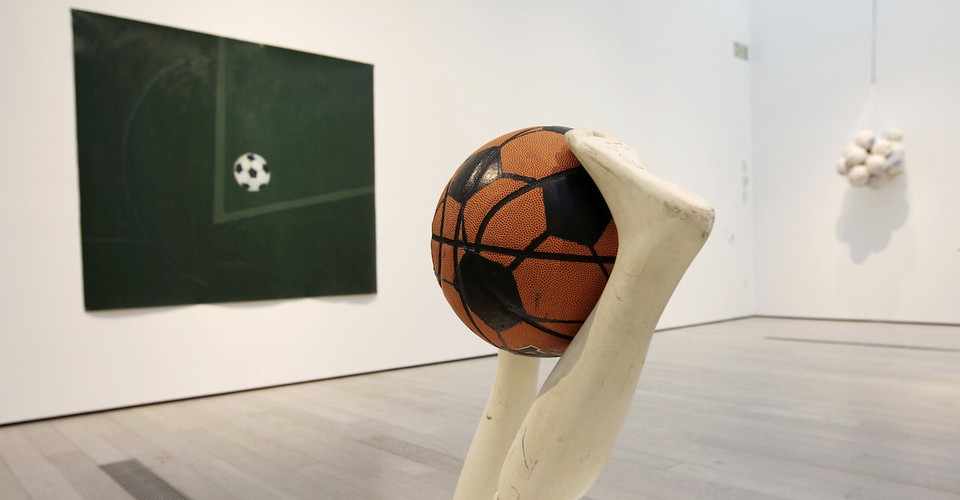 Microaggressions and the Rise of Victimhood Culture

A recent scholarly paper charts the ascendance of a new moral code in American life. 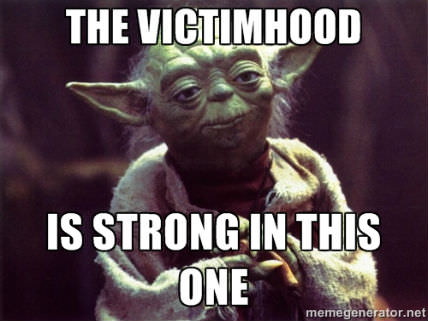 The Rise of the Culture of Victimhood Explained

Replacing honor and dignity with victimhood

Unraveling the Mindset of Victimhood

Focusing on grievances can be debilitating; social science points to a better way

*if his haircut is up to par, of course

Let’s think of the ways conservatives believe they are victims:

The only thing they don’t seem to feel under attack from are corporations, strangely enough.

Critical Race Theorists like Richard Spencer are literally under attack

I don’t think many of them actually think those things in terms of a list of principles, rather it’s a reflex action, a strategy to employ when things they don’t like being addressed, are.

For someone that hates Critical Race Theory, you do seem to spend an awful lot of time criticizing theories about race. Looks like you’re a leading CRT scholar now! High five!

I don’t think many of them actually think those things in terms of a list of principles, rather it’s a reflex action, a strategy to employ when things they don’t like being addressed, are.

It’s all just part of RW/libertarian strategies to defund government programs, or channel money to the government agencies that don’t stand between them and getting paid. If the schools are full of commies they can defund them etc. There’s an obvious corporate agenda behind almost every one of these scare tactics.

It’s all just part of RW/libertarian strategies to defund government programs. If the schools are full of commies they can defund them etc.

That’s part of it sure, I’d like to dig into the bigger picture a bit.

I think I’ve touched on this before, the fact that of course, victimhood isn’t exclusive to politics.

Plenty of people out there who like to play victim absent of it, victim of their job, family, etc.

A big part of Trumpism, however, is seeing that population, and trying to capitalize on it, to give it focus.

So Joe Blow who was previously blaming a, b, c, d and e for his life struggles, now has talking points, and a circle of enablers.

Now he can say immigrants are the reason, liberals are the reason, they can keep going back to these points, and they will be met by a cheering section of like-minded bubblers, patting them on the back, because they’re also willing victims of the same talking points.

Yes, not to skate by your points here, a lot of it comes down to keeping immigrants out, students stupid, and having a supportive police state. That has been a GOP feature for decades of course.

What Trumpism seems to have done is take stuff like immigration, which again has always been a GOP thing, but more low key, and encouraged people to promote their own agenda for them, more actively. A big part of which involves playing the victim, in attempts to sway opinion.

Playing the victim themselves, and then also actively promoting other victims.

“if you have to ask big man, you can’t afford it” 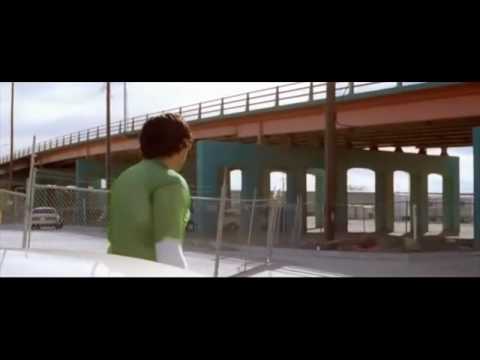 and I would argue playing the victim card is another trick the right has learned from the left.

Probably, but they seem much more passionate about it, and ready to vote for it, and insurrect for it.

you’ll get no disagreement from me on this one

You disagree they didn’t vote for it? Do you think Trump does not portray the classic victim?

Probably, but they seem much more passionate about it, and ready to vote for it, and insurrect for it.

Left-wing grievances tend to be based on some existent thing more often than RW ones. Even if they amplify a thread, it usually exists at least. Usually the RW ones are false equivalence fest, which is what makes them so toxic.

Example: RWers use the example of African Americans in the 60s to promote their NRA free for all (malcolm X needed guns too!) but they don’t mention that RW white gun owners face no actual oppression in their constant call for arms against a state that doesn’t actually oppress them in any way.

You disagree they didn’t vote for it? Do you think Trump does not portray the classic victim?

I disagree that the right is necessarily much more than the left in terms of ‘voting for it’ (and passion). As for Trump, sure he plays the classic victim, no doubt in my mind; and he does it with what I see as zero credibility, would you not agree?