The GOP's House of Representatives Thread

Well, wake me up when they start calling out Adam Schiff for his lying

Not likely, I see Jeffries renominated him for his intel committee post or something? Omar was bragging about it, I had to unfollow her already 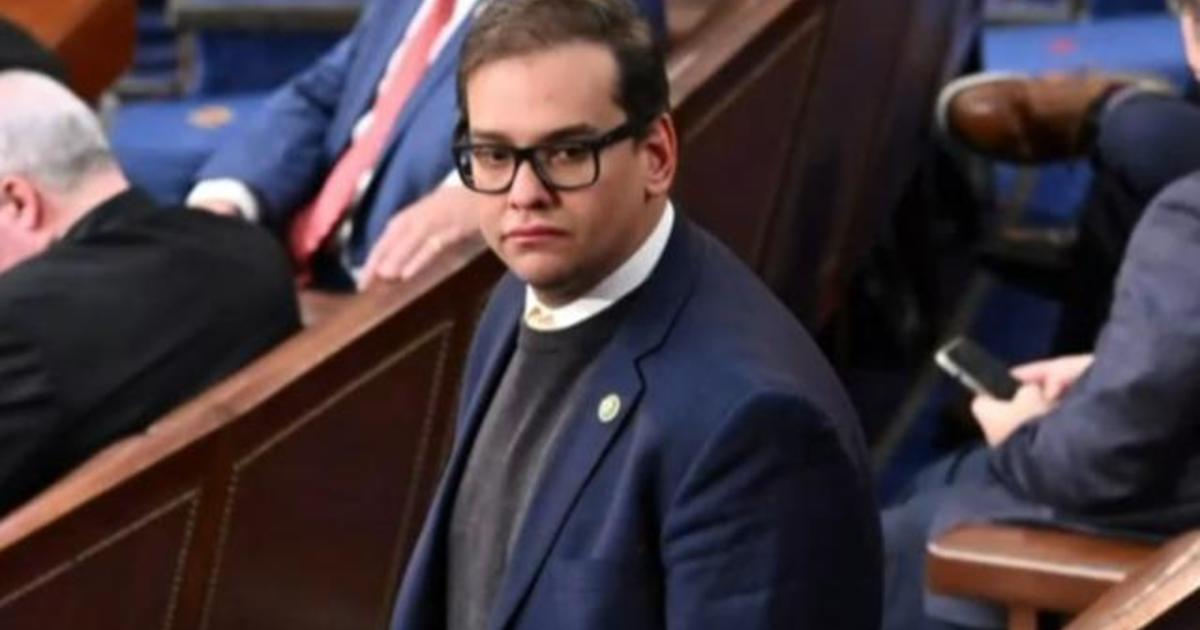 The embattled congressman was a no-show Monday at his office in Washington.

The Santos debacle is a sleazy sideshow. Congress raising the debt ceiling is the main event. Is the GOP Congress actually ready to govern? 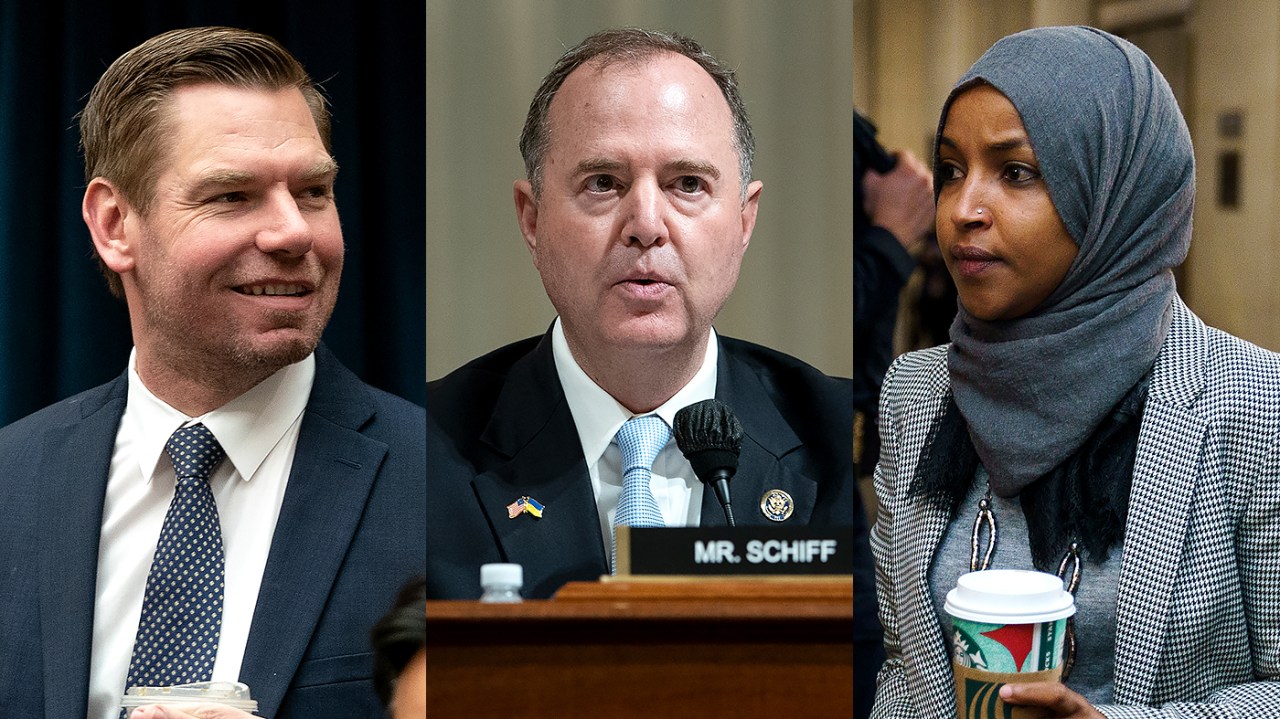 Democrats itch for fight with GOP on expelling lawmakers from committees

House Democrats are itching for a fight with the new GOP majority over who should qualify for committee assignments, tapping Reps. Adam Schiff (Calif.) and Eric Swalwell (Calif.) to sit on the Inte…

The Democrats’ moves — and the imminent clashes they’re certain to spark — indicate party leaders are confident the public battle over what constitutes disqualifying behavior will play to their political advantage, particularly after Republicans granted a pair of committee seats to Rep. George Santos, the embattled New York freshman who is under fire over lies about his background and questions about his finances.

Once committees are set up, his usefulness might be used up.

Speaker Kevin McCarthy followed through on his threat to prevent the two Democratic lawmakers from keeping their seats on the Intelligence Committee.

The GOP Congress will need to be the grown-up in the room to deal with the taxing, spending, debt ceiling issue.

“Obviously, no cuts to Medicare or Medicaid or Social Security. That’s a nonstarter for either side.”

On the NBC program “Meet the Press,” for instance, Mace said: “I would lean on the agency heads. Whether it’s one penny or five pennies, the Penny Plan does it with five cents on the dollar in five years.”

The federal budget as one dollar

Because Mace spoke of 5 cents on the dollar, let’s assume the entire federal budget is one dollar.

The problem is that current federal revenue is worth about 83 cents, meaning the federal government is spending 17 cents more a year than it earns. (We’re relying on the most recent CBO estimate for fiscal year 2023, but these numbers do not reflect additional 2023 spending that Congress authorized in December.)

About 62 cents is spent on “mandatory programs,” such as Social Security, the old-age retirement and disability system (22 cents); Medicare, the old-age health insurer (17 cents); and Medicaid, the health-care program for the poor (10 cents). These programs are frequently called entitlement programs because people receive payments or services if they are “entitled” to them under the law — and any reduction in spending requires a new law. Other mandatory programs include income security such as food stamps and unemployment compensation and federal retirement and veterans programs, among others. (Complicating matters, some programs such as Medicare have offsetting receipts, such as health-care premiums, but we will try to keep this simple.)

Almost 8 cents goes to spending on interest payments to holders of Treasury bonds — a number that will keep growing as more debt will be issued in the coming decade. Policymakers can’t shortchange bondholders without severe consequences, so that part of the budget will have to be left untouched.

But about half, almost 14 cents, is devoted to the national defense — which is also off-limits to many lawmakers.

Just over 16 cents go to the rest of the federal government — which means it is even less than the shortfall (17 cents) in federal revenue. All of it could be eliminated — even popular programs such as border protection, air traffic control and farm subsidies — and the government still would be in deficit.

In effect, Mace would put almost half the federal budget out of reach — Social Security, Medicare and interest on the debt — and have the rest of the budget bear the burden. That would mean a 31 percent cut elsewhere to reach balance. If national defense is also off the table, the rest of the budget would need to be reduced 40 percent. That’s far different from the 5 percent a year suggested by Mace.

Surely you’re not suggesting there is no other grown-up in the room? I love it! 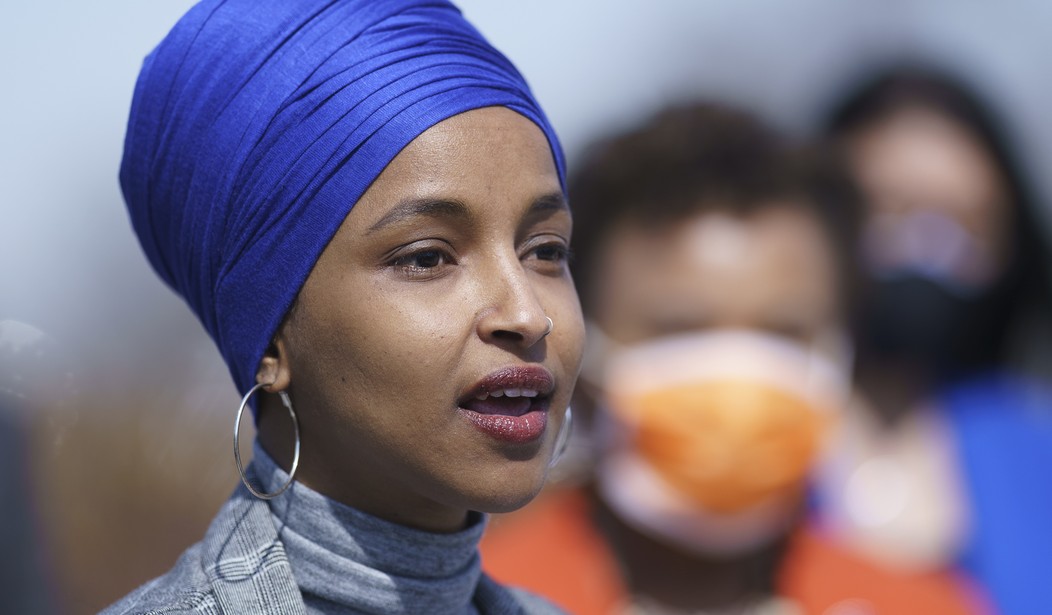 Republican Retaliation Against Democrats on Committee Assignments Is...

The operating principle in these matters should be mutually assured destruction; if Democrats are going to bypass the Ethics Committee and take disciplining

I agree that the GOP is reactionary. Be nice if they slapped first once in a while.

What’s more, Republicans shouldn’t stop at kicking Omar off her committee. Maybe AOC doesn’t belong on any Committee having to do with capitalism, like the House Banking Committee? And why should any Democrat serve on the Ethics Committee?

Republicans need to understand the political war they are in. Until they do, Democrats are going to come out on top every time.

George Santos Stepping Down From His Committees: Reports

The New York Republican has come under immense pressure over countless claims of lying about his life.

That didn’t take too long.

Why did they give him assignments anyway?

I can’t imagine a lot of thought went into it.

I was thinking there might be a rule or something. No, I see:

McCarthy argued Tuesday that voters sent Santos to serve in Congress—and that he wouldn’t take action independent of official proceedings.
“I try to stick by the Constitution. The voters elected him to serve. If there is a concern, and he has to go through the Ethics [Committee], let him move through that,” he said.

Why did they give him assignments anyway?

liberal tears? payback for supporting mccarthy? don’t give no fucks? so many options.

They knew he wouldn’t last so why bother?

I’m not sure they knew that… I think they wanted to keep him if it was at all feasible. The finance stuff is not looking good (and definitely don’t bamboozle rich donors. that’s not good for your political career).

Yeah but that guy was never going to be allowed to slide. In six months he’ll be in jail for financial stuff I’d wager.

In six months he’ll be in jail for financial stuff I’d wager.