I have a LOT more to add, just wanted to get this thread begun.

I’ve done fairly well IPO wise this summer…and a bit of irrational exuberance didn’t exactly hurt me too bad (cough NKLA and JAMF) and paid off well in a couple of cases, mwuah, SHLL and FVAC and PLTR…but being a China hater cost me maybe tens of thouoooooosands of dollars in lectricar speculation.

Just to put this out there, AirBNB is going public soon …and I find myself excited.

IPOs Could Come Roaring Back Next Week

The high-flying initial public offerings market is expected to resume next week when several companies are slated to go public. Many high profile deals, including offerings from Airbnb, DoorDash, and Bumble, are also seen trading later this year or into 2021.

Right now, IPOs are still on pause. No traditional IPOs have traded since Nov. 3, the date of the presidential election. Two biotechs—In8bio and Compass Therapeutics—were expected to go public Friday. In8bio postponed its deal due to market conditions, Barron’s has learned. Compass has yet to price its IPO and it’s unclear when that will happen. In8bio and Compass did not return messages for comment.

The pause comes during a roaring time for new issues. The IPO market has seen 352 companies go public as of Nov. 13, raising $130.3 billion, Dealogic said. That figure is more than double the $57.4 billion collected by 190 IPOs for the same period in 2019, the research firm said. Many of the IPOs this year are special purpose acquisition vehicles, or SPACs. Of the 351 new issues, 178 were SPACs, Dealogic said.

Not everyone sees problems with the current pause in the IPO market. “We’re very much on schedule as expected,” said one banker, who is working on several IPOs that are anticipated to price soon. “As far as I’m concerned, the election has not had any impact on the issuance window that I’m targeting to hit. The market is very much there.”

“The IPO window is still open for business. The market is working,” said Kathleen Smith, a principal with Renaissance Capital, who pointed to the calendar for new issues. Several companies are on tap to go public next week. This includes Soterea Health, Aspire Real Estate Investors and Telos.

Many high profile IPOs are expected to trade later this year and into 2021. The most anticipated deal comes from Airbnb, the home sharing network, which is slated to make public its registration statement next week, Barron’s has reported. Airbnb plans to price and list in December. DoorDash made public its IPO registration statement Friday, setting up the company to go public in mid-December.

Bumble has picked underwriters for its initial public offering. The dating app backed by Blackstone Group (ticker: BX) has tapped Goldman Sachs (GS) and Citigroup © to advise on its IPO, which could come as early as the first quarter, Barron’s has learned. Morgan Stanley (MS) is also working on the offering. Bumble will seek a $6 billion to $8 billion valuation. Bumble declined to comment. Executives for Citigroup and Goldman declined comment.

The biggest test for the IPO market comes next week. If any of those deals trade poorly “that would be a dampener on the market,” said the banker, who emphasized that each IPO must be evaluated individually and on its merits. Underwriters who bring a company to market that is mediocre and get the valuation wrong, should “expect to be punished for it,” the person said. Companies that are priced accurately, should “be able to enter the market without much volatility,” they said.

There are a few on my radar now:
Airbnb
Doordash
Chewy
Rivian
Blue Origin (Bezos backed), because SpaceX will never happen

Coinbase, for the digital currency exchange/platform it provides. Theil talked about digital currency in his book…interesting to have non governmental monies…
Robinhood…maybe for the initial pop
Chime, neo bank app, most valued fintech from what I read

What does this mean?

DoorDash was a clear winner of the pandemic. It reported revenue of $1.92 billion in the nine months through the end of September, more than 200% above the $587 million for the same period last year, according to the prospectus filed for its planned initial public offering. It had 543 million orders through September, compared with 181 million in the same period a year ago.

Even so, the company continued losing money. Its net loss in the first nine months of this year was $149 million, compared with a loss of $533 million a year earlier. In the second quarter, DoorDash squeezed out a $23 million profit, but returned to a loss in the third quarter. It also said that the growth in orders spurred by the pandemic would likely slow.

The prospectus did not specify the value of shares that DoorDash would sell. The company was valued at $16 billion as part of a $400 million private funding round in June. It has raised nearly $3 billion in total capital, according to Pitchbook, which tracks startup funding.

Yeah, I heard someone yapping about it yesterday. I’m not sold. Competition is a scooter away.

I’m staying on the sidelines for this one…not an interesting business to me.

Airbnb turns a profit in the pandemic…

The company’s revenue for the three months ended Sept. 30 fell 18% to $1.34 billion from the same period a year earlier, as the pandemic continued to hurt bookings. But deep cost cuts, combined with an uptick in revenue from previous quarters, still led it to post a profit of $219 million.

Airbnb turns a profit in the pandemic…

I like this one. When the vaccine is out, people are going to get on the road again, and small entrepreneurs will step up and get some. A weekend at an airbnb b4 a cruise or a trip to Disney for sure.

Me too…I do hope that they can figure out a way to curb fraud as some of those stories are frightening and could really hurt their consumer perception. It’s not an insurmountable problem, but does concern me a bit.

This is a whole class of IPO opportunity imo… 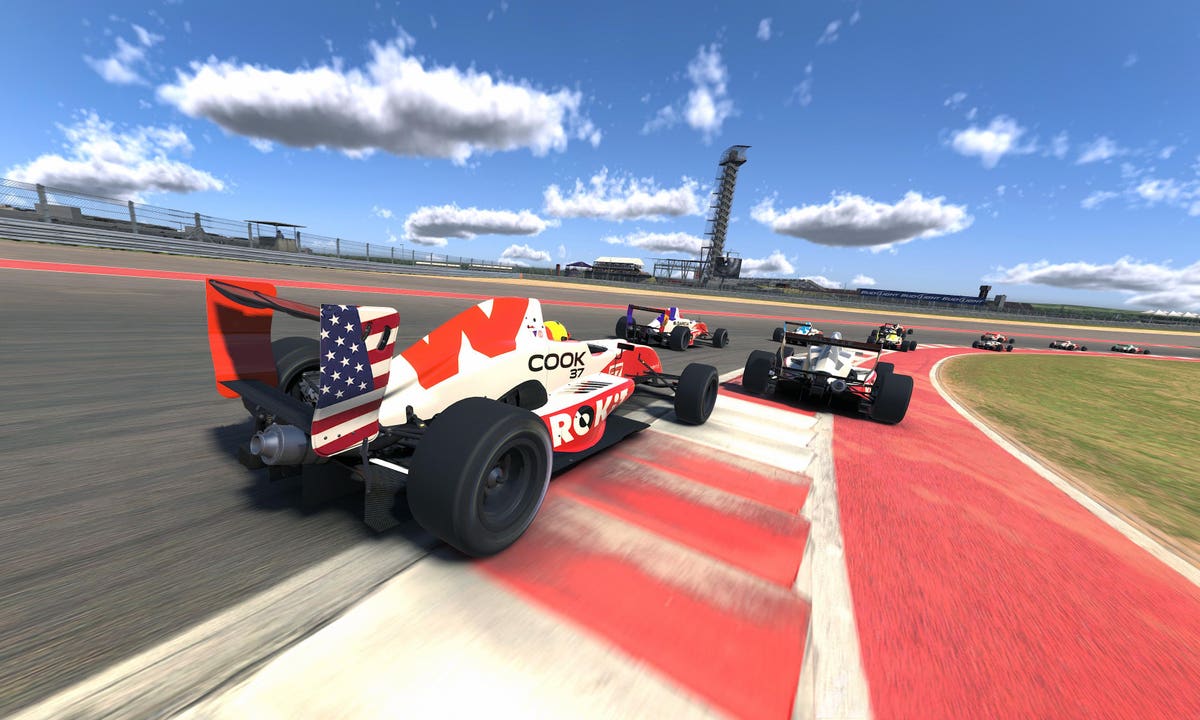 As Zwift CEO Hints At An IPO, Here Are The Top E-Sports Stocks For 2020

Covid-19 has spelled doom for countless companies, but some industries have already risen from the ashes and are ready to rocket in the post-pandemic world - and e-sports seem to be playing the victor.

Thoughts of William Gibson’s early work…as a user, Zwift has nailed it for that class of customer.

Not heard of this one…

Arrival, which is backed by Hyundai and BlackRock, will merge with a special-purpose acquisition company in a deal slated to close in the first quarter of 2021.

Is this a good place to put companies that are raising venture capital but might be a ways off from an IPO?

Also: Upfront Healthcare announces $11.5M in funding; Solv scores $27M and adds to its team; Levels gets $12M in a seed round.

Can the British build a reliable car?

An autonomous one at that… would be curious about the details of the UPS order though.

After the deal, CIIC will own around 12 percent of Arrival stock, with other investors including UPS and Hyundai owning about 88 percent.

Arrival, which is also developing self-driving technologies, has an order for 10,000 electric delivery vans from UPS, with an option for another 10,000.

Avinash Rugoobur, president of Arrival, said those UPS vans would be “depot autonomous” – meaning they will be able to self drive, for instance, from their charging stations to be cleaned.

As autonomous driving technology advances, Arrival can then upgrade the vans UPS has under order.

“UPS can buy a vehicle today and we call it ‘autonomous ready’ because we can upgrade that existing asset to be autonomous,” Rugoobur said.

Arrival is a potential rival to U.S. startup Rivian, backed by Ford Motor Co. and Amazon, among others, which is building 100,000 electric delivery vans for Amazon.

An autonomous one at that… would be curious about the details of the UPS order though.

It seems as though large delivery type companies are getting heir own EV fleet set up. So, imma watch the government contracts.

MOre on EV vehicles from Barron’s
Investors have another way to play the electric-vehicle boom. U.K.-based EV maker Arrival is becoming a publicly traded company by merging with special purpose acquisition company CIIG .

Investors appear to be interested. CIIG stock (ticker: CIIC) jumped 24% to $13.36 on Wednesday.

Arrival is focusing mainly on commercial vehicles. The company has electric vans and buses planned and will start manufacturing vehicles in late 2021. The company also boasts $1.2 billion in orders and expects to be generating roughly $14 billion in sales by 2024. Untied Parcel Service (UPS) is one of the companies with electric vans on order.

The CIIG deal values the company at about $5.4 billion and will provide Arrival with about $660 million to fund growth. It is a big EV SPAC deal. Fisker (FSR), for comparison, went public via a SPAC merger and its stock is worth less than $5 billion. Fisker is focused on passenger vehicles.

Another company that will focus on commercial vehicles is Hyliion (HYLN). Its stock is worth less than $4 billion. And Workhorse (WKHS), an existing manufacturer of electric delivery vans, has a market capitalization of less than $3 billion.

These were impressive in The Long Way Up, lots of “prototyping”, but impressive nonetheless. The Harleys were also quite amazing. The show is worth a watch until the last couple episodes where they do this weird Mexico fear mongering thing.

Wonder what the contingencies are, if any.

Wonder what the contingencies are, if any.

Well, I’d start with how many vans does UPS have now and is this buy in a headnod to the progleftgreencleanies or is it something viable and productive?

I’m working the natural gas connection. Just bought DTE on an Owens rec. Added to my VLO, OKE and NRG positions…I think that sets me up well for either a return to the growing economy or an explosion in EV carsnvanmtrucksndrones.

I’m also watching the SPAC SNPR, which is the same folks who brought HYLN via SPAC. They are looking at decarbonizing plays to make. This article tells me that Nat Gas is just huge…beyond Biden and Harris’s fantasies of ended fossil fuel use. 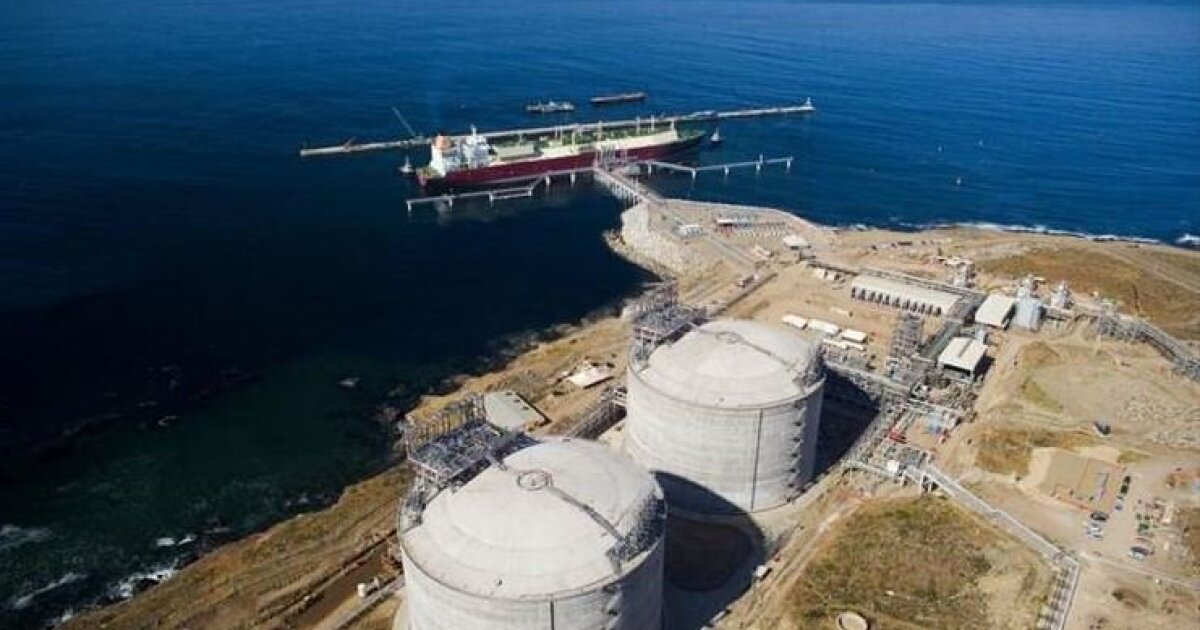 I like the IPOs still, but I’m done playing around making a day’s or week’s pay…time to shoot higher with a bigger gun. I’m at a near double with PLTR, and it’s nice to make a few days wages…but WCShoulda…

more on the subject:

The car industry says it could struggle after a ban on new petrol and diesel cars was brought forward to 2030.