The alliteration of ‘a wank of woke’ does appeal to me

I bet the Mouseketeers would be woke if they were around today.

The alliteration of ‘a wank of woke’ does appeal to me

A “douche of woke” seems to bring a higher level of clarification though.

in the technical sense, at least a douche has some value

in the technical sense, at least a douche has some value

What? And a wank doesn’t?

A good wank and a douche signal different things.

A good wank and a douche signal different things.

I hear many women enjoy both these days.

they’re both about cleaning the pipes!

they’re both about cleaning the pipes!

Everything is subjective to the woke,

That’s also subjective. But still does nothing to address my point about the poll being silly. About as silly as a poll asking if someone is ‘progressive’.

Of course there are many flawed polls out there, some with the issues I mentioned, some with leading questions, some intentionally vague, some incompetently such.

If one wants to ask a productive question, they ask it about something very specific. I’ve brought up the disparity in polls between people who consider themselves liberal or conservatives before, and answers to specific poll questions about policy that turn those perceived associations on their head (where a much great percentage of the population actually agreed with policy liberals promote in politics). 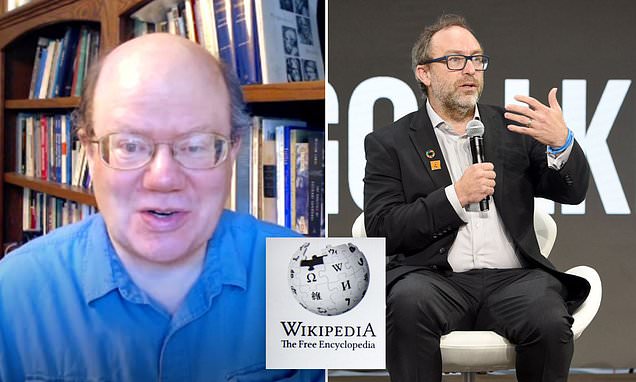 Larry Sanger (left), 53, co-founded Wikipedia in 2001 alongside Jimmy Wales, said the crowdsourcing project has betrayed its original mission by reflecting the views of the 'establishment.'

And Trump was a Russian asset too. So, there.

Putin didn’t dare do it under Trump because he knew Trump would have retaliated. Whereas Biden is content to let Russian hackers extort millions from the U.S.