Their military plans look awfully lot like a blockade. But hey, it was worth it to show we’re “standing up.” 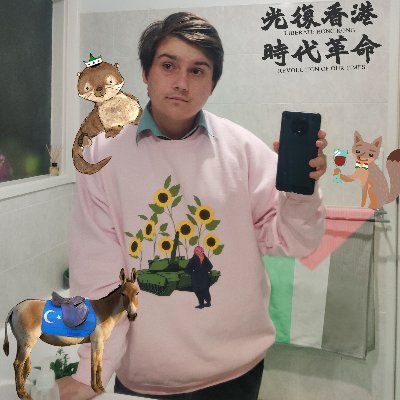 @Nrg8000
The PLA is planning to conduct live-fire military exercises within the sovereign territorial waters of Taiwan (blue line). These are the most provocative moves by China in decades & would qualify for the UN definition of state aggression. Unambiguously escalatory & in the wrong. twitter.com/globaltimesnew… https://t.co/jNVDx4jRUV 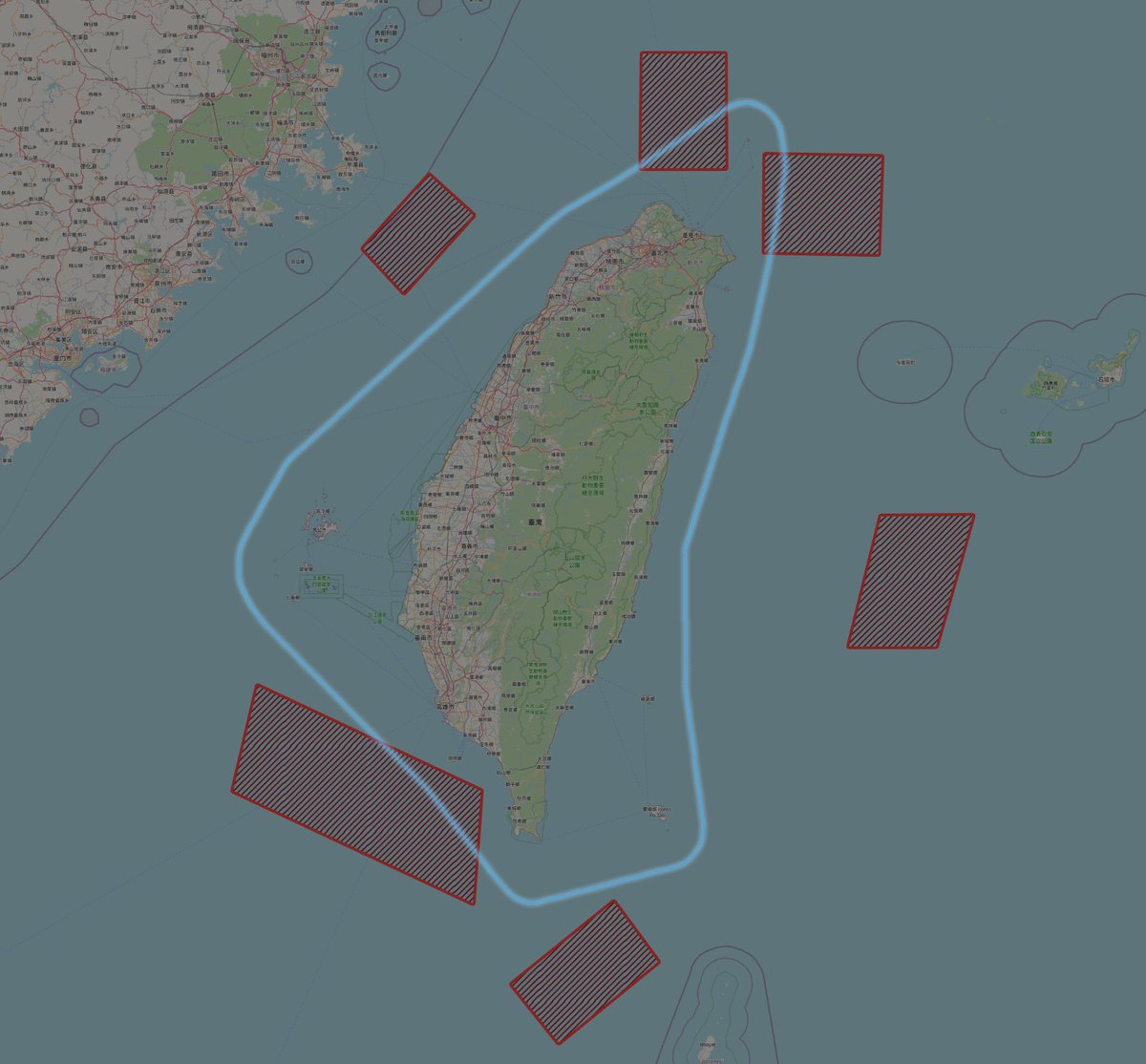 It gives taiwn what they want and also make them not agitate china that much and US is the one which takes all the blame for it.

US will take the blame for it, but China won’t be flying jets near Hawaii.

I have an innate mistrust of politicians. Hopefully, all is indeed proceeding according to plan

People who work in intelligence agencies are not all politicians. It’s critical to distinguish between government workers and politicians.

While saying her visit marks no change in US policy towards Taiwan and China, she linked it to Russia’s invasion of Ukraine and said it was meant as a show of support for democracies under threat.

“In the face of the Chinese Communist Party’s (CCP) accelerating aggression, our congressional delegation’s visit should be seen as an unequivocal statement that America stands with Taiwan, our democratic partner, as it defends itself and its freedom,” Pelosi wrote.

She also referenced China’s crackdown on rights in Hong Kong, as well as Beijing’s repeated threats to seize Taiwan by force:

Indeed, we take this trip at a time when the world faces a choice between autocracy and democracy. As Russia wages its premeditated, illegal war against Ukraine, killing thousands of innocents — even children — it is essential that America and our allies make clear that we never give in to autocrats.

When I led a congressional delegation to Kyiv in April — the highest-level U.S. visit to the besieged nation — I conveyed to President Volodymyr Zelensky that we admired his people’s defense of democracy for Ukraine and for democracy worldwide.

By traveling to Taiwan, we honor our commitment to democracy: reaffirming that the freedoms of Taiwan — and all democracies — must be respected.

Their military plans look awfully lot like a blockade. But hey, it was worth it to show we’re “standing up.”

This misses the point where in a real war, they wouldn’t be able to get to the east coast without simultaneous Philippine, Taiwanese and Japanese support.

They go through the chokepoint, they get shot.

We’ll I’m glad we can understand one another. It would be easier and far less time consuming if you’d refrain from remodeling my words to fit your projections.

I had to ask how many times to get the answer? You could just say that next time.

Pelosi is a politician: that’s who I meant. Great statement in Wapo though!

I think Pelosi is a very flawed politician. But Taiwan needs to take the wins it can get.

Yes, it was worth it. You nailed it.

Feel free to hop on the next plane out though.

"China's final warning" (Russian: Последнее китайское предупреждение) is a Russian proverb that originated in the former Soviet Union, to refer to a warning that carries no real consequences. Relations between the People's Republic of China and the United States of America during the 1950s and 1960s were strained due to the Taiwan Strait issues. American military fighter jets regularly patrolled the Taiwan Strait, which led to formal protests being regularly lodged by the Chinese Communist Par...

It would be great to just ignore the PRC. As much as that would be preferable, deserved by Taiwan, morally right etc., they’re not going anywhere.

Not wise to ignore them, but at the same time not wise to let them dictate Taiwan’s foreign policy, deciding who can’t and can’t visit and when. When it comes to that point, might as well just give up and become an SAR.

I tend to prefer not rocking the boat without good reason. Of course, there are problems with that. There aren’t any clear paths to long term positive outcomes IMO, so your way may be better.

Lengthy read, but should be read.

The final mystery of the Taiwan Strait is that a Democratic administration is on a collision course that its predecessor would never have risked. True, Trump’s administration did a great deal that upset Beijing, not least imposing the tariffs that the Biden administration can’t seem to lift.
But would Trump have gone to the brink of war over Taiwan? According to former National Security Adviser John Bolton’s memoir, Trump liked to point to the tip of one of his Sharpies and say, “This is Taiwan,” then point to the Resolute desk in the Oval Office and say, “This is China.”
“Taiwan is like two feet from China,” Trump told one Republican senator. “We are 8,000 miles away. If they invade, there isn’t a f***ing thing we can do about it.”

Huh weird, I just checked that one and it had a TW flag on it.

I imagine that’d be a pretty steep decline, since the plane has to make it over some mountains and then the airport’s right underneath them. 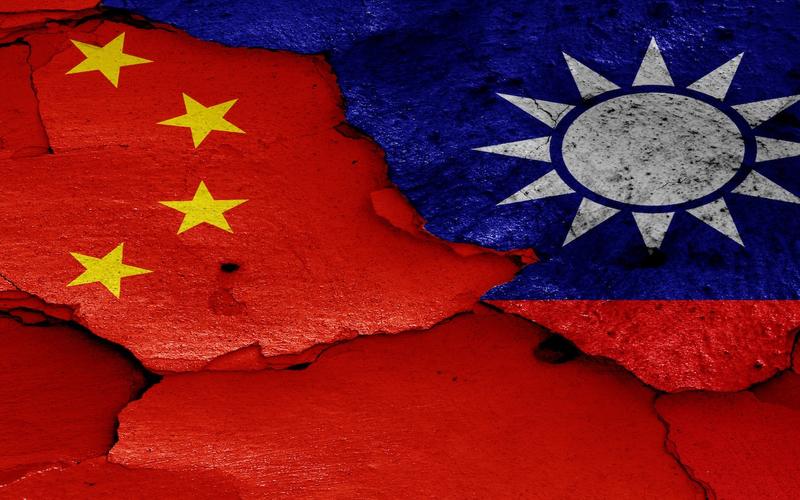 War in Taiwan will be more shocking than Ukraine | Nigel Ingster

Since Russia waged war on Ukraine, many have tried to draw a direct parallel to China and Taiwan, with some senior Taiwanese officials even arguing that in light of recent events, China will delay their invasion of Taiwan. This, argues Nigel Inkster...

China has been disconcerted by successful efforts on the part of the Biden administration to reinvigorate and enhance US alliance structures in the Indo-Pacific region, notably the Quad arrangement linking India, Japan, Australia and the US, and the AUKUS agreement to supply Australia with nuclear submarines. And it perceives a growing level of US and western support for Taiwan begun under the Trump administration as tantamount to a hollowing out of the One-China Policy which encourages Taiwan in its defiance of China’s wishes, the most recent example of which is a mooted visit by outgoing House Speaker Nancy Pelosi in early August.

At the same time China believes in its mantra of western decline and doubts whether the US and its allies have the stomach for a fight. For now, it is likely to continue to grind Taiwan down through what have been characterised as grey-zone operations: military overflights and naval patrols, cyber attacks and espionage. And to push back diplomatically within the Indo-Pacific region against US coalition-building.

At the same time it is likely that as CIA Director William Burns has observed, China will have drawn one lesson from Russia’s invasion of Ukraine. If a tipping point is reached at which China concludes peaceful reunification is no longer an option, a military strike will have to be massive and overwhelming. The aim will be to have the operation done and dusted before the US and its allies can mount a meaningful response.

Thats the best taiwan can do really . what else option it has? reject US?