Don’t be that “guy” because here’s the list of injuries that incurred: 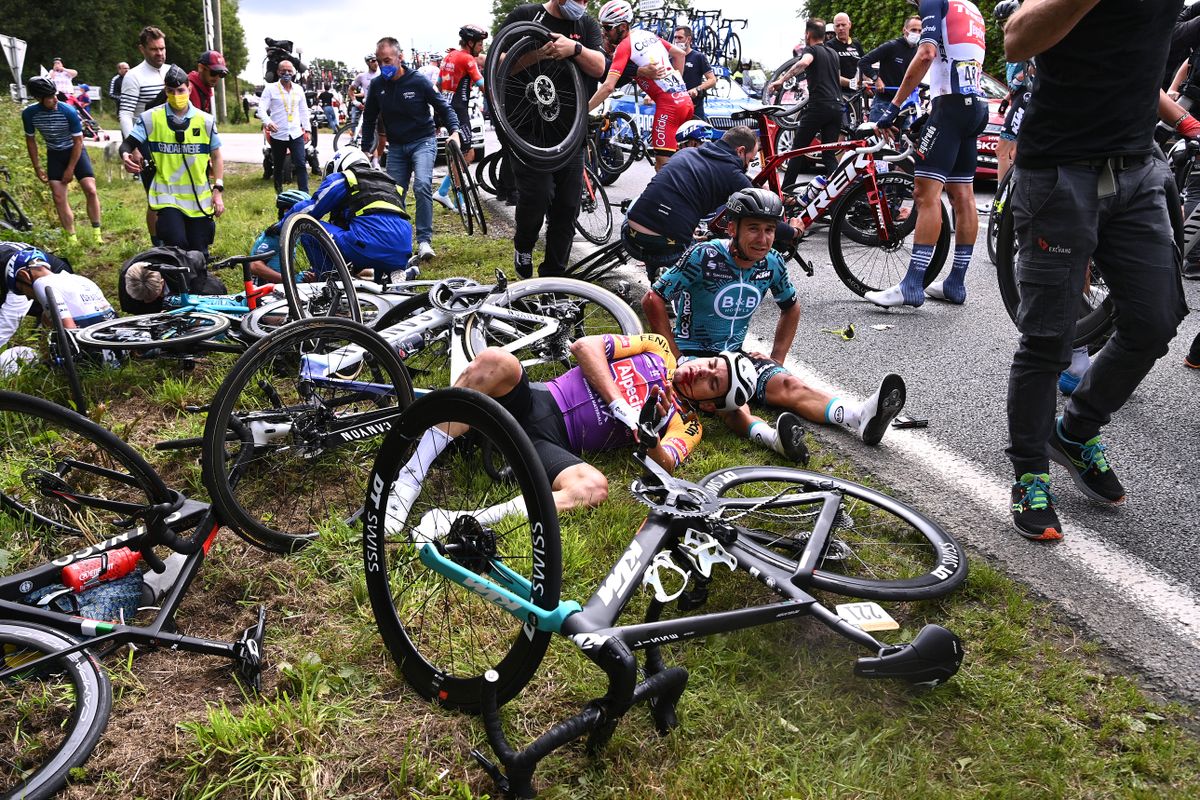 Soler, Sütterlin, Lemoine, Konovalovas out of the race on stage 1

Riders injured in stage 1 of the 2021 Tour de France

According to some reports, race organizers are looking to take legal action against the spectator.

Some suggestions are that the “Guy” was a “Girl” but as the idiot has bolted from the scene of their stupidity, its gender isn’t really known yet. Pity there isn’t an overhead view from a chopper which may have shown which way it ran. Needs to be named and shamed Taiwanese style, and given the bill for damage to bikes and bodies by the affected Teams.

Edit, and one of the injured - Marc Soler - broke both arms. Part of the sentence to be that the idiot can be the one to wipe Marc’s posterier for the next month or so, as he wont be able to.

Their foot shouldn’t even be in the road, let alone a massive sign. Hope they catch sign-holder. 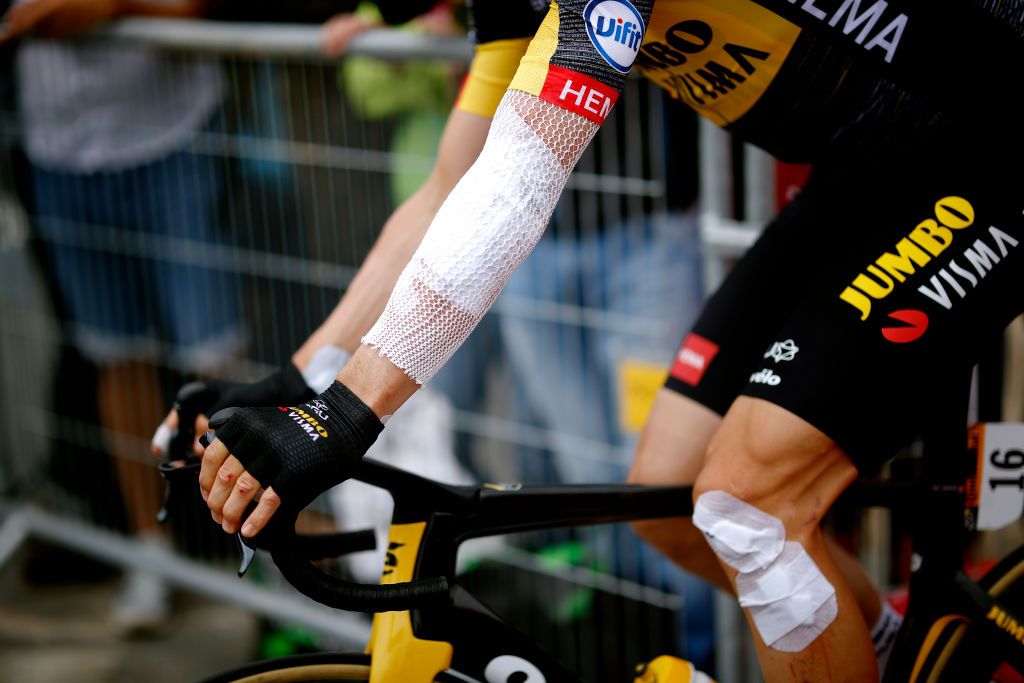 Tour de France: Police use Facebook in search for spectator that triggered crash

Sanctions could potentially extend beyond a fine, according to French newspaper L’Equipe

“In this case, according to article 222-20 of the Penal Code, the spectator would risk a maximum penalty of one year of imprisonment as well as a fine of 15,000 euros,” reported L’Equipe.

Sadly, the first week usually involves lots of crashes, usually caused by the riders themselves though.

I look forward to another Slovenian Tug-O-War.

I like to believe the first crash caused the second crash…even though I have not found any evidence to support that claim.

Well the good news is Ineos are the new Movistar. Going in with four leaders and then finding out none of them look particularly flash. be cool if Carapaz can get his mojo working in the mountains.

Well the good news is Ineos are the new Movistar. Going in with four leaders and then finding out none of them look particularly flash. be cool if Carapaz can get his mojo working in the mountains.

Movistar probably upset now because team classification was the only thing they had a chance of winning.

I remember Sky was the only team to take that title from them in the past…7 or 8 tours?

Cav vs Caleb tonight. Gonna be a cracker…

Is it on free TV?

EDIT: I’ve found it. But it costs.

Nah. Eurosport on cable is an extra NT.99

You can also subscribe to GCN for a month. NTD240.

I can watch it for free through a little grey grid on my TV.

I tried that too.

Couldn’t face another year of jumping round illegal streams only to face a frozen screen just as HTC-Colombia launch their lead out…now I got GCN across three different devices.

I watch it on SBS Australia - its FTA there but they also stream on their Website, which is Geo-Restricted but a VPN in Australia overcomes that.

SBS Cycling Central is your destination for the latest cycling news and video highlights from across the globe including Tour de France.

They won’t answer the phone. I just get Sinatra on loop. Clearly my 99NT isn’t good enough.

Saw it on the news and that crash was jaw-dropping. Dozens of bikers all crashed into one another it was painful to watch.