I took the Puyoma train to Taichung yesterday for tomb sweeping.

I’m not sure what the puyoma train is intended to do (compete with high speed rail??) as it runs only twice a day. But what I notice is the train vibrates a LOT. Like it was traveling over rough roads or something. Not only that sometimes it seems the train tilts excessively, like more than say those push pull zhichang trains at similar speeds.

I heard there are a lot of controversy with those trains and some train attendants said the train used to be a lot smoother before.

What’s going on with TRA?

Not only that sometimes it seems the train tilts excessively

Oh wait… No, Sorry that was a stupid joke.

I guess you are worried about safety, given the yilan train accident?

Honestly tra tracks are marginal for those zhichang push pull trains… And as far as I know those don’t go that fast.

But not for the Puyuma.

I do not feel this at all. I prefer this train over others as it’s comfortable and modern. But buses can be faster and for sure cheaper than the Puyuma/Taroko.

I do not feel this at all.

Me neither, just feel that sometimes the air con is really low. Like a freezer in there.

That’s nice. One of the reasons I never take public transport is because it’s so darn hot.

Especially just north of Taitung Station. The track is not a dedicated one, so you’re using the same rails as other passenger and freight trains- the track is really not built for such high speeds. The train is supposed to be able to handle it- ‘supposed’.

Well, unless you got MR Eyes, you are not going to see that mudslide around the corner which by the time you see it is too late to stop.

I’m thinking maybe they are in way over their heads with those type of trains.

I’m thinking maybe they are in way over their heads with those type of trains.

They still have ‘old stock’ if you prefer. 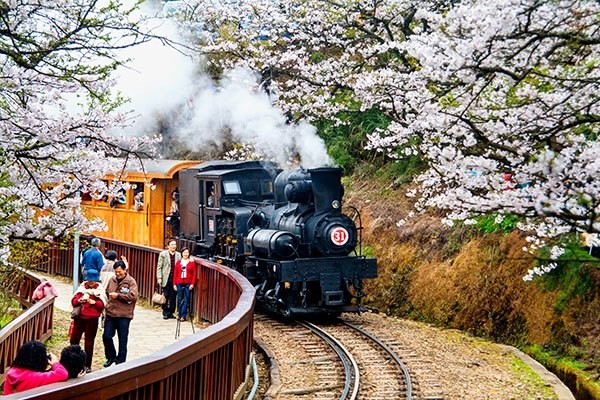