Taipei, May 27 (CNA) The Taiwan Railways Administration (TRA) on Wednesday handed down punishments to 12 of its personnel for their responsibilities in a Taroko express train crash in Hualien County in eastern Taiwan on April 2 that killed 49 people.

Sounds like they didnt verify he was actual license owner, hence winning the contract. 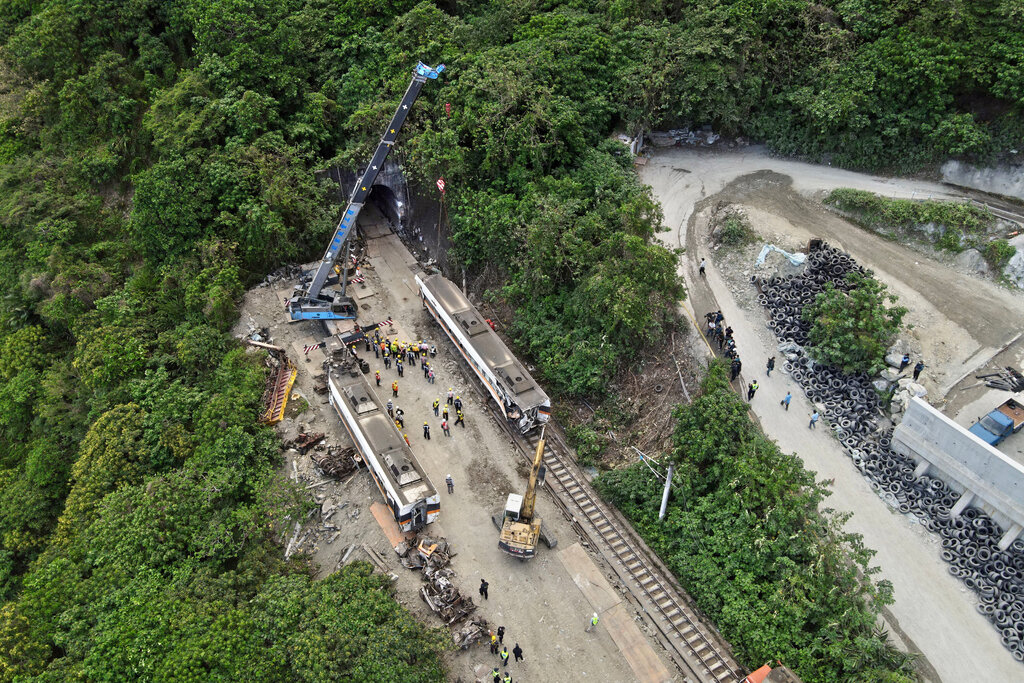 This Train Crash Killed 49 People. It Didn’t Have to Happen.

A Times investigation found that systemic failures at a government agency contributed to Taiwan’s worst rail disaster in seven decades.

Some disgusting details revealed in this article.

Tragic train crash in Hualien on April 2, 2021 Living in Taiwan

Some snippets from the article for those who don’t have NYT.

A government adviser told officials in 2017 that the line on which the crash occurred was an accident waiting to happen.

Earlier this year, a local worker for the agency twice warned about the risk of heavy equipment maneuvering around that same turn. No one did anything

Regarding Mr. Lee, the contractor held responsible for the negligent homicide:

When the Taiwan Railways Administration was looking for contractors to reinforce the slope in 2019, his two companies were ineligible because they lacked experience with that kind of work.

So Mr. Lee used the license of a larger company, Tung Hsin Construction, to apply, though it was illegal to do so, according to the indictment. In return, prosecutors say, he offered the larger company part of the profits.

Contractors and experts who spoke with The Times said the agency frequently awarded contracts to the lowest bidder, prioritizing savings over safety. The emphasis on cost, two contractors said, deterred more reputable companies from bidding.

The agency “believes in using cheap labor to perform high-risk operations,” said Chen Hong-shan, a contractor who has worked on several projects for the railway administration. “This has been the practice for decades.”

Mr. Lee regularly won contracts despite having a spotty record.

In 2009, one of Mr. Lee’s companies, Yi-hsiang Industry, was blacklisted for a year over procurement rule violations, according to government records. Since 2013, the authorities have fined his companies a combined 35 times for various infractions involving vehicles, according to a Times review of data. In 2018, Mr. Lee was sentenced to six months in prison for falsifying documents about the progress of a project.

In 2018, the Puyuma Express, another train operated by the railway agency, derailed on that same route, called the Northern Loop line, killing 18 people. And the April crash occurred on the same line.

Although an investigation into the Puyuma crash by the Taiwan Transportation Safety Board blamed the driver for disabling an automatic speed warning system, the board’s report also flagged endemic problems at the agency, saying it routinely skipped or postponed repairs and maintenance on cars and tracks in order to keep trains running on schedule.

TL;DR: TRA fares are low and unchanged since 25 years. To cut costs, contracts are given to the lowest bidder who may even have criminal records and history of falsifying documents. No due diligence is done. After that, lots of 差不多ism trickles down from the executives to the grassroots level, creating an unsafe system.