TV ad: Dude robs bank. Dude must have been black

Anyone see the new commercial for that Essence of Chicken (雞精)?

It shows police entering a bank just after it’s been robbed. They ask people to describe the robber. True to form, none claim to have seen the robber.

Then one man admits he has, and goes around the room describing the robber, saying ‘He had his nose. His eyes. His mole. And his hair (the poodle). Etc. etc.’

Then the sketch artist draws up the suspect. It’s Mr. Joe Black Dude.

I, for one, will be cutting back my consumption of Essence of Chicken to just a bottle a week. 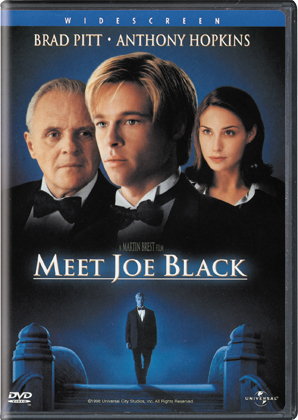 I think you misread my post.
I said Mr. Joe Black Dude.

That’s it! I am OFF mildsevenlights!!

That’s it! I am OFF mildsevenlights!!

Just as well…
all the more for me.

Like the Lian Qiang ads, where they used a few foreigners in prison garb?

Using foreigners in a negative way in advertising has been the order of the day here for a few centuries.

Darkie toothpaste anyone?
Or, selling German radiators using an image of Hitler as a positive!?!
The old one with the disposable utensil with an “african native” with a bone in his nose and all…
Or, would anyone fancy a visit to the nazi cafe on heping east rd. sec 4. (closed mid 1990’s).

It’s more a matter of ignorance than anything else.

That commercial only had Taiwanese in it. They drew together parts of other Taiwanese facial features (nose, crossed eyes, mole) and a poodle for the hair to make a police sketch. The poodle had “poodly” hair and was light brown.

It’s a really funny commercial actually; a lot better then most “homemade” ones in my opinion. Seen it a million times.

If you think the end result of the sketch was a black man, you need to get your eyes checked.

The only prejudice I see, is you thinking a Taiwanese with poodle hair was a black man.

I knwo what commercial you are talking about, but I never noticed that the guy was black.

I just thought it was the guy on the left.

Because if that ain’t poodle hair, I don’t know what is.

(Grr. That didn’t quite work. Copy and paste this one to see.)

Noone bothered to link to the video so we can see for ourselves ? I’ll do it myself then: www.brands.com.tw

I have seen lots of weird ads but this takes the cake.

Yup, the guy is not black, rather goofy. (How many blacks have red hair)

Frizzled hair is something local middle aged men pay good money to get, I kid you not and I can’t get that one.

Thanks for the link Big Fluffy Matthew.

As for the rest of you, especially Doctor of Optometry Worryman, take another look :

Does this man look Taiwanese?

That guy does not look black.

Looks a bit like the guy in this Chinese “Wanted!” poster. At least the hair is the same. 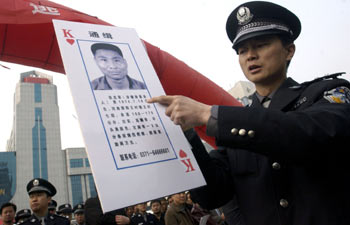 That guy does not look black.

Doesn’t look like a Taiwanese person. They usually have a cast in just the one eye.

Actually it does kind of look like one of my Taiwanese friends. But not with the ears.

I just saw it. That’s the commercial you’re talking about? The one linked? I gotta agree with the consensus… not supposed to be black…

From a stereotypical point of view, it seems the nose is what led to the original assumption. and the lips (and to a lesser extent the hair) are what’re making people disagree with that assumption. The jury’s still out.