A few weeks ago, we had a bad lightening storm in Taitung. I was not online at the time, and that was lucky for me, because some friends of mine had their computers (and TV sets) fried by a lightening strike on the power line. Actually, it was not only the power lines that got hit - people who were not online also got their routers fried because the phone lines also got hit, plus TV sets were hit by the incoming cable.

I have some protection against these high-voltage power surges. The cheap power strip (extension cord) my computer and router are plugged into has “surge protection.” I have no incoming ADSL line, as I use 3G for Internet. My TV set enjoys protection thanks to the fact that I don’t have cable TV or MOD - just a through-the-air antenna (of course, my selection of TV shows sucks, but you can’t have everything).

All this got me reading up a bit on how to protect your valuable equipment from power surges. Wikipedia has a good article:

It seems that the cheapo power surge protection in power strips is not as good as that built into a full-blown UPS. Power strips use MOVs (metal oxide varistor ), and Wikipedia has this to say:

MOVs have finite life expectancy and “degrade” when exposed to a few large transients, or many more smaller transients. [16] [17] As a MOV degrades, its triggering voltage falls lower and lower. If the MOV is being used to protect a low-power signal line, the ultimate failure mode typically is a partial or complete short circuit of the line, terminating normal circuit operation.

I’ve determined that I should buy a UPS. I remember a time when every decent computer store in Taiwan sold these, but now not so much. That’s probably because the power has become more reliable in recent years - when I first came here, brownouts and blackouts were far more common. However, much as Taipower has improved its service, they still aren’t immune to voltage surges induced by lightening strikes.

So, I’ve been looking at buying a UPS from PCHome. I see big differences in price. I was thinking of getting this one for NT$3199:

I’m not sure I need that. I would appreciate any comments from those of you with more knowledge. Am I OK with that cheaper one? I don’t need a long time for safe shutdown if the power fails, I think five minutes of battery power is probably enough. Mostly I use a laptop anyway, which draws little power and has its own battery (though I often take the battery out so it will run cooler - battery charging is a power drain).

Thanks in advance for any advice.

You might just want to consider a higher quality surge protector with dual surge protectors, I’d suggest Belkin as they offer product replacement warranties if the stuff you have connected to their power strips blow up. That said, most of these devices are going to be much good to you unless you have grounded sockets, as the surge has to go somewhere…
Same goes for a UPS when it comes to lightning strikes, but apparently some (I don’t know which) can handle it without ground.
You’re going to have to do some research on that and figure out what suits your needs.

[quote=“TheLostSwede”]You might just want to consider a higher quality surge protector with dual surge protectors, I’d suggest Belkin as they offer product replacement warranties if the stuff you have connected to their power strips blow up. That said, most of these devices are going to be much good to you unless you have grounded sockets, as the surge has to go somewhere…
Same goes for a UPS when it comes to lightning strikes, but apparently some (I don’t know which) can handle it without ground.
You’re going to have to do some research on that and figure out what suits your needs.[/quote]

Thanks Swede. I went ahead and ordered the cheaper of the APC models (the one for NT$3199) from PCHome. I would have preferred to buy it off the shelf from a local store, but nobody in Taitung keeps these in stock.

As for the grounding issue, I’ve got that covered. I know that most Taiwanese houses don’t have grounded outlets by default (my house included), but I added a a few 3-prong grounded outlets. I have a ground tester to make sure it works. What I discovered (which you probably know) is that for grounding to work, the polarity of the outlet matters. A lot of outlets in Taiwan are wired backwards. In case you don’t have a ground tester (not the easiest thing to find around here), if you’ve got a voltage tester screwdriver (easy to find) be sure that the shorter of the two flat prong holes in the outlet is the one that causes the lamp to light. 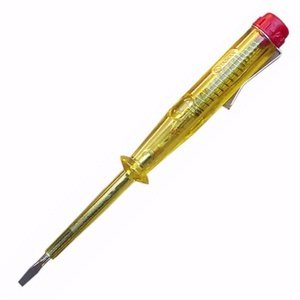 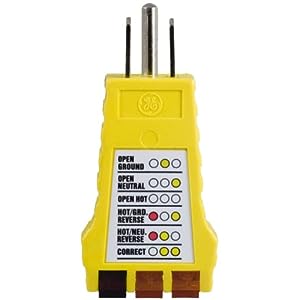 I’ve been told that even without grounding, one thing you want to do is be sure that all the peripherals (printer, router, etc) that are attached to your computer are not plugged into an outlet with reversed polarity. If your computer is plugged into an outlet with the right polarity and the peripherals are plugged into the opposite, and the machines are attached with a cable, it can cause some real problems. Or so I’ve heard - I’d rather not put it to the test.

Well, I’ve never had anything die on me here, but in a previous place I lived, both my desktop and my girlfriends notebook game me a small electrical “buzz” if I touched them…
It should hopefully be possible to ground your own outlets, but it all depends on whether or not there’s a ground in the mains box or not. Luckily in our last and current place, all the sockets are grounded (bar one in the kitchen here…)
The problem is that the over current has to go somewhere when the lightning strikes and that’s the ground, so without it, the UPS is likely to take the hit and blow up, but I guess that’s better than your computer…