Yep, I agree, there is no justification, but given the nature of the beast… any low expectations will be realized even lower.

Remember the sealed exit doors, anyone?

I think there are bad and good bus companies. In Taipei for example, Dayou Bus Co. is the worst; Capital Bus Co. is the best. If the government had the power and/or desire to get rid of the black sheep of public transportation, Dayou would not be allowed to operate and Capital Bus would be rewarded annually. Sure, lot of bus companies are struggling cause of stiff competition with each other, with the MRT, and with the High-Speed Rail, and of course because of rising fuel prices, but some of them are able to maintain a quality service, others just don’t seem to care.

Yep, I agree, there is no justification, but given the nature of the beast… any low expectations will be realized even lower.

Remember the sealed exit doors, anyone? 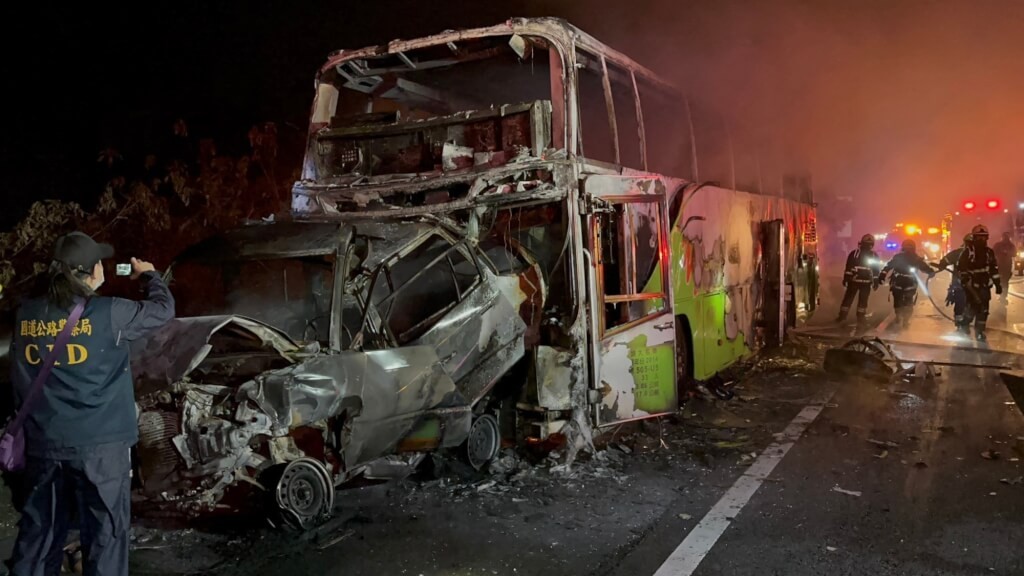 The driver made sure everyone evacuated. Being last to exit, apparently his leg got stuck on the door and he got caught by the flames.

Holy crap, no good deed goes unpunished it seems.
Glad he was selfless enough to help people off

Need worry about trip/from the Airport more than the flight

One of my few superstitions is never, ever telling someone I arrived safely until I’m actually instead the apartment / house / hotel destination. The drive after the flight is far more dangerous than the flight itself.

At least in Taiwan the risk of bring robbed on the way to/from the airport is lower than other places. Or being run over by a six wheeler or careening off the road/bridge down some cliff because of bad road maintenance.