Want to Live Through Climate change? Give up 90% of your energy needs. Study 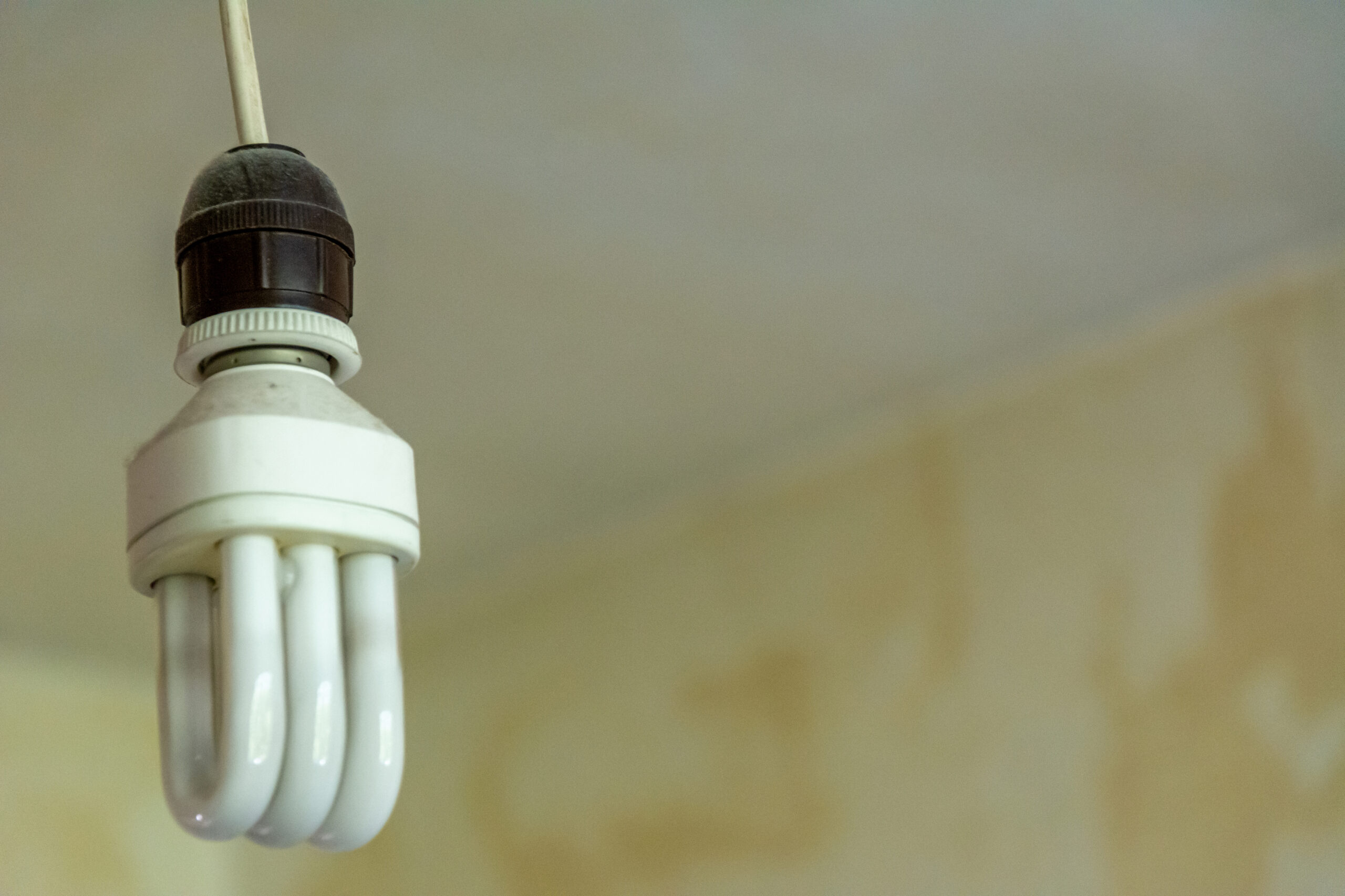 To Stop Climate Change Americans Must Cut Energy Use by 90 Percent, Live in...

Researchers admit there are absolutely no current examples of low-energy societies providing a decent living standard for their citizens.

Researchers admit there are absolutely no current examples of low-energy societies providing a decent living standard for their citizens.

So…global war to lower the bar? War = Save the Planet?

It does seem fairly obvious we need to reduce waste quite a lot. And that isnt always a bad thing…not just energy, but an all around culture shift. Imagine if we were as thrifty and reused/bought quality (long lasting) items as in the 1930s north america but didnt do it out of poverty or survival requirements. Simply because we were smart enough to understand that the disposable economy is as short lived as the shitty products we insist on trading. Coupled with todays technology and education, we might actually be rocking this rock.

Well, it’s not like we haven’t been doing just that. Progress and Productivity don’t say, hey lets use more than before!

Well, it’s not like we haven’t been doing just that. Progress and productivity don’t say, hey lets use more than before!

Happy to hear that. You, me and certainly many others are trying. But its pretty clear many are not. There certainly are a great number i see everyday going out and throwing out. Be it food, clothing, leaving the car idling for ages, new phone every time the new model comes out, ac on when no one is home or stores keeping it on with open doors and windows (never mind keeping lights, tvs signs etc on when not using them), over fertilization of crops, watering the pavement for dust etc. Its pretty common, even here in the rice fields

Overall, on a grand scale we are doing better while serving more. The doom and gloom approach really is NOT what I want from a government. lol

Overall, on a grand scale we are doing better while serving more. The doom and gloom approach really is NOT what I want from a government. lol

Yes i agree with that logic. But extrapolate that with the current population, living standard expectations and finite space and it just doesnt work out well long term. Regardless what side of the think tank we are on. Something has to change. wasting less seems faster/easier than waiting for new tech (which doesnt solve problems so much as enables the same culture that created past problems) and is preferable to a population control or continued allowance of portions of the population to live in poverty and hunger.

The good thing, however, is we are all equal, at least in class, in our levels of environmental contamcontamination

this has really become the story of true equality.

There are those, of course, that think massive deforestation, species die offs, torture, wars, pollution, oppression, food and water insecurities etc are not animals problem and everything is perfectly fine.

But i do agree, it is much better as per personal happiness and safety now per capita. But the negatives are growing as well. Eg. ww2 being much worse than say anything 5000 ears ago. Everything is scaled up, negative and positive. The issue is we have a finite space, and too much positive is never a problem, by definition. Too much negative inside a balloon will eventually cause it to burst.

But who knows. its 4am and maybe im wrong and waste is a good thing and all the negative stuff is just an illusion. if so, i wanna buy whatever tthat person is taking

Something has to change.

But it has changed. The growing middle class is the change needed for things to clear up. Fewer kids, better educated…just for a start. No need for gloom and doom. Just whip some Capitalism on them. It has most certainly worked for the US and Europe and now China is getting on the bus. I’m a bus half full kind of guy.

Well, they lost me here:

The researchers’ assertion that “large reductions in energy use are required” is actually a non sequitur because it is not energy use per se that is contributing to man-made global warming, but the emissions of carbon dioxide associated with the burning of fossil fuels. In fact, when they set their 27-gigajoule per capita threshold, they specifically ruled out “speculative” technological progress. However, transitioning to no-carbon energy sources such as nuclear, wind, and solar power would solve the problem without forcing humanity to go on the ridiculously strict energy diet they call for.

The word “speculative” does not appear in the paper, despite the use of “quotes” above implying otherwise. The paper says that they are excluding negative emission technologies, like carbon capture. They cite two sources (one of which is the IPCC) for that 27Gj limit, which includes adoption of renewable energy. This guy’s rebuttal cites no sources for his assertion to the contrary.

I do tend to agree with the view that “The utopian dreams of those who wish to radically reorganize the world to stop climate change are not a plausible global future.”. But it’s still useful to research what would be necessary, and perhaps find elements that can be adopted.

And while we may be doing better in terms of how much we produce per ton of CO2, overall emissions per capita are not exactly falling so far. And despite falling population growth, we’re expecting the population to keep rising until at least 2100.

So, you know … I’m fundamentally optimistic about the long term too, and I do think market forces will player a bigger part in solutions than government intervention (or … war?). But I’d prefer the arguments for it to at least attempt to address the actual science, which the linked nonsense doesn’t.

But I’d prefer the arguments for it to at least attempt to address the actual science, which the linked nonsense doesn’t.

I’ve always found it ironic and telling that so many of the world climate “authorities” always seem to focus on America, even as it decreased it’s emissions the most, and neglect to call out China, which is the worlds worst offender and today building hundreds of new coal plants.

I’ve always found it ironic and telling that so many of the world climate “authorities” always seem to focus on America, even as it decreased it’s emissions the most, and neglect to call out China, which is the worlds worst offender and today building hundreds of new coal plant

IOTW, you don’t read anything by authorities on climate change?
Reminds me of the three stages of an Islamist terror attack:

Its a media piece, not that scientific but an interesting read in ways. 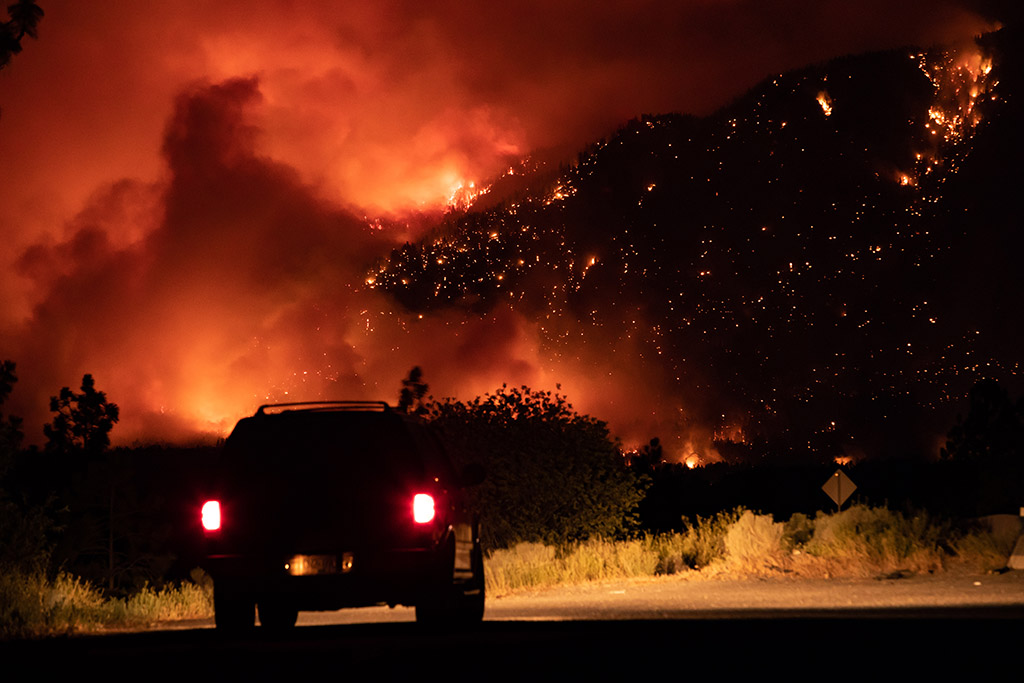 The Future of Fire in Canada | The Tyee

We’re on the brink of a ‘runaway fire age.’ Here’s why. And how to respond.

Wasn’t quite sure where to put this, but I think it has some relevance to the debate here: The European Union has handed down $1 billion in fines to four major German car manufacturers, saying they colluded to limit the development and rollout of car emission control systems.

TL;DR: four automakers decided that the EU emissions regulations are sufficient for the time being, and colluded among themselves not to attempt to exceed them. One manufacturer (Daimler) squealed on them, and the EU fined them a shitload of money. At least one of them (VW) is considering legal action against the EU, to which I would say, “good luck with that”, since they seem to be a law unto themselves.

Bear in mind that I loathe cars with a passion. I think they were obsolete 20 years ago, but we’re still stuck with them because of various complex factors preventing anything better from taking their place. The “90% reduction” in energy use is perfectly doable without any loss of living standards. The technology is there, and has been for ages. I hold a patent for one particular white elephant that will never, ever see the light of day. But it would require both governments and environmental groups to let go of some dearly-held beliefs for humanity-at-large to achieve a reduction in energy use and a concomitant increase in living standards.

Back to the point of the post. Here we’ve got a bunch of corporations who have decided, collectively, that they are (a) complying with the letter of the law and (b) are under no obligation to compete with each other on the basis of emission reductions.

The EU has ruled that the very fact that they collectively made this decision makes it a crime.

Nevermind that this collusion may (on balance) have been a good thing. Every time the EU upgrades its requirements for placing new products on the market, a whole bunch of perfectly good designs become obsolete and a new (largely pointless) round of product development begins. The low-hanging fruit has gone, and we’re really just nibbling at the edges now. It’s a waste of money, a waste of everyone’s time, and ultimately contributes to a waste of “embodied energy” - the scrapping of functional appliances simply because they’re out-of-date.

The most frightening thing about this ruling (and the enormous fine imposed) is that it appears to have absolutely no legal basis. Co-operation between companies is not illegal. Agreeing to “freeze” engine designs at a sensible point does not strike me as immoral, and it’s hard to see how it can be made illegal.

The EU have apparently decided that they can do absolutely anything they like, to anybody they like, if they can pull some half-assed reason of a hat. “Climate Change” and “COVID” are now the two hallowed touchstones which can be used to override common sense, accepted democratic principles, and the Law.

Its interesting having 3 main super powers now, im all for variety.

Most of the global discussions around climate change involve ‘net-zero emissions’ or ‘climate neutrality’ and don’t involve actually reducing waste to any scale. I’m not saying that there’s no science behind it but it does sound a lot like purchasing indulgence when coming from the mouths of the largest polluters.

An easy litmus to determine if people are serious about this sort of thing is listening for mention of using nuclear energy.

I agree, it confuses me too. A.conversation about getting cleaner without discussing waste reduction seems like an impossible outcome.

Its like when those that blame the black/brown outs on green energy and shutting down nuclear when half the city shops have doors open cooling down the sidewalks to 20 degrees.