I’m in a bit of a conundrum here. This whole Corona thing is going on out there and while we can still go out and buy food, I have also hoarded my fair share of liquor and frozen BBQ meat. Now, even though I am generally well prepared for the apocalypse, I kept thinking something’s missing. And just now it hit me like a ton of bricks: I should really get a few boxes of Cheez Balls!

So here’s my question: Has anyone seen Planters Cheez Balls recently? Costco doesn’t stock them, but maybe one of the dodgy Filipino shops?

Not that brand, but I’ve seen large buckets of cheese balls at Carrefour.

Despite their nutritiousness and well-deserved reputation as a superfood, I worry that these might be difficult to find outside of the USA. I believe that the cheese ball tree, Chemicalus cheddarificus, is native to North America and doesn’t take well to foreign soil.

Not that brand, but I’ve seen large buckets of cheese balls at Carrefour.

Thanks! I normally don’t trust the French when it comes to good old American delicacies, but I guess I should go and take a look.

I’m not in the cheez balls meta so I might be wrong, but I believe the bucket I saw was imported from Korea.

I normally don’t trust the French 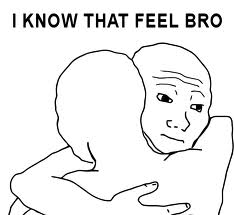 I believe the bucket I saw was imported from Korea.

Then I sure hope emart orders their cheez balls from the Planters factory in Missouri.