Anyone know any really weird temples here?
A friend of mine found a temple in india one time where they worshipped rats, and there loads of them running all over the place -
and of course being a temple you had to go in barefoot!
I’m not expecting anything this freaky, but maybe there’s something fun out there…

Nah, that’s not really weird except in the abstract. Nothing much happens there.

What do you consider weird OP? Most temples will feature mediums lacerating themselves and sticking swords into their cheeks during festivals. Spirit possession is really common and you can see people burping out messages from the gods.

Two weekends from now will be the boat burning festival in the south. Plague gods invited to earth, firewalking, spirit possession, mediums corralling demons with brooms and woks of burning oil, locals putting all their troubles onto paper effigies, people walking round with yokes around their necks, and the final burning of a 15m handcrafted wood boat on the beach at dawn.

I want to know where a normal temple in Taiwan can be found.

[quote=“Mucha Man”]Nah, that’s not really weird except in the abstract. Nothing much happens there.

Yeah, I was going to say the 17 Guys And A Dog temple, at midnight when all the pimps and whores go, but it looks like that’s a thing of the past.
I always found that place creepy as shit, especially if you went downstairs where the actual grave was.

What about one of the ones where the medium gets all liquored up and then grants audiences channeling that one drunkassed diety?

Or any one where the Dung Eee dude is swingin the durian around?

That’s the ‘Ji Gong’ temples Chief, and they are very common in the countryside. In fact I happen to know a Ji Gong channeller myself as the in-laws are members of a local temple, his day job is selling sausages, when he’s not liquored up and getting to wear fun clothes

But yeah… don’t miss out on the Boat Burning Festival in Donggang. Happens once every three years, and it’s taking place this month. The temple isn’t particularly weird, but the festivities are a great cultural experience, and a lot of fun. Highly recommended.

There’s this one sect that worships the spirit of a torture victim that somehow got reanimated. In their rituals, they practice symbolic cannibalism and pretend to drink his blood. I can’t quite remember the name…

I see wut u did thar!

Judging by t its name, one would think it’s some sort of ancestor temple for people from the Sanxi province of China.

if you look at the sign, it reads Zushi temple, but curiously has the word Basay over it. Usually Zushi temple in Taiwan refers to Qingshui Zushi, a Buddhist monk in Fujian. Basay is a prominent branch of Ketagalan people, whose language was once the lingua franca of Northern Taiwan.

In the temple, aside from the tablet that reads Sanxici in Chinese, there is a Ketagalan religious totem of the son of thunder on the wall.

The weirdest temple I’ve heard of has to be the one where CKS is enshrined within. That’s somewhere in Hsinchu, right hansioux?

Then there’s the Catholic church in Yanshui, Tainan where Jesus, Mary, and all the apostles are portrayed as classical Chinese people.

The Mother Teresa church in Kalimpong (West Bengal) is built in a Himalayan architectural style, with Tibetan-style paintings of Jesus, Mary etc around the outside. (Didn’t get to see the inside.) That is to say, Mary looks like a Tibetan woman, the shepherds look like Khampas or Amdowas, and Jesus wears a robe kind of like a Buddhist monk, except blue.

The weirdest temple I’ve heard of has to be the one where CKS is enshrined within. That’s somewhere in Hsinchu, right hansioux?

Yes, sadly I see it too often. It’s across the street from NTHU.

[quote=“Hokwongwei”]
Then there’s the Catholic church in Yanshui, Tainan where Jesus, Mary, and all the apostles are portrayed as classical Chinese people.[/quote]

awesome, that and the Mary with Seediq tatoo on her face in Taoyuan are things I must see. The god is dressed in a Japanese police uniform. It’s to commemorate Morikawa Seijiro 森川清治郎 who came to Taiwan in 1897.

At the time southern Taiwan was a tough place to live in. The lack of irrigation, long periods of drought and soil salinization made farming difficult. Most of the inhabitants were illiterate, and had poor hygiene. Morikawa was assigned to Dongshi, and immediately worked to improve locals’ lives.

He setup a school at Fuangong, and taught the locals Japanese himself. He would award good students with paper and pen. He also worked to improve local hygienic situation by instructing villagers to dig sewage drains. He worked to improve soil salinization and offered the sick assistance.

The Japanese colonial government placed a heavy tax burden on the locals who had very little to begin with. Morikawa petitioned to reduce tax and was accused of placating to the locals. Morikawa was first punished, and then forced to collect all the backed taxed within his term.

On April 7, 1903, Morikawa went to Qingangong (慶安宮) and left a note that said “Tyranny disrupts civic life (苛政擾民)”, then proceeded to commit suicide with a rifle. He was 42.

The grief stricken villagers buried Morikawa and decided to worship him at the temple where he taught the locals Japanese. He was referred to as Yiaigong (義愛公 The god of justice and civic love), but now more commonly known as Riben Wangye (日本王爺, the Japanese royal lord).

There’s a temple in the hills above Xizhi with a mummy covered in gold foil.

The deity is named Mazu style, but there is no statue for her. The Dutch representative in Taiwan visited the temple on the 19th because Tongshanma was actually a Dutch nun who came to Taiwan 160 years ago and devoted the rest of her life to Taiwan. She did do much for the suffering locals, that they dedicated a temple to her after she passed away.

The temple is actually built on top of Tongshanma’s tomb, and when they renovated the temple in 2014, they also dug up her cremated bones and reburied her. Unfortunately the locals don’t remember Tongshanma’s name. They also failed to actually turn Christian, so… well, I am sure Mother Tongshan still appreciates the gesture.

Maybe they can identify her name from some Dutch historical Church records?

You’re full of fascinating stuff hansioux. Ever thought of writing a book? I would love to know how people like Morikawa did what they did in the face of what must have been deep mistrust.

You’re full of fascinating stuff hansioux. Ever thought of writing a book? I would love to know how people like Morikawa did what they did in the face of what must have been deep mistrust.[/quote]

I just randomly come across these stories. I think it would be really interesting if MuchaMan can get to interview the people really in the know. In the Tongshanma case, perhaps find out who she actually was.

Just came across this odd temple in Changbin Taidong (台東長濱) called Tianlong Gong (天龍宮, lit. Sky Dragon Palace). You would think a temple called Sky Dragon should be in Taipei City, but somehow it’s in Taidong.

One of the deity worshiped at Tianlong Gong is… Showa Teno, a.k.a. Japanese emperor Hirohito.

Emperor Hirohito… dressed in a Chinese outfit I guess

Pan Jin-li (潘金理), the woman that founded the temple is of Kavalan descent. Her ancestors were forced out of Yilan during Qing government conquest of Yilan, possibly due to the 1878 Kaliawan incident, where the Qing government committed ethnic cleansing to the Kavalan and Sakizayan tribes. Many Kavalan and Sakizayan refugees were taken in by Pangcah Amis villages and they pretended to be Pangcah until Taiwan became democratized.

In the 1970s, Pan suffered an illness for a long time and began to seek supernatural help. She prayed to Wangmu (Queen Mother of the West, 王母) at Shibi branch of Cihui temple (慈惠石壁部堂). Her illness was cured and she began following Wangmu’s directions to build a temple in Taidong.

In 2000, Wangmu came to Pan and asked her to paint a portrait of the Pingpu god Aritt, which the Kavalan also worshiped. Wangmu said it’s time the gods of Pingpu Aboriginals be worshiped again. Pan painted the portrait of Aritt and had hired someone to carve a Aritt statue based on her drawing. Aside from the Aritt statue, there are a hosts of Aboriginal worship stones and pots scattered around the temple.

Sometime after that, a visiting Tangki (spirit medium) started acting out halfway through his tour of the temple, and started speaking in a Taigi-Japanese pidgin, claiming he’s the spirit of emperor Hirohito. The spirit demanded to be worshiped at the temple, because he used to live there.

Pan did some research afterwards and realized the site of Tianlong Palace was a Japanese Shinto Shrine during the Japanese era (Kolado’t shrine, it was first transcribed as 姑子律 in Kanji using Taigi, but the Japanese later changed it to 樟原). The shrine was destroyed after the arrival of the KMT. The long ramp and stairs up to the temple is one of the remnants left from the original shrine.

At the original shrine, the Japanese worshiped Kaidaku sanjin, (開拓三神, the 3 gods of Pioneering), along side Prince Kitashirakawa Yoshihisa (北白川宮能久親王), who died in the 1895 Japanese invasion of Taiwan.

However, who cares which gods the Japanese worshiped there, the spirit said he’s Hirohito, so Pan made a statue of Hirohito and now you have a temple worshiping Xiwangmu, aritt and Emperor Hirohito. Yay for Taiwanese religion.

Pan herself speaks Kavalan, Pangcah(Amis), Taigi, Hakka, and Mandarin. So no matter what kind of worshipers visits the shrine, she could answer their questions. She even speaks Japanese when conversing with the Hirohito statue. 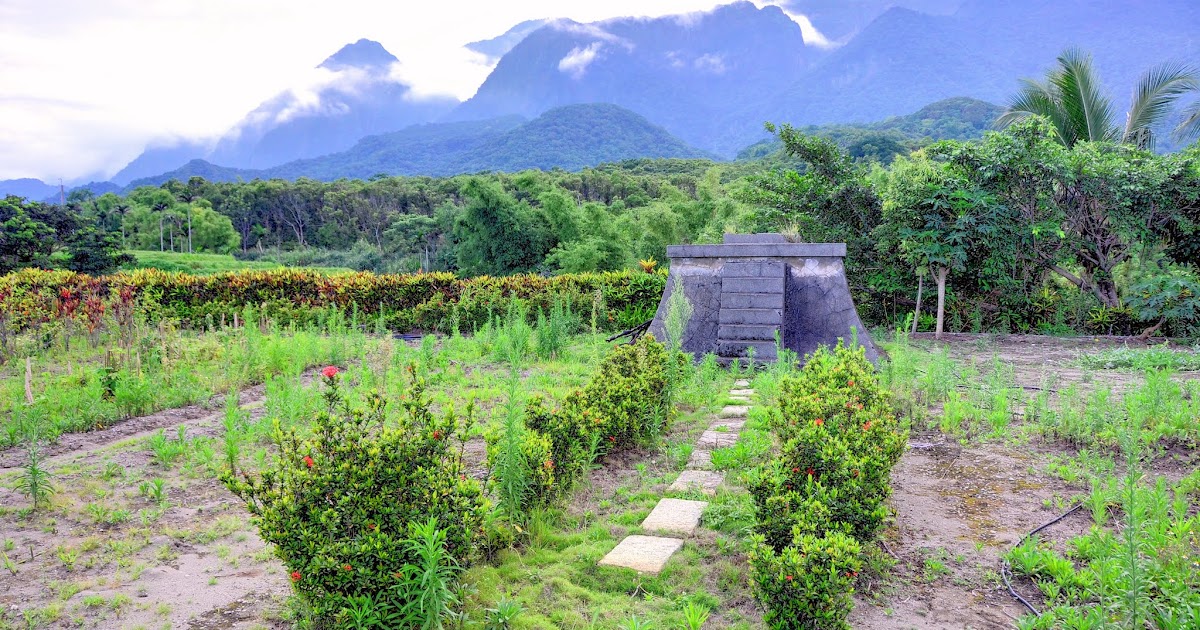 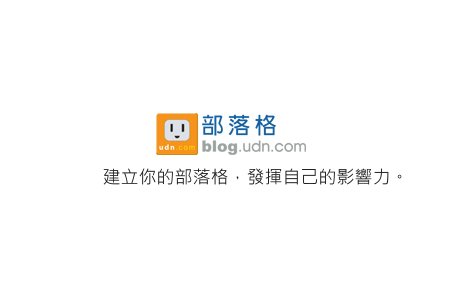