What are you reading? Political Books

Yeah, like them both, especially Rorty - I went through a (philosophical) pragmatist stage- still largely there, but some of the ideas make me uneasy. I’m a bit more of an essentialst than some of the things they say.

I happened to just read Achieving our Country…it should be read in high schools. It comes down to faith or not in our system of government. Which, you know, isn’t too bad at providing needs or redress to the many, compared to the rest of the world which most Americans haven’t seen close up or close up for very long.

some of the ideas make me uneasy.

It comes down to faith or not in our system of government.

And which Democrats have evidently lost altogether here in 2020. Sad.

And which Democrats have evidently lost altogether here in 2020. Sad.

Well, they seem to think that dismantling the system and setting another up in its place is like…doable.

Rorty is an anti-foundationalist; he believes that Western philosophy has gone down the rabbit hole all the way from the Greeks through the Romans, Medieval, Enlightenment and Modern- both Analytic and Continental. He thinks our views are social constructs, and we should and do hold them not because they are reflections of the way things ‘really’ are, but because they work pretty well.
That goes for science too. So I’m reading along, nodding in agreement, and I come to a statement that we use Newtonian laws of motion to send a rocket to the moon because they are more useful than Aristotle’s ideas and come to an abrupt halt, saying “No, we use them because at some level they are truer, a better reflection of reality”- and Rorty says “Yeah? Prove it.”

That must be the other book.

Yeah, it’s more on the philosophical end of things I have problems with him. Politically he’s an old-fashioned left-wing Democrat, who believes in more economic equality, and is somewhat distanced from the cultural left. He thinks the turn happened during the Vietnam War, and blames it for losing a lot of working class support for the Democrats

“There is a dark side to the success story I have been telling about the post-sixties cultural Left,” Rorty writes. “During the same period in which socially accepted sadism diminished, economic inequality and economic insecurity have steadily increased.

Pretty good at predicting the rise of Trump:

Members of labor unions, and unorganized unskilled workers, will sooner or later realize that their government is not even trying to prevent wages from sinking or to prevent jobs from being exported. Around the same time, they will realize that suburban white-collar workers — themselves desperately afraid of being downsized — are not going to let themselves be taxed to provide social benefits for anyone else.
At that point, something will crack. The nonsuburban electorate will decide that the system has failed and start looking for a strongman to vote for — someone willing to assure them that, once he is elected, the smug bureaucrats, tricky lawyers, overpaid bond salesmen, and postmodernist professors will no longer be calling the One thing that is very likely to happen is that the gains made in the past forty years by black and brown Americans, and by homosexuals, will be wiped out. Jocular contempt for women will come back into fashion. The words ‘nigger’ and ‘kike’ will once again be heard in the workplace. All the sadism which the academic Left has tried to make unacceptable to its students will come flooding back. All the resentment which badly educated Americans feel about having their manners dictated to them by college graduates will find an outlet.shots.

Pretty good at predicting the rise of Trump:

I thought he was spot on predicting the fallout of the new academic left’s latching onto neo-Marxist identity-victim politics…and the response to that being the Don. 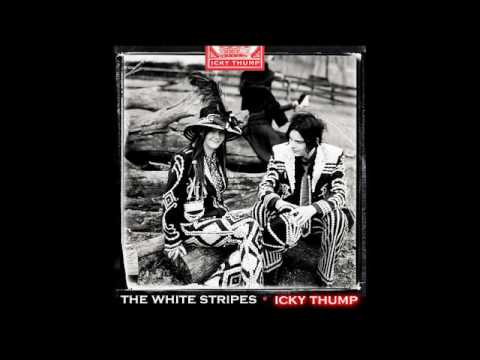 Lee Smith has a new book. Looks like he goes into a much broader look into policies that date back decades and a much wider analysis of those who make up a larger picture including foreign countries that have found themselves involved in the US political process. He does an interview discussing his book which I added below.

As if these are two separate things.

That which does not work is demonstrably false. That which works is as close to truth as makes no difference. The universe is an intelligence test.

Also, nobody ever got to the moon using what is not useful.

I’m not going to buy this book, but the write up is hysterical…like really hysterical.

If there is not a revolt against these trends, the United States could become China-lite, whereas Big Brother monitors and regulates every aspect of our lives based on the ideological priorities of the ruling class.

In other words, the uber-rich and their intellectual cohorts want to buy off working-class folks, hoping over time this inferior surplus population decreases.

An example of the future that has arrived is California.

The nation’s most populous state, where Kotkin has lived for over 50 years, “suffers large-scale middle and working-class outmigration and the highest poverty rate, adjusted for costs, of any state.”

Thanks to government policies driven by gated community tech geek residents, the clerisy and San Francisco and Hollywood beautiful people, California’s “level of inequality is greater than Mexico.”

Eighty percent of the new jobs created in California during the past decade were “below the median income and half of those under $40,000.”

And many low-paying workers are employed by the elites to clean their mansions and to manicure their lawns.

“We are moving,” Kotkin writes, “toward a future that most of us may not desire, with highly concentrated property ownership, a concerted drive for even greater urban density, few families, and a declining middle class.”

Recent congressman who used the power of questions well to get his point across.

Former congressman and prosecutor Trey Gowdy teaches you how to effectively communicate and persuade on the issues that matter most to yo...

Finished this yesterday. I think he presents the damaging effects alarmism has had on doing what is actually good for the environment and for people very well. I posted a link here yesterday about a renewable solar project that was getting push back because the space needed would kill endangered Joshua trees. I did three minutes of junior forensic work and found that yup, as the book said, the backers of the renewable project include folks who own or run big Fossil Fuel interests. I see the EU has doubled down on renewables…which means that they will truly really need Russian oil and NG for the foreseeeable future. It’s like these people have no sense of history.

All in all, I highly recommend it. I lurve the Earth and I lurve the idea of people being middle class. Rich countries telling poor people and poor countries to burn their own shit to light their houses is hypocrisy at its highest. Telling them to not cut down their trees is ironic given that that is exactly how they got to be industrialized. Fact is we can make the world cleaner and humanity more prosperous at the same time.

Now, onto this one:

Aptly titled. Could have also been The Man Too Big For His Britches.

Finished it in 2 days. I could hardly put it down. The most interesting and inside view of 4 books I’ve read on Trump recently.