I’m only eight hours into Gujian 3 (古剑奇谭三) but I’m really enjoying it so far. I was looking for another RPG after playing three Elder Scrolls games in a row. It’s a beautiful game and has what I was looking for: Lots of story/lore with puzzle solving, humor, and adventuring mixed in with the fighting. 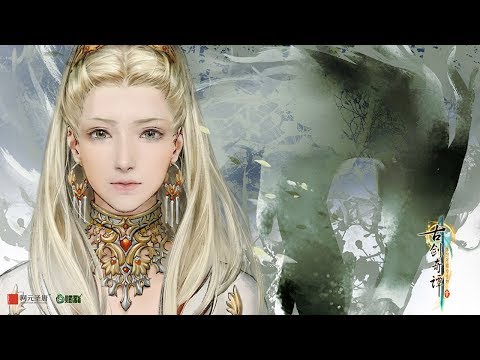 Is this a MMO? I have not seen any non MMO game titles in Chinese at all.

Is this a MMO? I have not seen any non MMO game titles in Chinese at all.

Nope, single player. From the comments I’ve read online it seems that a lot of folks are surprised by this game. Some people call it the Chinese Final Fantasy. It came out at the end of 2018 and English subs were added a year later.

I was also going to put Soul Calibur VI, but not sure if anyone plays this these days.

Neir Automata just seems full of LGBT references though… lots of gay and lesbian characters. Even the playable characters just seem all gay. Then there’s Adam and Eve, and they both look like men, except Adam looks like a woman and eve looks like a man.

I heard the entire Nier franchise is full of LGBT stuff.

I noticed that. I think there was some lesbian subtext going on in one of the side quests too. But I just figured it’s just Japan and not to overthink it.

By the way I did watch some youtube videos but I highly recommend you play Nier Automata at least 3 playthroughs before you watch them (as you need to play 3 times to beat the game and the playthroughs are completely different).

So essentially Drakengard is the world after an event where some magic started happening, and then a big city called Midgard was formed because of this. But essentially there are dragons and all that (this is very simplified mind you). Now there is a “joke” ending of Drakengard 3 where the main character and a dragon teleports to modern Tokyo and that of course ends up causing a disease called “white chlorination syndrome” where people either turn into mindless monsters or into salt (basically die). Then in Nier Replicant/Gestalt the scientists started Project Gestalt in order to save a person’s soul and then at a later time transfer that soul into a replicant body that is without the white chlorination syndrome. Then a pair of replicant, known as Devola and Popola was tasked with overseeing the reintroduction of humanity into replicant bodies. Problem is Project Gestalt was a failure and the replicants became self aware and developed its own distinct personality. And the souls went mad and turned into monsters.

So essentially humanity died out, then some alien showed up, and Project Yorha was started in order to give these androids a reason to fight as they are designed to defend humanity. By the way Devola and Popola is in Nier Automata too.

By the way I watched the videos on youtube because I can’t play Nier Replicant/Gestalt since I don’t have a console.

Oh and by the way Just Cause 4 is pretty good and included in the xbox game pass, another game published by square enix…

A few shops in Taipei underground mall have systems up and running and people walking by and playing.

Cool, I had popped into a few of those a couple of months ago but none had one

I’m living close by so I popped into all the game stores and none had ps5s playable or anything. Do you know where you saw this? I walked the entirity of the mall(s)

I’m going to say around Y11 or Y13. There are some benches between the two main hallways and people sit there and watch other people playing the games.

Weird. Yeah that’s where all the game stores are clustered but I didn’t see anything like that

Perhaps closed due to the pandemic?